the mushroom told me 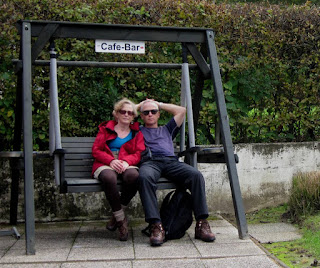 We found a café-bar but it had closed for the season. The advantage of travelling off-season is that there are less tourists but also less tourist infrastructure. 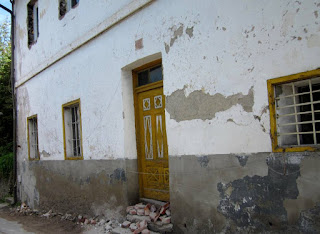 We  continued on our way past a mysterious yellow door and a canal that ran milky green on one side and clear on the other. 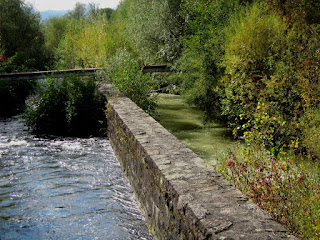 There was a castle but only the eagles were fed there. 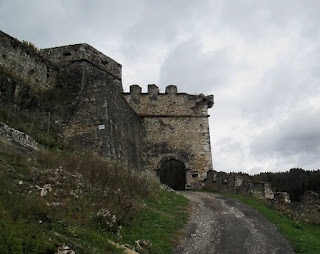 At the lake I called for the fish that’s supposed to grant three wishes, but he must have been sleeping. 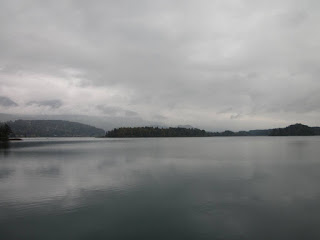 I thought this one would help but he had only earnest exhortations about the fine quality of the drinking water (which it was). 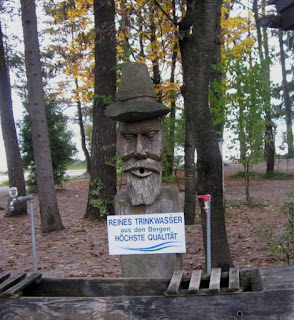 I wondered if it was wise to enter what I believed was a Grimms fairytale forest, but R was ravenous and tromped ahead. 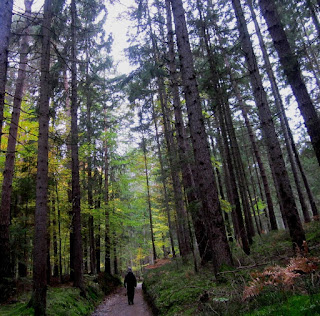 When he found a mushroom the size of a human head, he wanted to break off a piece—à la Hansel and Gretel—but I wouldn’t let him. 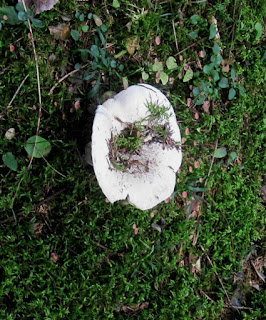 In return, the mushroom told us to continue through the forest past the troll house. 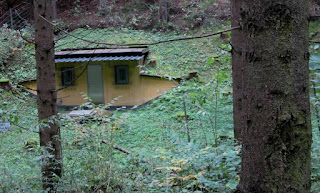 Listen to mushrooms. At Finkelstein we found a Gasthaus where I had excellent Kasnudel (cottage cheese dumplings). R is eating his soup—with homemade spätzle—so fast that his fork is a blur. 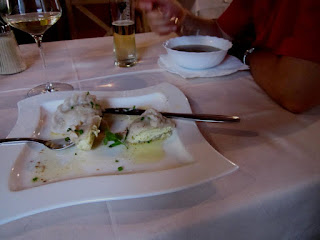 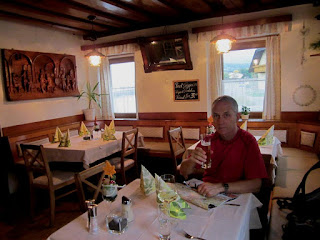 The napkins on the tables are thicker than my bed sheets back home. I kept them for writing letters.