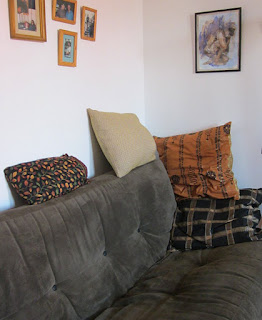 Here, where the skin is smooth—below the collarbone, above the breasts—press your hand flat, slide it down to where the diaphragm starts. Trace the line, almost faded, made by the surgeon in Toronto 30 yrs ago. Do it now before the flesh is cut again.