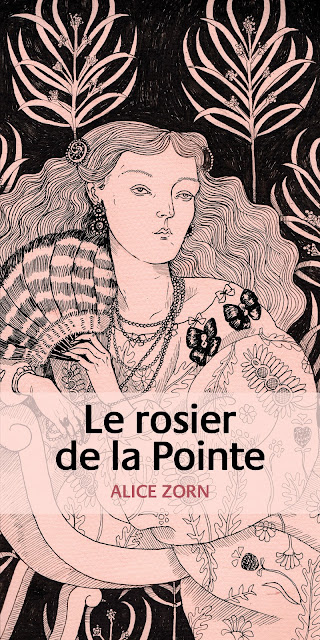 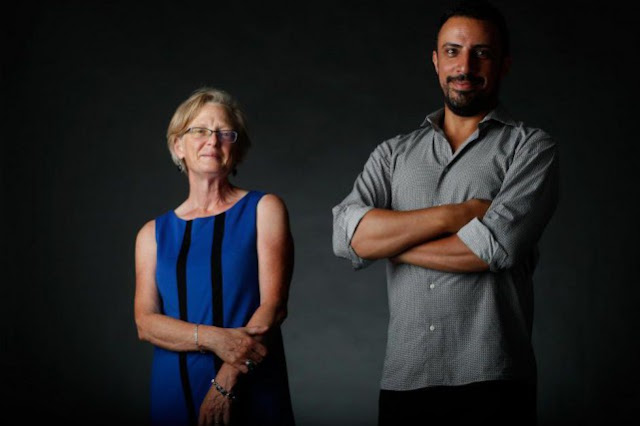 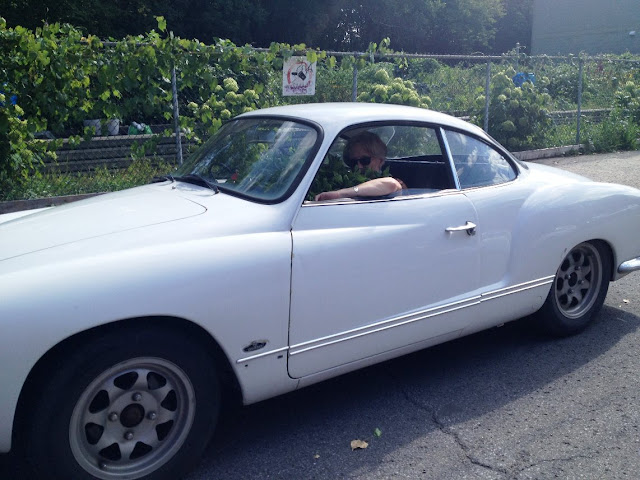 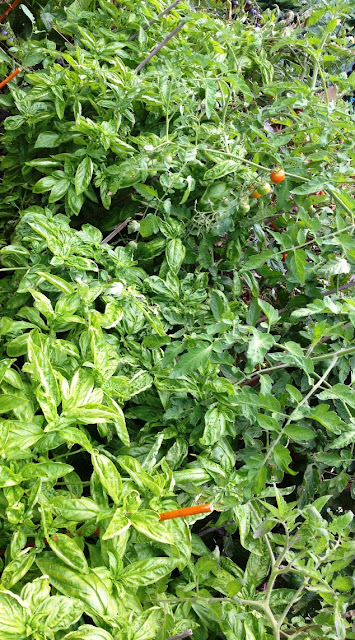 I love my community garden! I go there and feel like I'm in the most concentrated green spot in the city. There are approximately fifty plots and everyone is growing, growing, growing plants. Green beans, onions, zucchini, fennel, rhubarb, lettuce, tomatoes, raspberries, dill, hot peppers, flowers. My favourite plots have clever two-tiered structures with vines climbing up the sides, squash hanging down through the top slats, delicate greens in the shade beneath.  I will try this yet.


I was working in my plot today and another gardener asked why I was heaping damp, mucky soil around my beet roots. I have no reason. I'm not following advice I've been given or read.


But I feel that if *I* were a beet bulb starting to push out of the ground into the hot sun, I would like someone to slap cool mud around me. I guess what I'm hoping, too, is that the beets will keep growing.

Yeah, yeah, I've been known to hug trees too...

This here is all basil except for the tomatoes hanging over the top of their trellis. I planted them close together because basil is supposed to keep tomato hornworm away. Seems to have worked.

I had a good year with both basil and tomatoes and will buddy them up again.


Back in May I actually worried I wasn't going to have enough basil so I planted another little pot. I need to start making pesto. 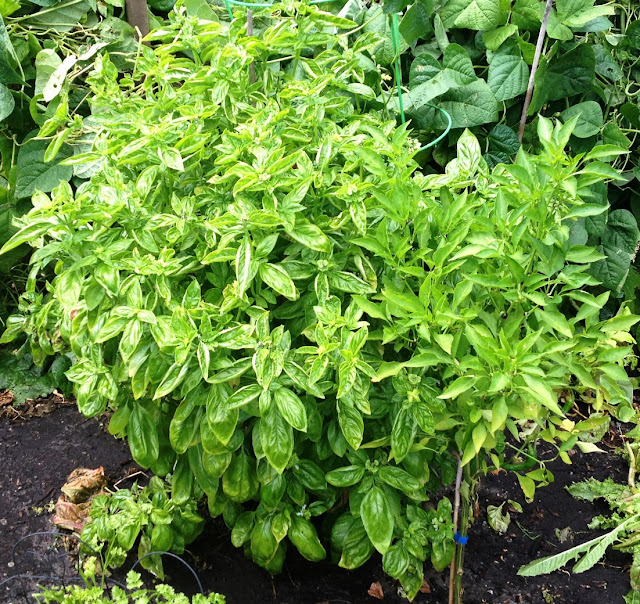 Does everyone do this? When I see a list, I wonder about the order. Especially when it's seemingly random and the organizational principle is ad hoc? idiosyncratic? impelled by...? 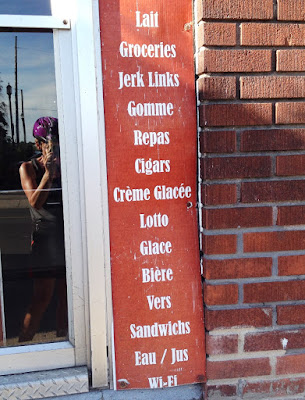 We were cycling and stopped at a dep to buy a drink. The list--the usual Montreal mishmash of French and English--outside the door read:

So you smoke your cigar before you eat your ice cream
chew gum before a meal
milk isn't a grocery
you'll never win the lottery if you don't buy a ticket
ask what a jerk link is
check if anyone liked your last witty comment on social media
buy worms to go fishing
hope the person behind the counter doesn't get confused or worms might end up in your sandwich
Posted by Alice at 9:46 PM No comments:

I've been thinking about my sister-in-law because her birthday is coming up. She had Down Syndrome--and as I usually say after that sentence: "had" not because she was cured but because she passed away a few years ago. (You might find it obvious that she didn't stop having Down Syndrome. It's genetic, not acquired. But every year R had to fill out papers for the government stating that her condition hadn't changed.) Her birthday was the happiest day of the year for her and it's unlikely that date will ever pass without us remembering that it's *her* day.

I'm not writing about her here, only signalling that the many experiences we had with her have left me with a heightened awareness of how people who have been labelled as "not normal" behave versus people who believe they are "normal". 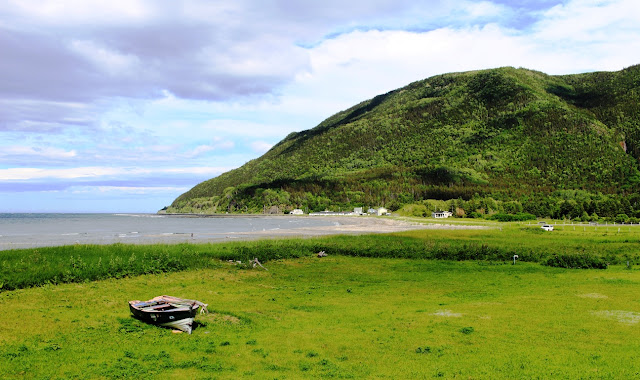 These two incidents happened when we were in the Gaspé a couple of weeks ago.

We were on the beach and returning from a long tromp on the sand to the car. A man walking down the road made a beeline for us. R said, Here comes Mr. Tilly Endurables. Do those stores still exist? They sold chic, high-tech, outdoor wear for people going on Arctic cruises or climbing the Alps. He had the dermatologist-approved, wide-brimmed hat, drip-dry trousers with many pockets, the Safari shirt. He was clean and freshly shaven. Before he was even within hearing range he'd started talking. He spoke well, if too much all at once too fast. He was kayaking from farther up the St. Lawrence around the Gaspé peninsula. It was an ambitious trip but he'd already done a fair bit. He talked about the water, the fish and coastline he'd seen, the villages where he'd stopped. It was too bad the weather had gotten so windy that he was forced to stop here where there wasn't a store but a very nice woman had driven him to the next village where he'd stocked up on groceries including strawberries. What a joy! Quel délice! He asked where we were from. Ah, yes, Montreal. He asked what we were doing in the Gaspé and where we were staying. He said, I'm autistic but I've learned that people like it when you ask a few questions. I can't help that I talk non-stop about myself and what I've done, but I've learned to ask questions.

We wished him a good day and drove to another village where there was a community event. Someone told us that there was a woman at a table who was German. I decided to go talk to her, though the instant I opened my mouth, after her first surprise to hear someone in the Gaspé speaking (my bastardized version of) German, I could only listen because she talked non-stop. Maybe not as fast as Mr. Tilly Endurables but within 15 minutes she'd given me her life story, her romantic highs and lows, her financial situation, her current state. Through some weird, wild fluke, she'd ended up moving from Germany to the Gaspé in the desperate wintry month of March. Why? Why else? For love.

I understood that her need to unburden herself was great, but I was still reminded of our fellow on the beach who had interrupted his monologue to ask us where we were from and what we were doing there. As he said, people like it when you ask a few questions. 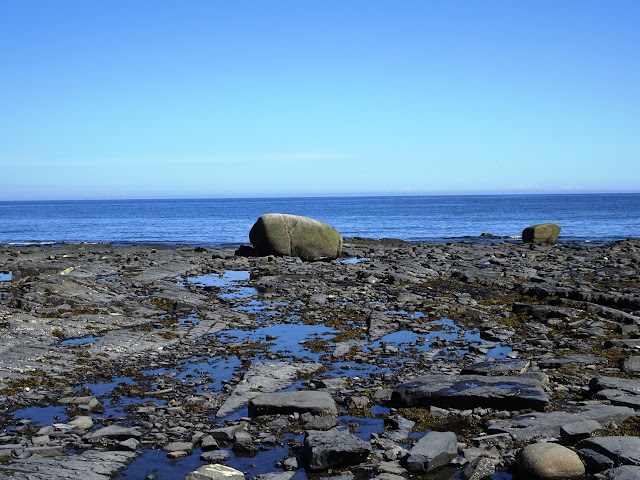