living near the tracks / hamilton, ontario 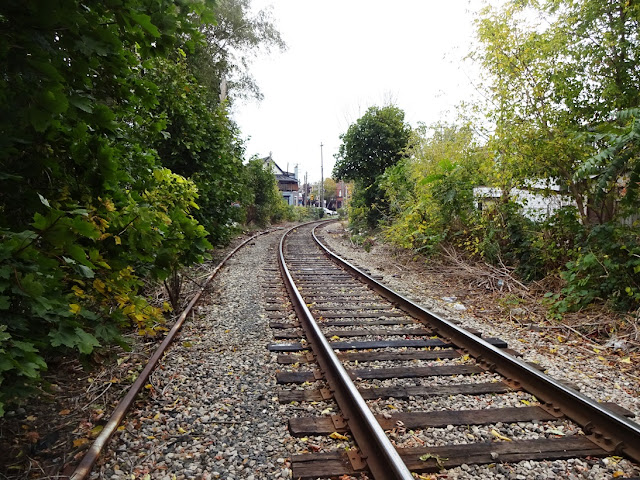 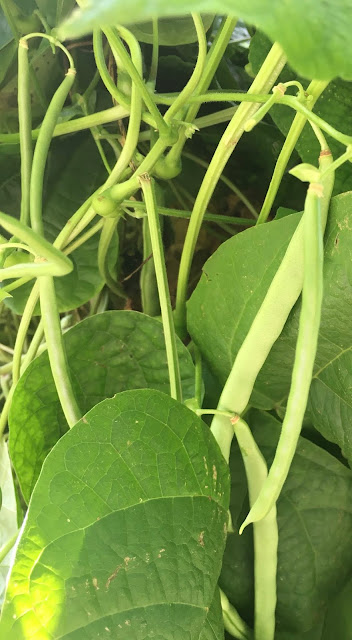 First of all, I'm in the garden. Do you grow cherry tomatoes? Do you know what I mean when I say you have to practically stand on your head to spy the tiny ripe tomatoes under the leaves? They are red! It shouldn't be so hard.

And the green beans. Even with my head under the leaves, I can still feel the beans more than see them – and the leaves give me a rash even through long sleeves. But I still grow the plants because I get plentiful and delicious beans, and I was given the seeds a few years back by a fellow who told me they were from his mother who brought them from Italy a few decades ago. So itch be damned. I grow them and do my best to pick them.

And even then, after being sure I've felt through and rifled and lifted every last itchy leaf, I'm leaving the garden, and what do I see but another clutch of beans I missed. Which makes me doubt and I have to look again.

But I'm not writing about my garden, except to say that it's doing well this year. I'm writing about where it is, next to the VIA Rail embankment and how, when I work in the garden, I hear the trains go by.

And this is what I found out about trains a few years ago when I was visiting family in Ontario. I asked my father to give me the addresses of the places where I'd lived as a baby and a toddler--before I knew where I lived. 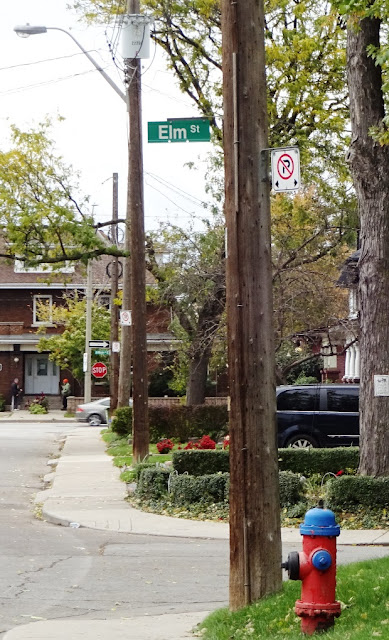 At the house on Elm Street I scribbled a note to leave on the door to tell the people who lived there now that I had once lived in the upstairs flat. Why would it matter to them? I don't know, it was just something I wanted to do.

I have vague memories of my mother telling me that the upstairs neighbour at the time complained about the noise of my shoes as I ran around the flat. I'm not sure why I was wearing shoes inside. Even now, I wonder when I see friends who walk around their places with shoes on. I have no desire to enclose my feet if I don't have to. But maybe it's a European thing. ???

In 2017, I opened the screen door in order to leave my note on the closed front door, and was walking back to the car when a man with a shaved head and pumped muscles burst out to ask what the fuck I was doing at his door. I tried to explain. He wasn't interested, he didn't believe me, he scoffed at my note.

We decided to leave him to his bad mood and walked away, when what I noticed at the head of the street were railroad tracks. That's the photo up top. 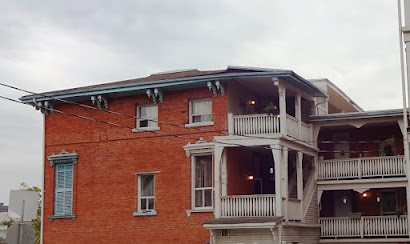 I also visited the apartment where I lived when I was a student at McMaster. It, too, was very close to railroad tracks. I remember I could hear the trains. The building had once been a mansion that had been chopped into apartments. We lived on the top floor in what used to be the attic. The windows were very small, the ceilings not as high as in the apartments lower down. But I loved the large balconies that had been added to the back of the building. We had a Sally Ann sofa and coffee table on ours. The balcony was larger than any single room inside the apartment. In warm weather I sat out there in the rain and read. Everyone else was outside on their balconies too. A folk musician of modest renown lived below us and he had lots of cool friends visiting. Often I wasn't reading. I was eavesdropping. 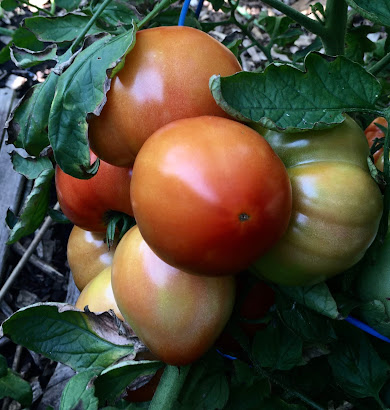 Now for almost 20 years I live in Pointe St. Charles in Montreal.We moved into our house in November, and were sleeping with the windows closed. Yet every night when I was reading in bed, I noticed that one of the closet doors rattled at 11:15 promptly. I mentioned it to my neighbour at the time who was Mi'kmaw. He told me not to worry about ghosts because he had smudged the house. I wasn't thinking of ghosts, though there were a few reasons why there would be restless spirits in this house. The 11:15 rattle continued. It was only late next spring when we were sleeping with our windows open that I finally heard the long freight train that passed at 11:05. It took ten minutes for the reverberations to hit our house.

When I saw the railroad tracks so close to the first house I lived in as an infant in Hamilton, I realized that this is a sound I've been hearing for so long that it comforts me. And when I work in my garden, there is greenery and growth and bees and soil and fresh air and the birds in the trees (and the rustling of the groundhogs and the squirrels), and every now and then a freight or a passenger train goes by on the tracks above the community garden. And it is good.