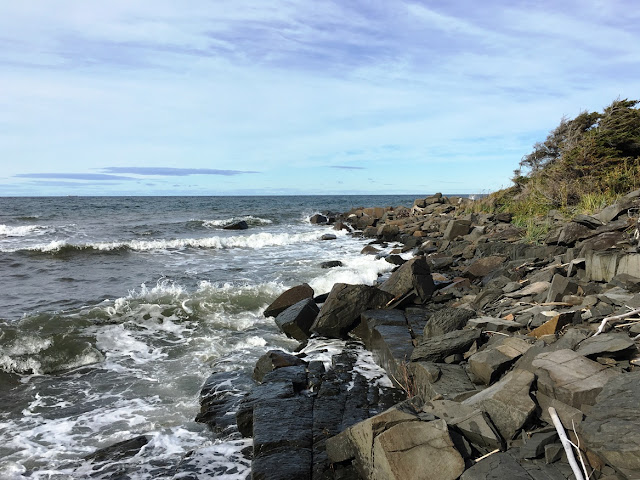 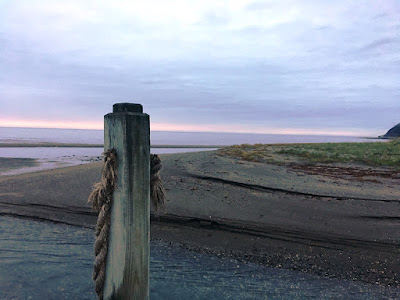 Although it was a suprise to return to Montreal, and the leaves were still green on the trees after we'd seen the hills by the sea turn orange and bronze with a few flaming red maples--the autumn colours heightened by the fir trees looking all the more green, even black, in contrast--the trees in Montreal are now bare. Most of them. Which is a roundabout way of saying that time has passed, but yes, a month ago we were by the sea.


Some days the sky was wide, open blue, others we had clouds and mist. Some dawns were pale mauve, some tangerine, some grey. Every sunset is different. We walked by the shore--sometimes rocky, sometimes sandy. We walked in the hills. 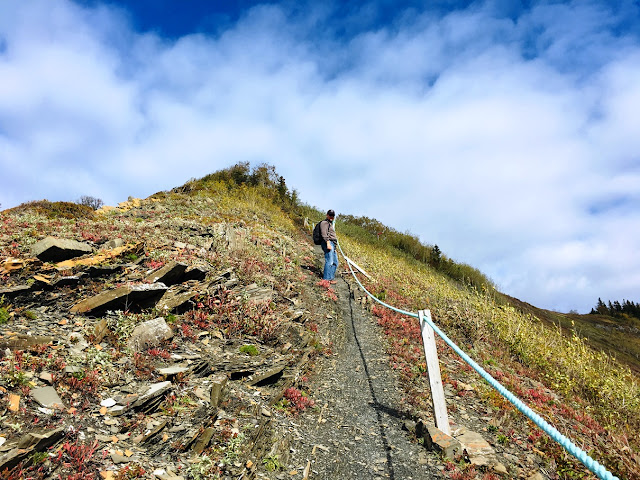 We worked on the house some more. I painted the small bedroom floor while R sanded the larger bedroom floor which we decided to varnish. (Furniture still to come.) Both of these bedroom had to be made--walls, insulation, drywall, plastering. I've always wanted a red floor. 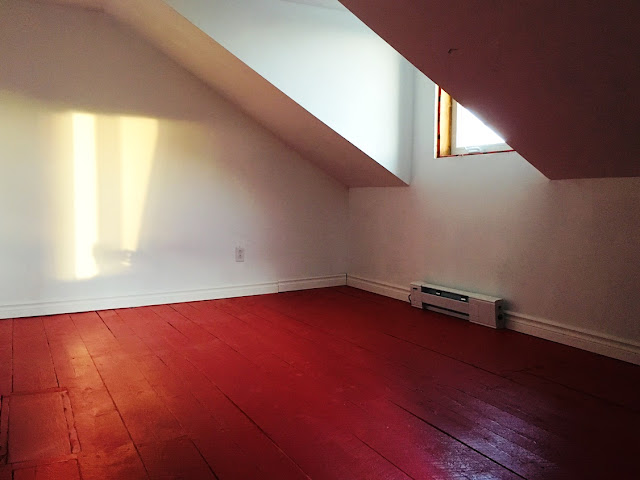 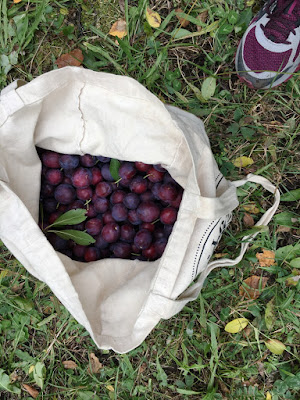 Our neighbours, who live elsewhere but come to the Gaspé as we do, are gifted gardeners. They grow even fruit trees in a climate* that's generally thought too short for anything but lettuce and green beans. This year they had to return to their winter home before they could harvest the plum tree. Two huge sacks of plums, so I made Zwetschgenmus or plum butter. I've always thought fruit butter was hard to make but it's easier than jam. It gets baked in a slow oven (200F) for 20 hrs. It only needs to be stirred every few hrs and uses minimal sugar. At such low heat, you can ignore it.

*The climate in the Gaspé is changing as it is everywhere. This past summer there was hardly any rain and the temperatures have been higher for longer periods than previously recorded. That is not good news, since in the winter the Gulf of St. Lawrence doesn't freeze as it used to and the violence of the water is eroding shorelines, low-lying villages, the highway. 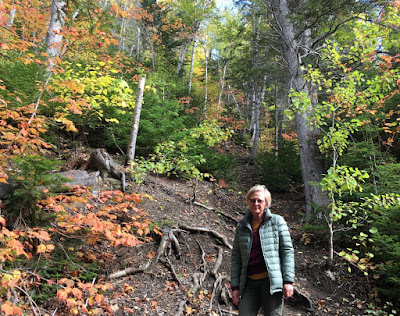 Here's me on my birthday. The pic is already outdated since I now have very short hair. We had brunch in Mont Louis, then climbed Mont St. Pierre (430 m/1400 ft). R made supper to have by the fire.


The first pic below is from our porch, which is called a gallery in Quebec. The second is a house up the road that has looked like that for  ten years, including the car. The third is in Percé where we spent a night on our way home. 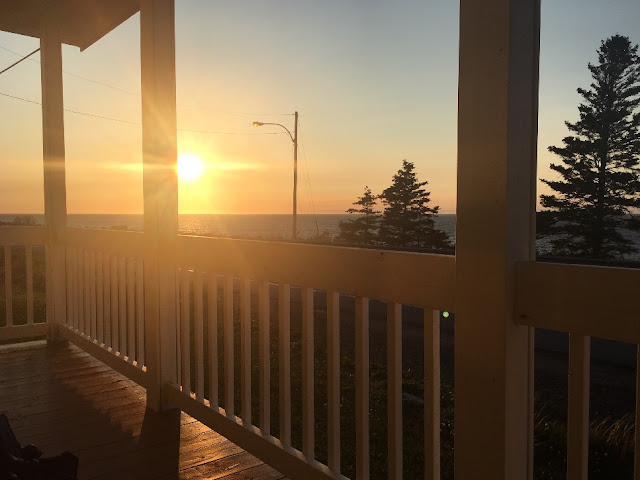 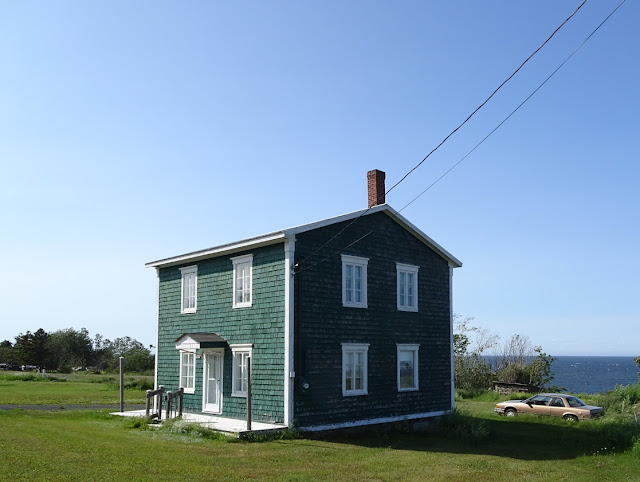 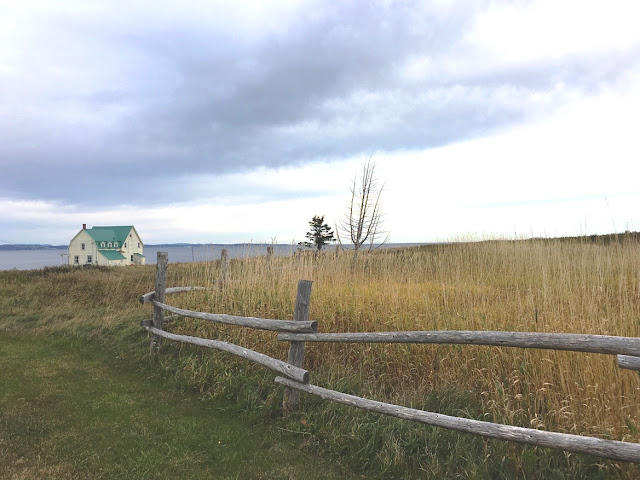 Here, we were on the way back to Montreal... Picture on the go, from the car.