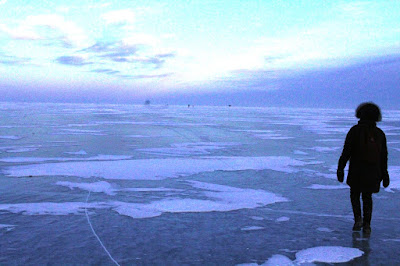 For the boy who did NOT want to come it was interminable. Not to mention the long day ahead of freezing because he ALWAYS FROZE when they went ice fishing.

His brother, next to him, stared out the window at the rows upon rows of frozen sunflowers, the snow, the blue sky, imagining his fishing rods hooked over deep icy holes.


THIS IS SO STUPID! WHY COULDN'T I STAY HOME? I'M OLD ENOUGH! Such a small body but an enormous bass voice.

I took out a notebook and pen and asked for the name of a character.

Dequavis. I asked to have it spelled. I asked what it meant and was told it was just a name.

Okay. Dequavis was our protagonist or hero. I explained that the hero did not have to be heroic, that in fact a flawed protagonist was more interesting. 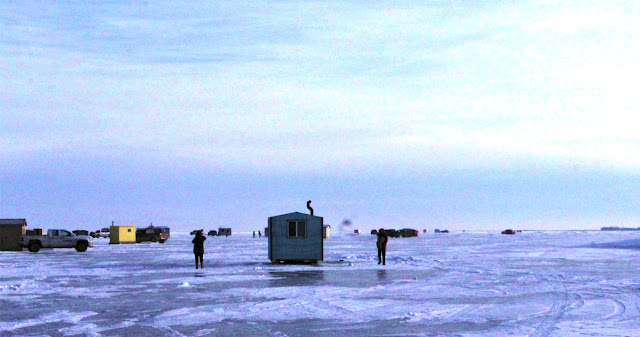 Now we needed another character who would either be Desquavis's tag-along sidekick or his antagonist.

I explained that an antagonist would give us conflict. Big Voice bellowed that he wanted an antagonist and his name was Antonino.

Dequavis said he had a dog and the dog's name was Coco Chanel. I asked how that would sound shouted across a park.

Big Voice decided he wanted the antagonist to have a sidekick. His name was Tyrone. Tyrone had no salutary influence on Antonino. He was bad news.

So, okay, I said, let's get back to the protag. I asked them to describe Dequavis. He was a loner with piercing eyes. He did not wear glasses (said the boy who wore glasses). He was fastidious to the extreme about his sartorial elegance. This last was a contribution from the front seat where the parents were driving.

Antonino was 4'5" and strong as a steel cable. On his upper arm he had a tattoo of a heart inscribed To Mom.

This latter fact was hollered with footnote directed at the front seat: nobody who wasn't allowed to stay home alone would ever inscribe a tattoo, To Mom.

Here's the same mom helping to make a hole with a manual augur through the deep ice of Lake Winnipeg. Note that there were no other moms helping make fishing holes that afternoon. 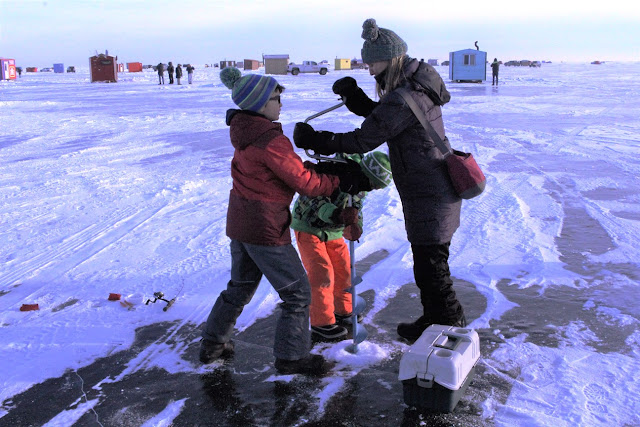 I asked if Antonino had any special skills or knowledge. He knew that you must never add pineapple or kiwi to jello. It won't gel if you do. This had to do with enzymes and proteins. What initially sounded like a silly bit of information was based on scientific fact.

Given which, it perhaps wasn't surprising that Antonino was the owner of a software company called the Company for Useless Information. This was where clients could get information that no one needed to know but that accumulated anyhow. So it was explained to me.

At this point, we began to see signs that we were arriving at our destination, Gimli, Manitoba. Lots going on... 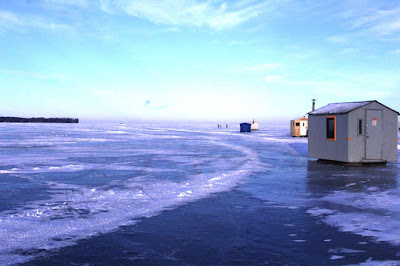 Here's R with Antonino who, after a glorious afternoon on the ice, decided that skating was his new favourite hobby. He didn't mind at all that we stayed on the ice till sunset. 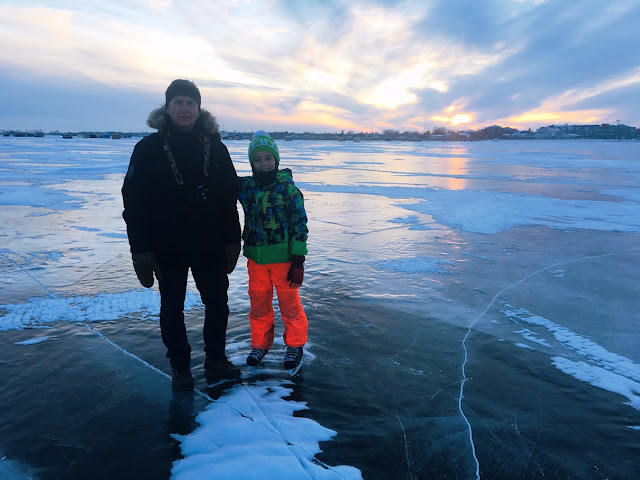 I found these scribbled notes about Dequavis and Antonino yesterday when I was looking for a notebook.
I think that's me in the first pic up top. Or a stranger wearing my coat.
Posted by Alice at 3:11 PM No comments: