a room with a view in Vienna 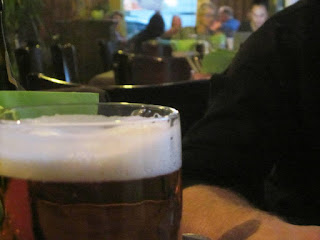 Three tables away an older woman is dictating—word for word, no notes—to a younger woman who is typing. (Do people still do this kind of work?) The older woman seems to be writing a memoir that has to do with the role she played in getting state funding for kindergartens. She had to prove the psychological and physical developmental benefits of early socialization. Lots of dry abstract language.

Directly out the window is a cream-coloured building with decorative frieze work and wrought-iron balconies. At an angle I can see the Naschmarkt or market which is closed just now. When it’s open, you can buy herbs, fruits, honey, sausages, oysters...
In 1977 I bought a second-hand top hat at the Naschmarkt for a man with flamboyant tastes. We’d already decided to split before I came to Europe, but at some point while away I felt nostalgic and decided to bring him a gift. It wasn't a collapsible top hat and I had to carry it in a separate bag on the plane.

If my parents hadn’t left Austria and if I hadn’t been born in Canada, I think I would now be living in Vienna. The city fits me, I can feel it. The tempo, the people, the mood. I wouldn't need much, just one of those little windows at the top of a building where I could look out and write. 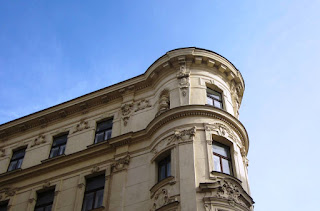 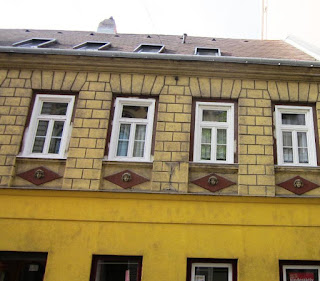 It's not impossible that I would be a writer if I were living this other life in Austria. My grandfather Zorn wrote a novel. It was about his first love who wasn’t allowed to marry him because her mother had died and her father expected her to stay home and keep house for him. In protest she ran out into a snowstorm and froze in the snow. Or she and her father were on their way somewhere during a snowstorm and she got pneumonia and died. Or her father threw her out the door into a snowstorm when she insisted that she meant to marry my grandfather. 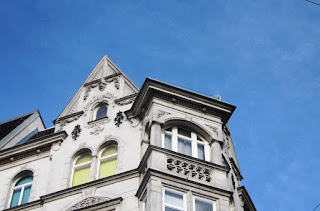 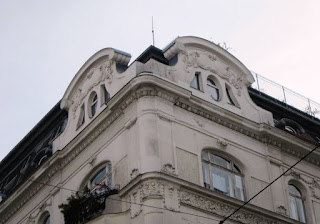 I’ve heard different versions of what might have happened. The upshot was that she died. She either already had a newborn or she gave birth while she was dying. In the coffin photo she has a newborn at her side. My grandfather still had the coffin photo in his wallet when he died at 88. My grandmother buried it with him and said, Now he’s with her, I hope he’s happy. She knew he hadn't married her for love. He'd needed someone to keep house for him. Several women in my family had their fate decided over this matter of keeping house. 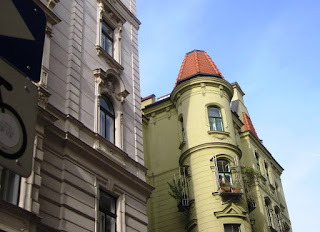 The two women are still working hard on the manuscript, though just now they’re having a mild disagreement over whether to use a period or a dash. Through the wall I can hear the schnitzel being pounded in the kitchen. 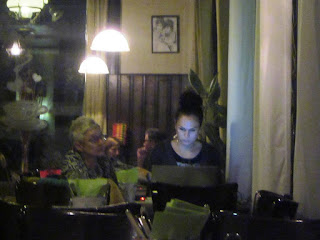 On another note, the time changed last night. Spring forward, fall back. Daylight savings. This afternoon when we were walking I noticed that all the public clocks have already been changed. Even on stone church towers several centuries old. Who climbed up there? And when, at 2 am? 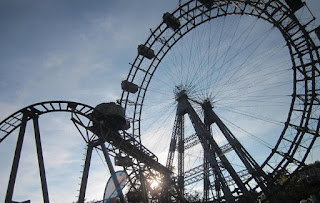