Here's an etching to help motivate people to vote. My aunt has this astounding copy of Grimms fairytales illustrated by Gustav Doré. 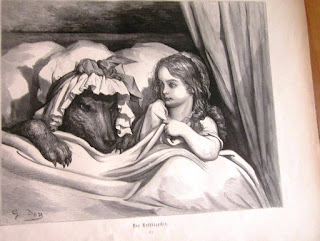 Despite mostly grey skies, it's not all grim here. There's been cycling past cornfields and rivers and lakes with a view onto mountains. 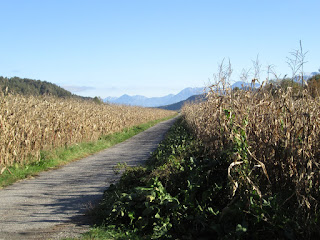 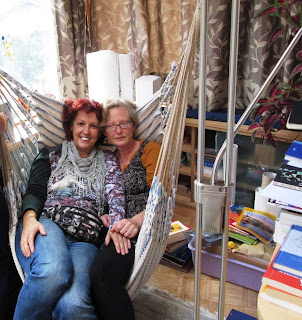 Doesn't everyone have a gold tree on the ceiling of their bathroom? 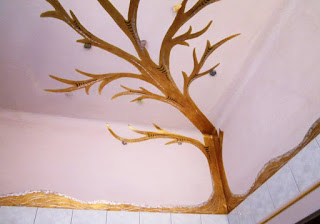 R got a Klimt tie as a present which he's wearing with my cousin's snazzy glasses. 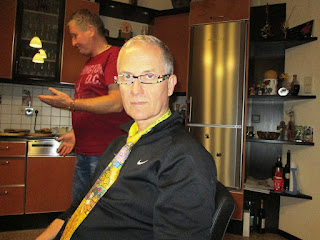 If you wonder if it's true that in Alpine countries cows gambol about in the meadows, have a look bottom left. I've been learning about restoring centuries-old statues that were *cleaned* by slapping on a coat of white paint. The white paint is now removed--very carefully--revealing the original colouring that is freshened. I learned, too, how the expression on a statue's face comes from the brush more than the chisel. I've now seen several version of the same statue with expressions that range from glowering to mild and sweet. 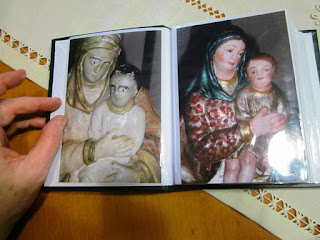 We were so fortunate as to be invited by a countess on a private tour of a castle built in the 1500s. 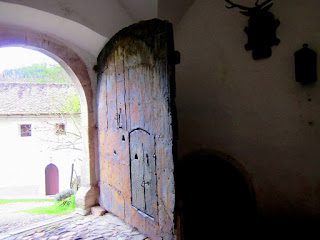 On another mountain entirely we found a hut with flax that a character from a fairytale might one day spin into gold. 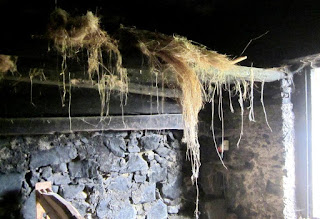