Who goes to Winnipeg in the winter? We did. Fortunately it was balmy. (On our last winter visit temps dipped to -40C.) 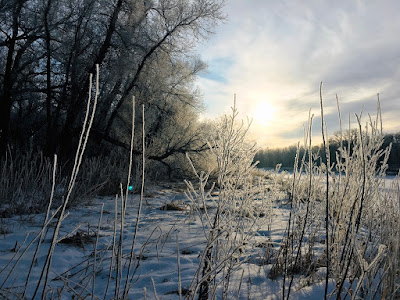 Tops for an outdoor adventure was a walk at Beaudry Provincial Park with the trees covered in hoarfrost. I don't have an expensive camera and couldn't capture the effect of... walking through a vault of crystallized trees. You'll have to believe me that the whole forest looked like these winter grasses in the foreground.


Tops for the younger boys--the one who wanted to drill a hole through the thick ice of Lake Winnipeg, the one who loves to skate--was a trip to Gimli.

The ice was clear, mirroring the sky at a slant-and-stop that water doesn't. We were there for a few hours--and no, I wasn't cold, because there was no wind, and we also took a walk through the town of Gimli to visit the Klean-All Laundry where R had heard that there was a Poet in Residence. Story about that follows below. 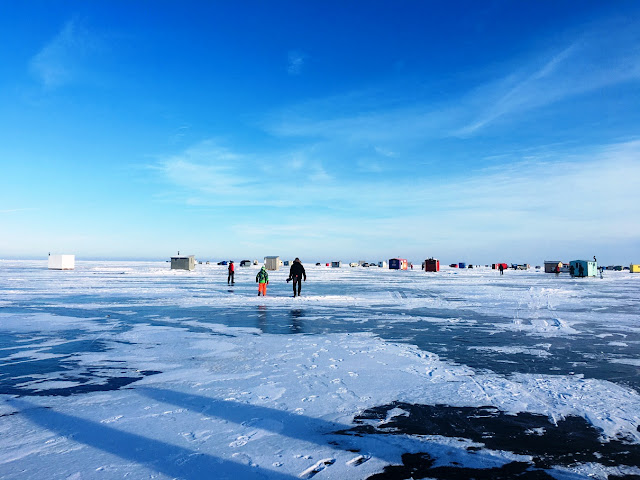 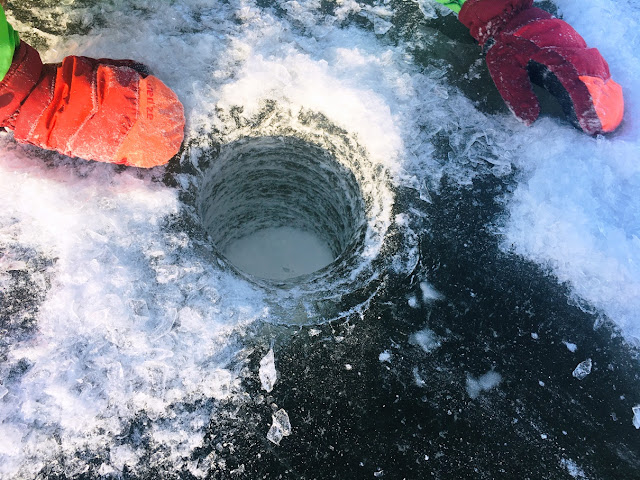 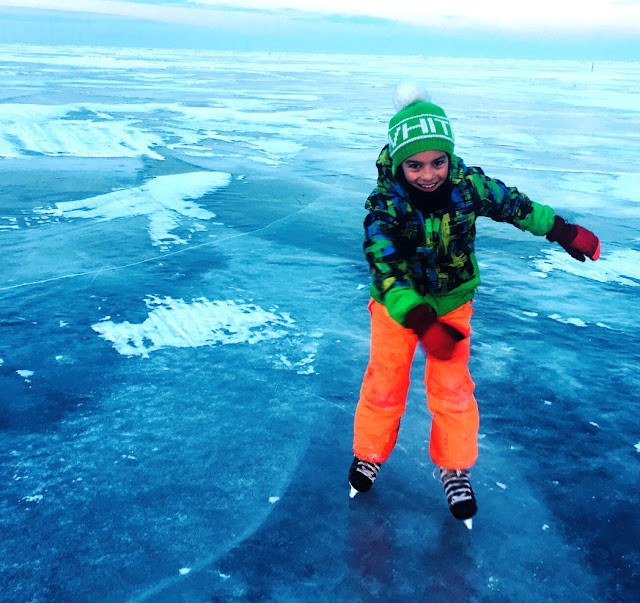 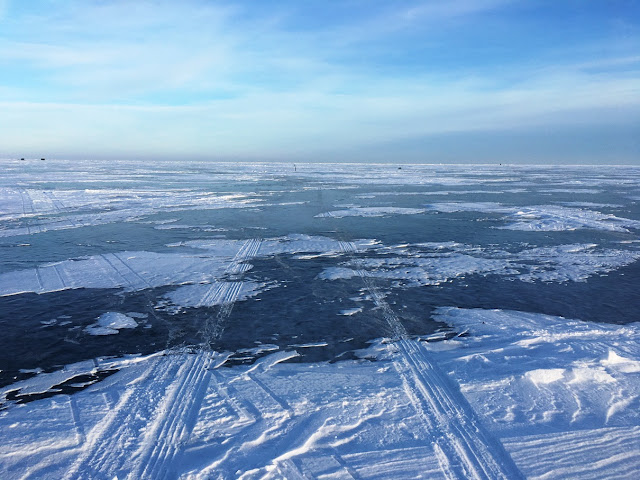 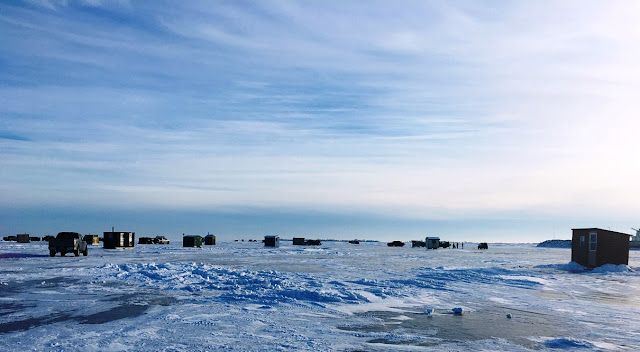 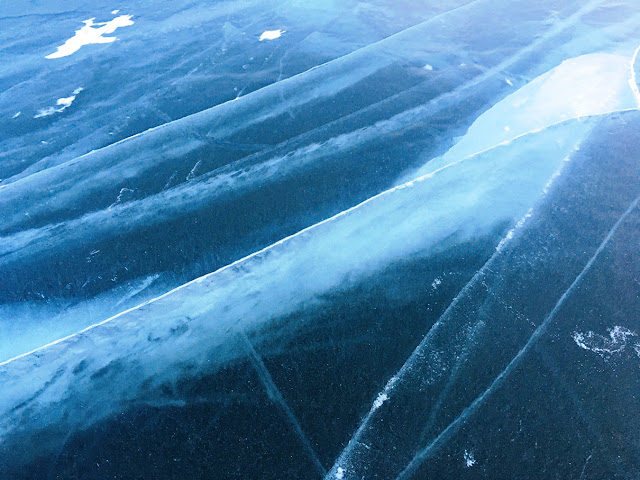 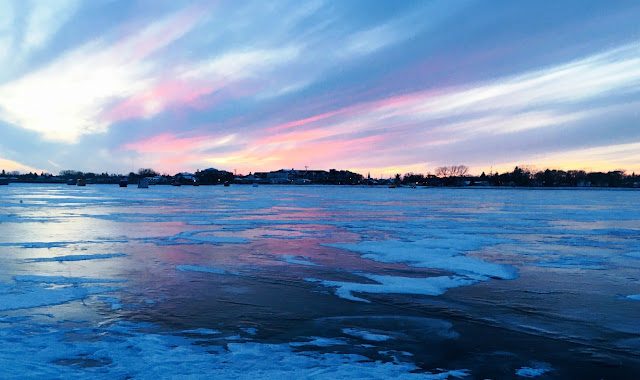 Sadly, for the boy who was hoping to catch fish, none were caught, though he said that it was the trying that mattered. Nor was he the only one sitting by a couple of holes in the ice waiting.

The laundromat. A couple of years ago, R's alter ego, Dr. Alphoneyous Nitpicker, who works as a surgeon at the medical faculty and fast food diner at the University of Gimli, discovered that the Klean-All Laundry in Gimli had a Poet in Residence. He was excited at the thought that he and the poet might share a similar taste for the absurd and he tried to contact him. No response.

There we were in Gimli and of course R had to go looking for the Klean-All Laundry. I went with him so that I could stop at Tim's for tea, having by then spent a couple of hours on the ice. A woman kindly directed us to the laundromat. It had a small Christmas tree in the window and many washing machines and dryers. At the back of the room sat four men with mugs of coffee. They stopped talking and one peered around the machines to see who had walked in. We weren't carrying any dirty laundry. One man asked if he could help us.

R said he had heard that there was a Poet in Residence. Without a smidgen of a pause the man said, Oh, that was a couple of years back. He's at the library now. But the library's closed today.

R thanked him and turned to leave, but I grew up in a small place and knew that the man's courteous answer deserved a few words in turn. I told him we were from Montreal and had heard about the Poet in Residence. The men nodded. Sure, everyone in Montreal knows about the Poet in Residence in Gimli, Manitoba. I said we were visiting friends in Winnipeg and they had a boy who was crazy about ice fishing. The young fella, the first man said. I passed you in my pickup a while ago.

Back at the house there was much cooking and baking: a range of Sri Lankan, British, Prairie and European cuisine. 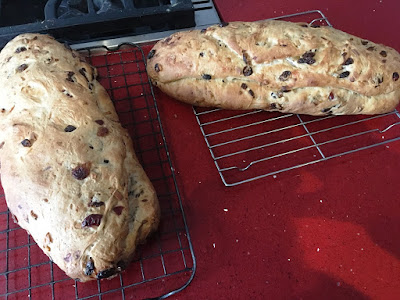 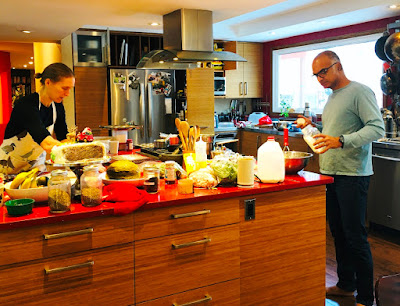 On one of our hikes in the snow we heard--and avoided--the thunks of an axe-throwing competition. 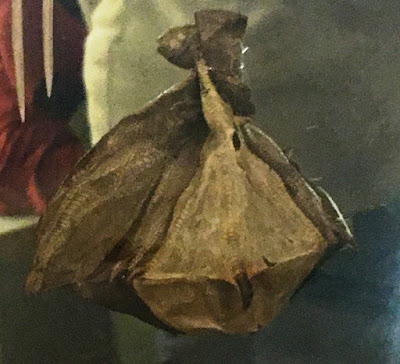 We also went to the Manitoba Museum where I found another bird foot sewing bag. I'm on the lookout for these. The ones I've seen at the McCord Museum in Montreal are made by the Innu and Dene people, the leathery skin of a swan or a duck's foot is shaped into a drawstring bag to hold sinew and bone needles for sewing. This one is made from an eider duck. Note that the claws are still intact. 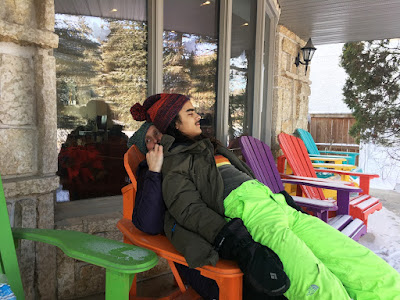 We relaxed a lot too.

In the various ways that we liked to relax. 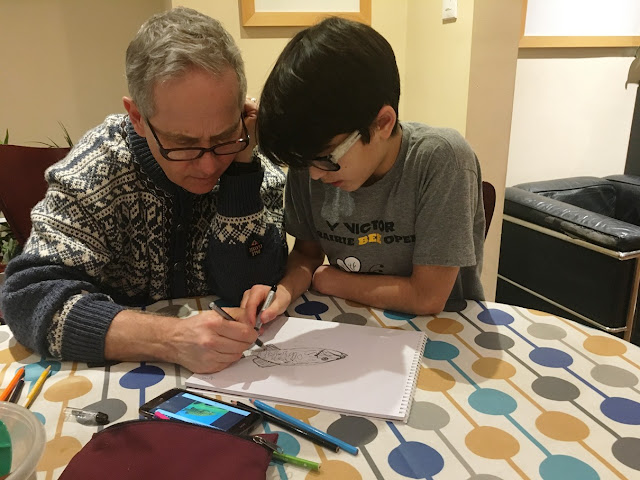 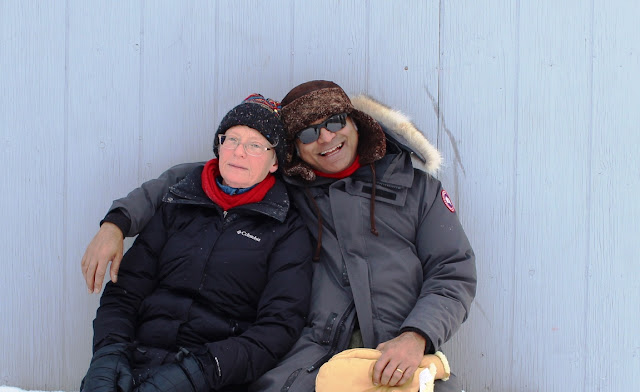