fun things to do in the winter: sunrise 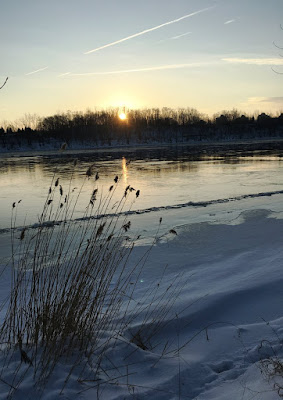 I know the sun is coming up when the sky starts to brighten over the roofs and past the trees I see from the chair where I read. I can't see the sun actually nudge up over the horizon because my horizon is circumscribed by buildings. That's as I choose: to live in the city.

I didn't always get up so early either. For many years I worked evening shift at a hospital. I didn't go to bed till midnight or later. The sun was always up when I got up, even in the winter when it rises later. I never had children that I had to get ready for school. Or that woke me up even when they weren't going to school.

I don't know why I've changed the habits of my adult life and started getting up while the city is still sleeping. Maybe it made more sense to read in the morning instead of at night when my brain is blurry.

A few weeks ago I decided I wanted to see the sun rise on the river. It would be cold but light cuts more sharply in the cold. Or is it the shapes? Silhouettes of trees, the crusts of ice, frozen snow. 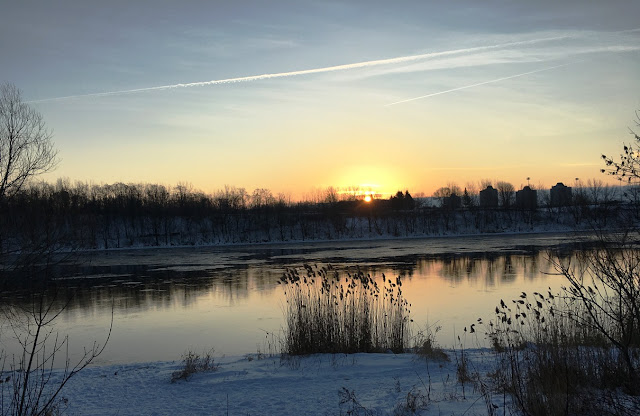 I got up at 6 and had a cup of tea. Pulled on some clothes, took a thermos. The river is a half-hour walk away. Where I can access it, the waterway is narrow because there is an island with condo towers and shopping malls in the middle of the river. Normally I walk past Île des Soeurs or Nuns' Island to where the river opens out, but I wasn't going to make it to see the sunrise. I tried to find a spot across from the island where the horizon wasn't too obstructed by buildings. 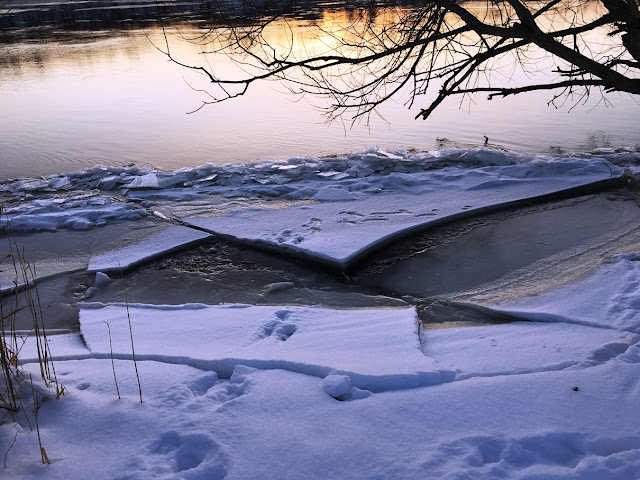 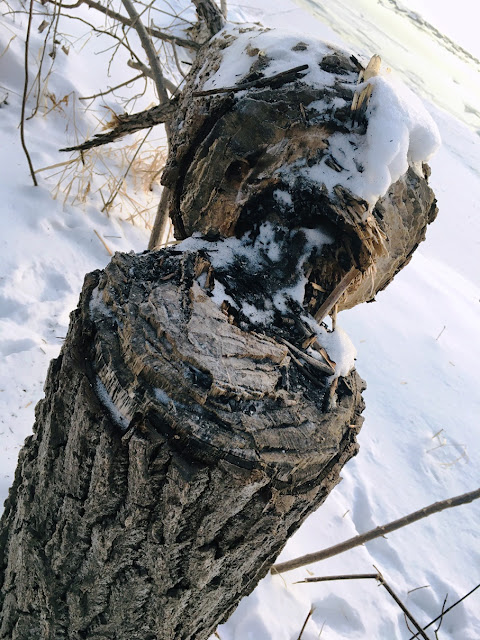 The sun wasn't up yet but the contrails were turning pink. The river was glassy, still and black, the reflection of dawn a yellow-pink sheen across it. The trees and marsh grass were black, the shoreline a sculpture of ice.

My footsteps crunched. I passed a few people and dogs getting their exercise before heading off to work. Evidence of beavers. Also two women sitting on rocks, facing east. 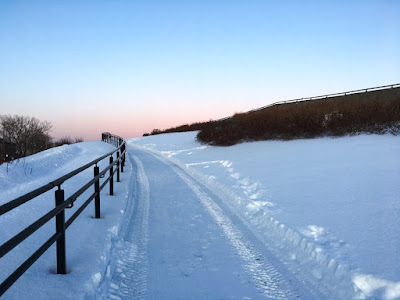 A few days before trekking over to the river, I wanted to see how high I could get closer to where I lived--if I could see the sunrise closer to home.

It's hard because the railyards block the east. But it was the worth the 5-min walk to the hill that overlooks that part of the railyards (not directly east). 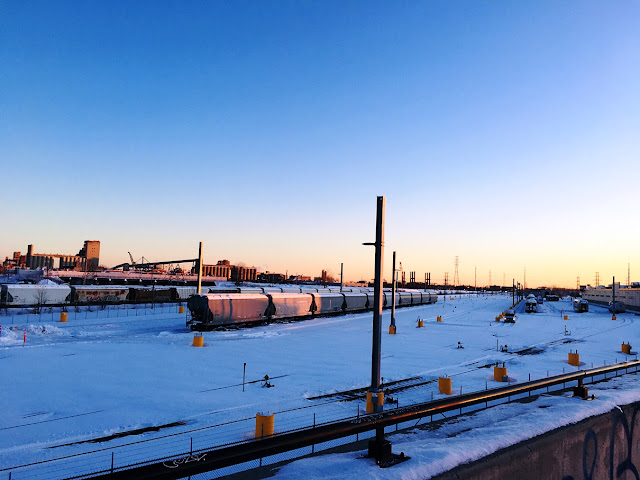 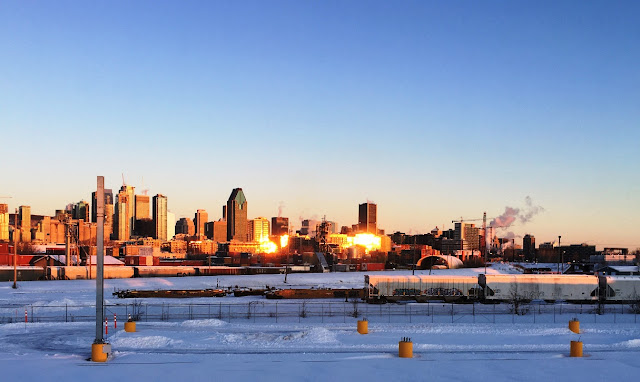 You can of course watch a sunrise any day that the sky is clear, but this is the time of year when it doesn't happen at 4:30.