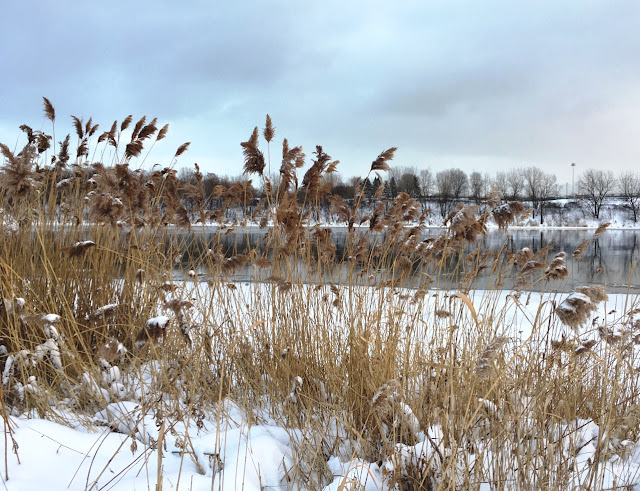 Walking after a fresh snowfall for the textures. The cold, the white, the arch of the straw-dry grasses against the dark mirror of the river... I know these aren't all texture words. I'm also not trying to write poetry. I'm hungry and want to get to the kitchen to start supper. 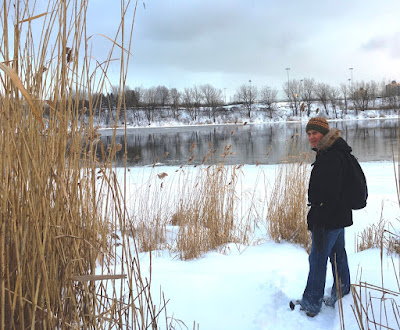 But I also wanted to write this now while I'm still cold from coming home and before it gets dark. We were walking in the late afternoon-becoming-dusk, as you can see by the light.

R is wearing a hat I made when I tried a technique of knitting different colours with the strands of yarn held in both hands. It was fun, but I haven't tried to do it again.


The seedpods look delicate--shivering a little even though there's no wind--but they're tough enough not to be whipped from the branches during a winter storm. I could say the foreground is deliberately blurry but it's the background I wanted in soft focus. There's only so much an automatic can do (especially when you haven't read the manual). 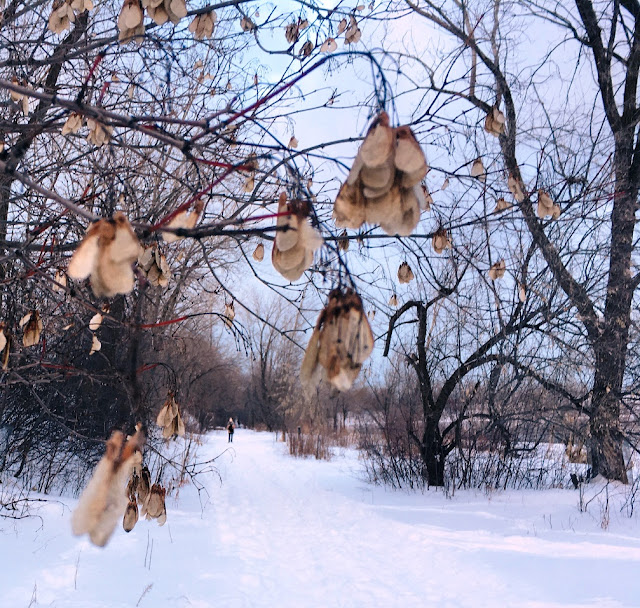 More textures: a moist dog's muzzle in the palm of my hand; the velvety sumac cones against the sky; the snow melting inside my boots because we crashed through snow to get from the path on the bluff down to the long grasses by the shore of the river. Two pairs of socks, long underwear and jeans, how did the snow even find my skin?

Crossing the park, heading home, R says that this morning at seven there were no footsteps. His were the first. 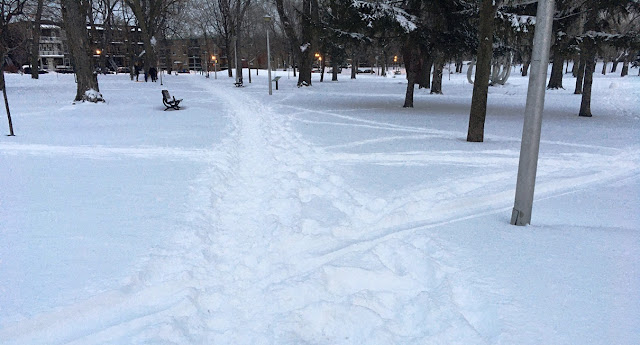