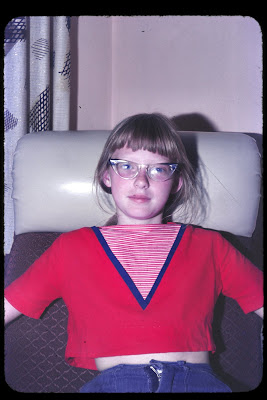 The first I recall is Four Eyes. That would have been a taunt in Grade Two or later, since it was in Grade Two that I had a teacher who decided we should sit in alphabetical order regardless of height or good sense. That put me (very short) in the last seat at the back of the class, at which point it was discovered that I couldn't see the blackboard. I laughed at what I thought was a joke when the teacher asked me to read from the board. Didn't everyone see it as a blur? Apparently not. I got sent to the school nurse for my insolence. I got glasses and dubbed Four Eyes. 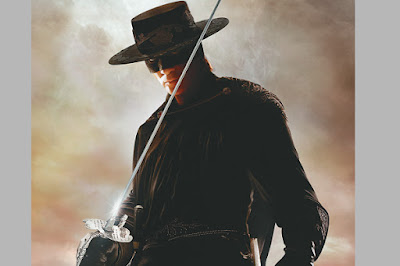 Another schoolyard name for me was Zorro, which the other kids thought hilarious because I was anything but the masked and dashing swordsman in the TV show. Being called Zorro over and over again made me hate my name for years to come. When I got married, I was glad to be able to rid myself of Zorn and be able to take my husband's surname. I can hardly believe I did that now. When we separated, it was hard to get my name back. I've kept it since.

Then there was the Grade Five teacher who called me Little Alice because I was the shortest in the class. He liked to pick me up by my armpits and carry me, legs dangling, up and down the rows between the desks. I was terrified the other kids could see my underpants. I was mortified to be paraded like that. I couldn't do anything about being short. There was no way to protest. He used to crack the ruler on the boys' hands. He was the teacher that the principal (a nun) got to strap the big boys. I think he thought it was cute that he called me Little Alice.

In high school I was dubbed Mole when a classmate observed that my eyes were usually half-closed. They were. They still are. Light is too bright for me. It goes into my eyes and into my brain where it fingers about in an evil way that can give me a migraine. Still: that that fellow called me Mole was funny considering his eyes. He was stoned most of the time. 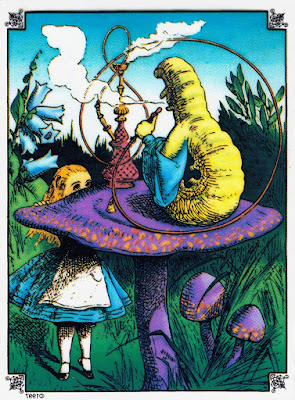 I worked for many years on a surgical floor in a hospital. Every three months we got a new roster of  doctors. They had a lot to remember, but I still expected them to remember MY NAME if they expected me to answer their many questions. To help them, I said I was Alice as in Alice in Wonderland. In French that's Alice au pays des merveilles. For farther-flung socio-cultural context I offered Ali Baba. Most of them remembered that I was Alice. A few called me Wonderland. That was all right. The job felt like Wonderland.


Ten years ago I went to a writing residency where I discovered that I was called Eeyore at faculty meetings. I enjoyed my time there, but maybe I don't seem to enjoy myself as visibly as some do. I have a tendency to articulate problems. So yeah, sure, Eeyore.


Nicknames aren't always mean-spirited. R has one for me. It's private.


These days, when I go to a café where they ask for my name, I say Zorro. 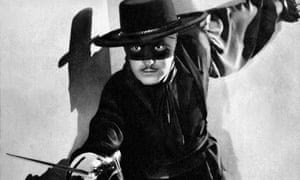