I hope you've noticed that I've grown more civilized in the years (now beginning the fourth!) that I've been gardening. I no longer shriek when I accidentally touch you. That was uncouth, I know, but it's a deeply entrenched behavioural response. Note that I don't say it's instinctive. I've seen young children play with worms -- even try to eat them.

If I ever loved you as a child, at some point I decided you were reprehensible. Because you're not like me with bones, hair, and thicker skin packaging? I don't know. (I'm not even going to mention Freud.) 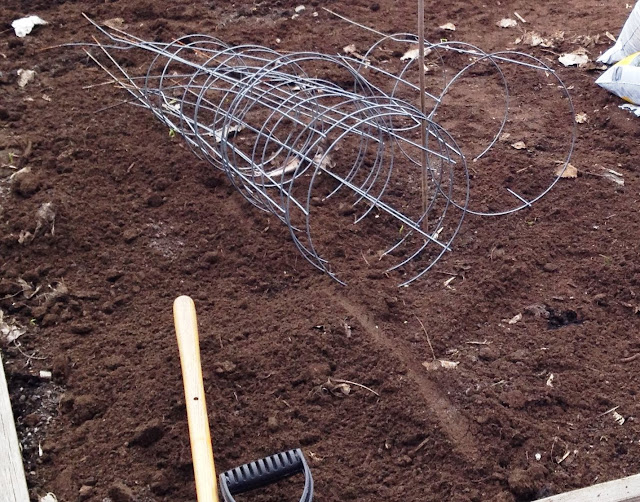 I can't blame my parents because they were a-okay with worms. The more earthworms, the better, since they aerate the soil. Dead earthworms and earthworm poop make great fertilizer. I grew up in an earthworm-positive home.

Yesterday was the first time this spring that I was able to start work in the garden, seeding radishes and beets. Did you see, I planted garlic last fall? The pink string is to remind myself where I've planted seeds because I need visual aids so I don't step all over the place. 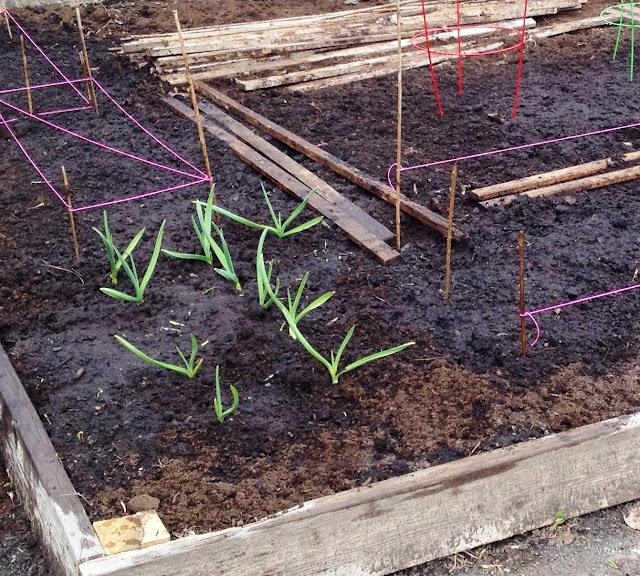 When I had my hands in the soil and and suddenly there you were, I flinched -- okay -- but I didn't shriek. I wasn't expecting you, that was all. Though I do know that's where you live, and I want you stay there because I like you aerating the soil and hope you contribute lots of poop. 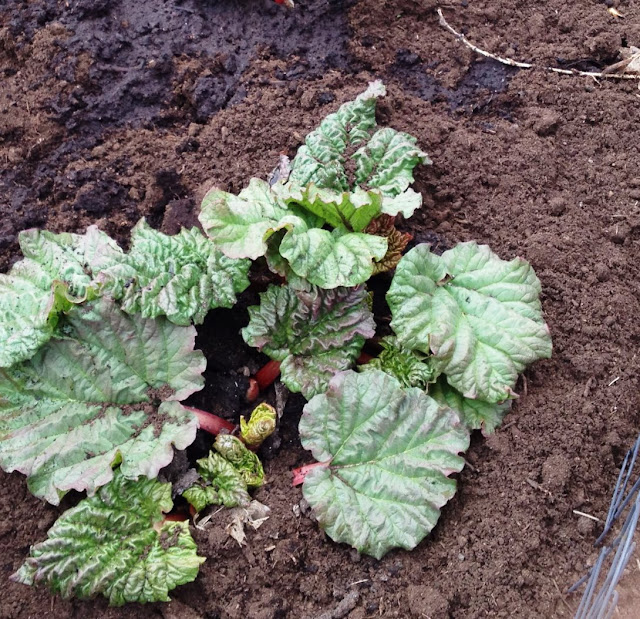 I looked at you respectfully. You sort of flinched too. You'd been disturbed. You were cold, and I understood that a boneless, thin-skinned, hairless creature would feel the cold more than I would. I didn't want a bird to get you, so I nudged you back into some loose soil again.

Gloves on, yeah, because I still have that deeply entrenched behavioural response. But I'm working on it. There is room in my garden for both us.

We'll have a good summer gardening, right?
Sincerely,
Rapunzel (aka Alice)
Posted by Alice at 12:45 PM