Who would not want to talk about their book in such a lovely library, in front of an attentive audience? Thank you to CBC's Julia Caron who interviewed me, the Morrin Centre and ImagiNation 2017 who invited me, the people who came and listened with such interest.

Note that if you're at all interested in Canadian history or the history of old buildings in general, the Morrin Centre in Quebec City is well worth a visit. http://www.morrin.org/en/ The stone building was the meeting place for Canada's first learned society; it was Quebec City's first jail; it was the once-upon-a-time Quebec City campus for McGill University... among other things, and not in that order. There are tours to take you from the chemistry lab to the ballroom to the jail cells.

Although there are more academic ways to discuss the age of a building, I like to look at how wood, stone, and metal are worn. Here's a doorstep on the fourth floor. That's a lot of foot traffic. 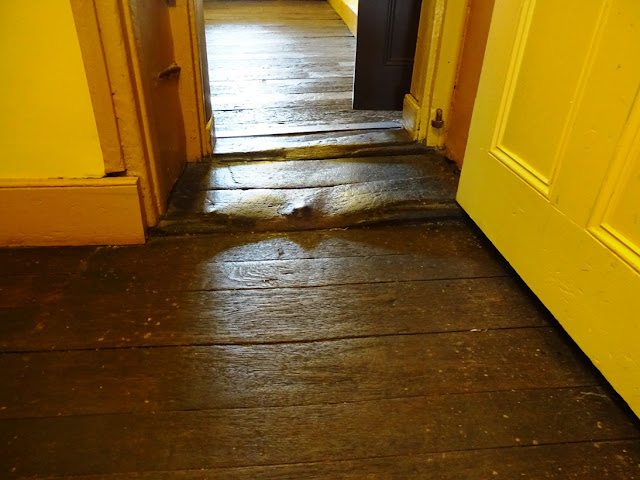 I had my interview in the library, overseen by a statue of James Wolfe--Wolfe of Wolfe and Montcalm fame, Battle of the Plains of Abraham, 1759.

Afterward, I went up the stairs to have a closer look at the statue, which has a long history that includes vandalism, a sea voyage around the world, a stint holding up a sign outside a tavern in London, England. I'm assuming the statue is not life-sized. 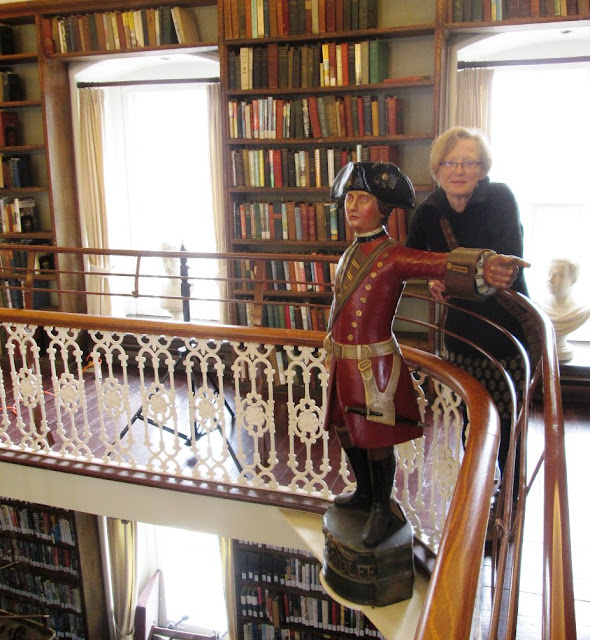 R and I spent some time at the festival and enjoyed ourselves, but we were also looking forward to walking around Quebec City where he was born and lived until his mid-20s. That's a few years ago now. He was telling me the stories of how it used to be.

This building was once a Kresge's where, as a high school student, he sat at the lunch counter and ate fries. 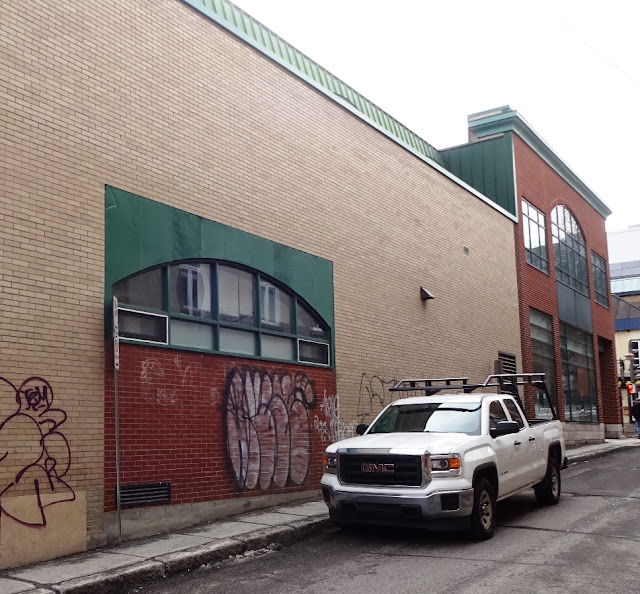 The yellow brick building across the street was a brothel. The staff ate at Kresge's too. 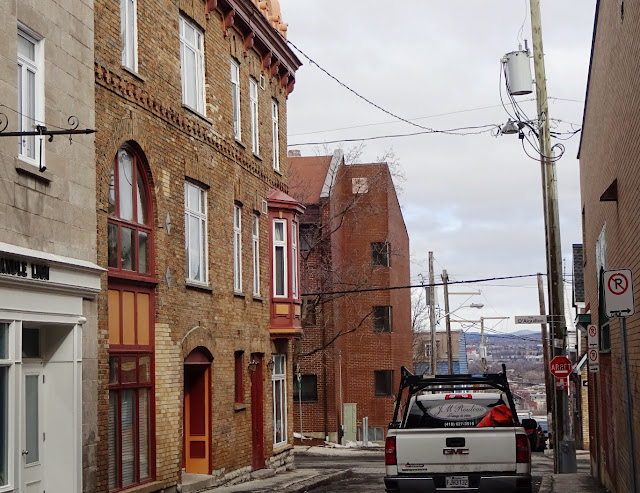 This large boulevard figures in a story his mother used to tell about living at the bottom of the hill. One day a delivery cart was going too fast and the horse crashed through the kitchen window and ended up with his hooves in the sink. 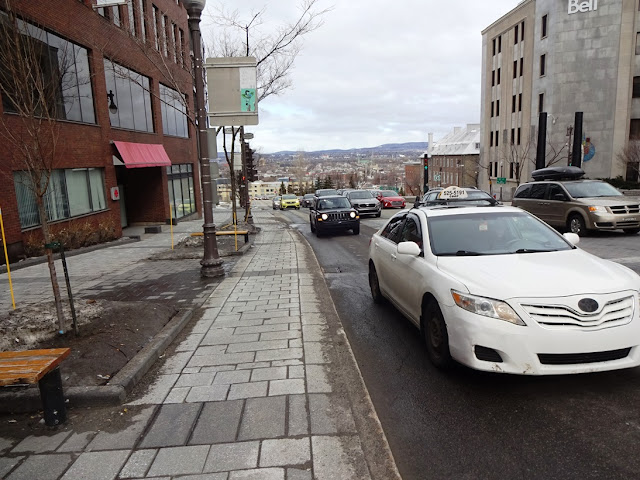 Quebec City is known for its steep roads. 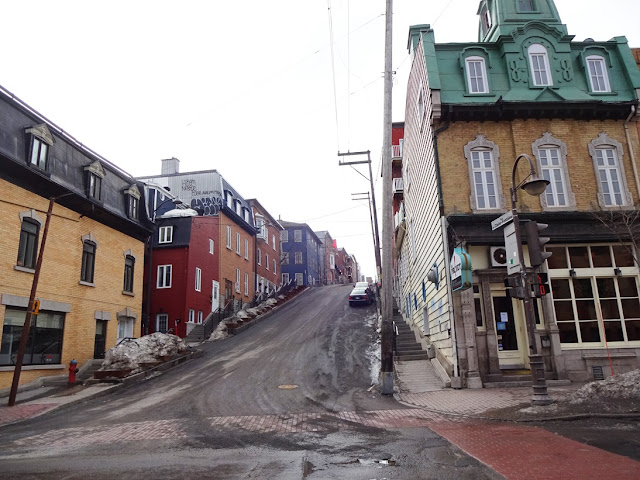 And, of course, the Plains of Abraham where the fate of Canada--English or French--was decided. 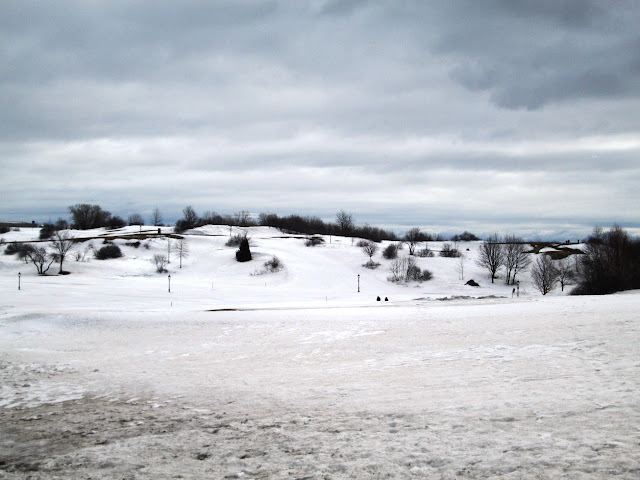 Yes, that's snow. Early April but it will be a while yet before anyone sits on this bench. 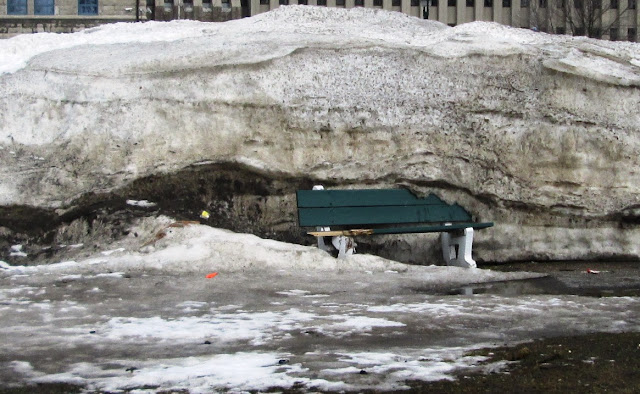 In memory of Kresge's, we had some fries. 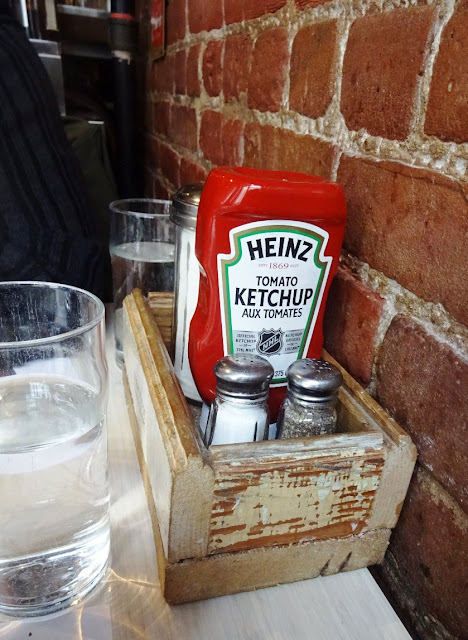 Though I had mine with a glass of New Zealand Sauvignon Blanc.