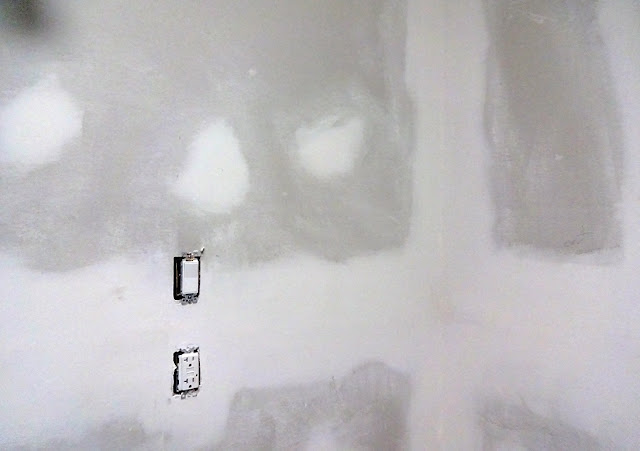 Might not look like much to you, but this lovely: clean, flat drywall (emphasis on flat because the walls in this house feature nicks and bumps), a professionally plastered corner (no, R, that's not a dig at your attempts, merely a fact), a plug and a light switch where there wasn't one a month ago.

Sure, the wall needs to be painted and I'll get to that once it's warm enough to keep the windows open all day. For now I revel in the new, just up and functioning bathroom.

What used to be in this corner was a grotty sheet of plastic around a curry-yellow tub hardly large enough to turn around while taking a shower. We never used it as a bath. We knew when we moved into the house in 2001 that we would have to redo the bathroom, but change takes time and $$$ and there were more important changes to be made first.

So it was only now that the tub was carted to the dump. Upended, it was an even poorer tub than I'd thought. It was made of tin. Enamelled tin. The man doing the work could pick it up with one hand.

In 1902, houses in Pointe St. Charles weren't built with indoor bathrooms. People had outhouses in the backyard and went to the famous Hogan Baths (now private property -- condos from the looks) for weekly hygiene. 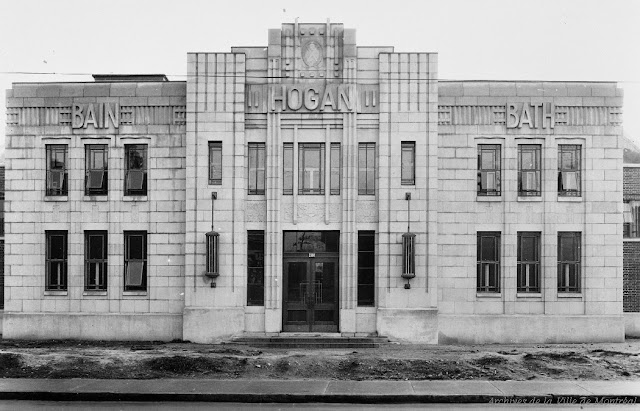 In addition to changing the layout of the room so the toilet and shower were no longer cheek by jowl, we had the pipes which were above the floor put under the floor. That required lifting the pine floorboards which we wanted replaced again. 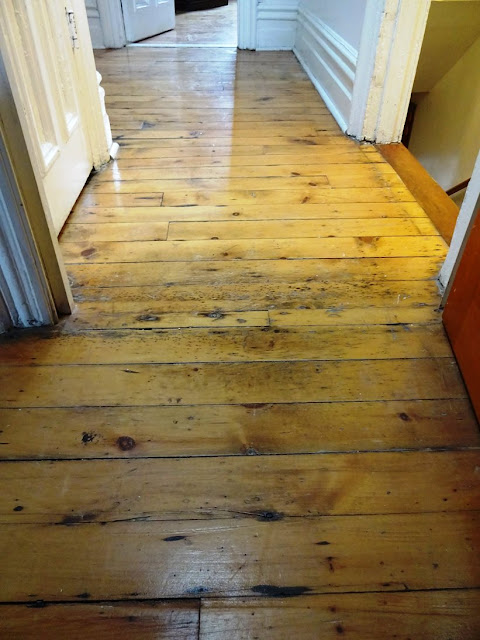 Throughout the house we've kept the floors from 1902 which means that our floors are even bumpier than our walls and wouldn't be to everyone's taste, but we like the warmth of the old wood. R will have a couple of days of sanding ahead of him. 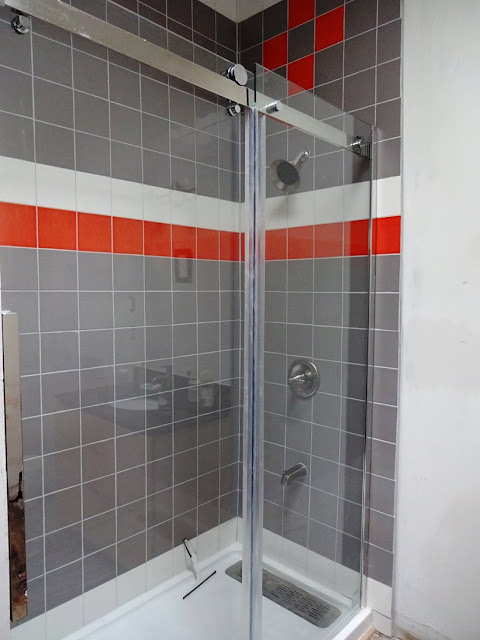 For now, the shower works hot and cold (which it didn't at first), there's ample room to turn around, the cabinet accommodates the P-trap (another story), and the toilet is off against its own wall.


What luxury. I am aware of it and I am happy.