snowshoeing in the mist

If you happen to have lost your yellow enamel cooking pot, I can tell you where it is. 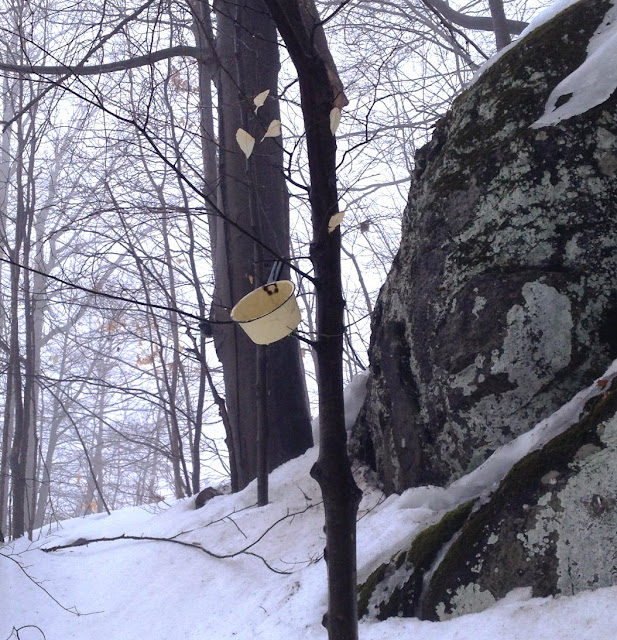 The forecast was rain but we decided to go snowshoeing because that was what we'd planned to do. Rented a car, booked a room in a B&B, packed an overnight bag. 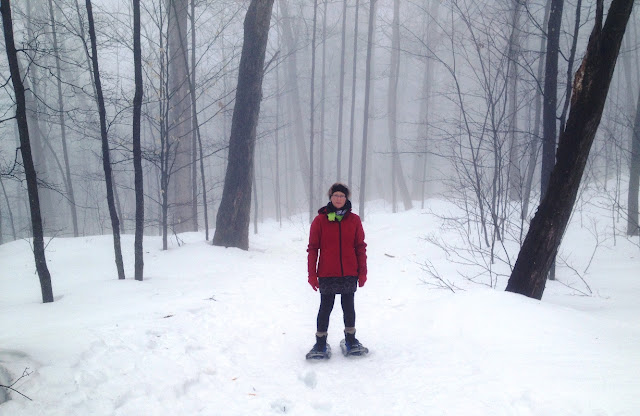 R asked why I was snowshoeing in a dress but that's not a dress. It's one of those jumper thingies that adds a layer of warmth and gets pulled over leggings. 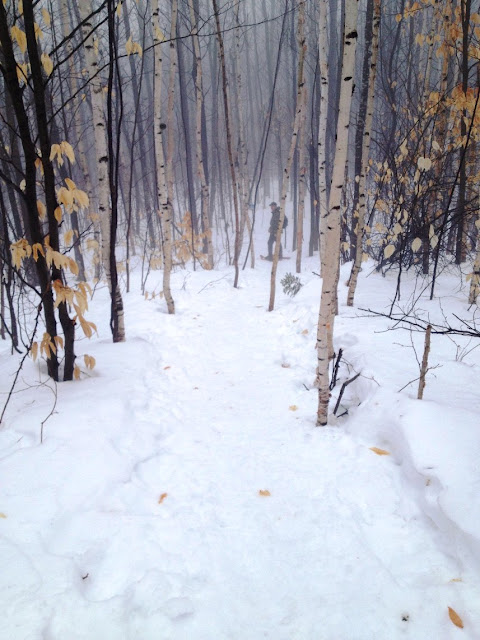 We were lucky. It didn't start raining till 2 pm when we'd already been scraping along on the crusty snow for hours and were ready for a cup of hot tea and a thick-cut sandwich. The fog was so heavy that if I lagged too far behind, I lost R lost among the trees.


There was a constant patter like rain but it was only the ice on the branches melting: a syncopated water percussion through the hush of the fog.

The tender colours of birch bark in the winter break my heart every time. Strip the bark away, and yes, you are peeling skin. 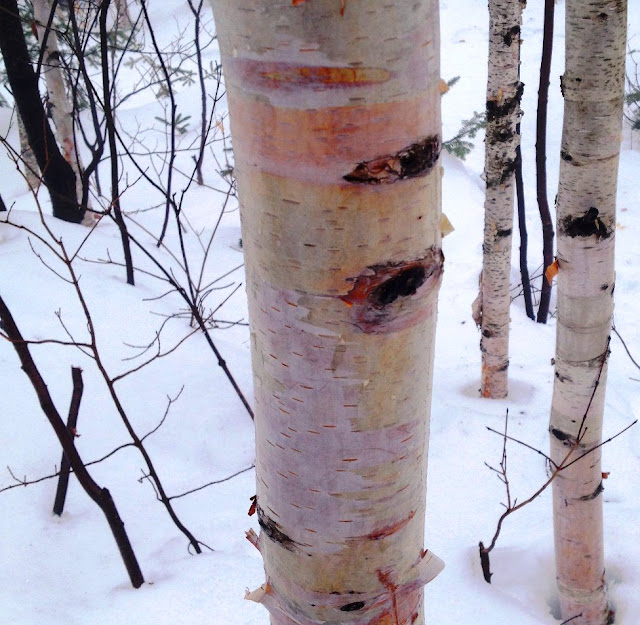 The morning among the snow and the mist was magical.

You can't always listen to the forecast. Just go. 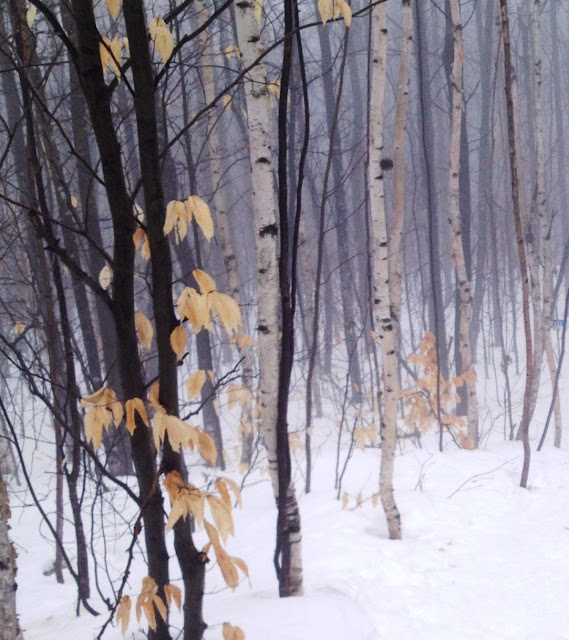