This owl marks the pre-Hispanic tomb of Lord Nine Flower who was buried in Zaachila, Mexico somewhere between 1200-1500 AD. 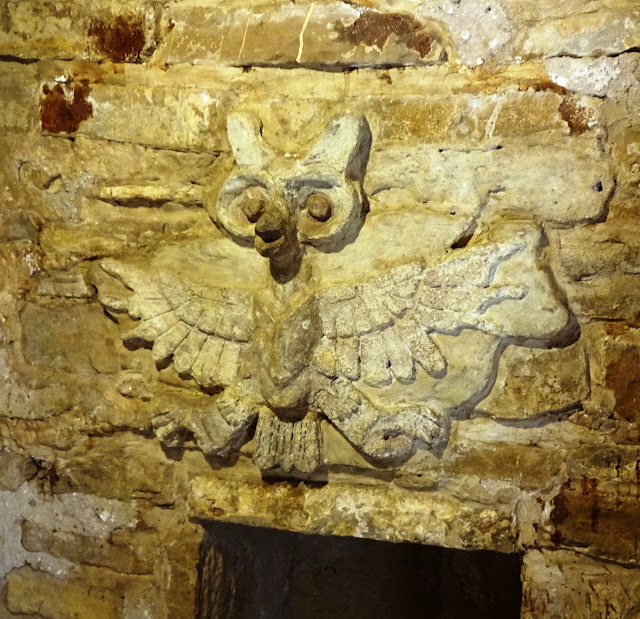 Was it a flowery fluke that I visited Lord Nine Flower's tomb and then got the news that my novel, Five Roses, was nominated for the Ontario Library Association Evergreen Reading Program?

Of course, not! Librarians are behind that. Librarians promote books and reading. Yay, librarians! I'm very happy about this. Grateful to be chosen and honoured to be among this fine crowd of writers.
http://ola.informz.ca/informzdataservice/onlineversion/ind/bWFpbGluZ2luc3RhbmNlaWQ9Nzc0ODgxJnN1YnNjcmliZXJpZD05MTgxMjA0Njg=

We travelled to Zaachila by communal taxi. The car would have accommodated five comfortably, but was packed with seven adults and three children. I sat half-propped against R, half-sitting on a piece of foam over the emergency brake. The driver and I were jowl to jowl--which was handy since he kept dozing off and I had to nudge him. I think he was stoned because the car was leaking gas. Fumes were heady. 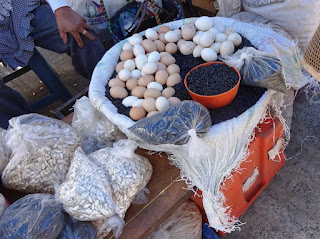 And did I mention? The car had a stick shift. Every time he smashed into fourth gear, I got stabbed in the thigh. I have no idea why he even wanted to get into fourth since the road we were on was blocked every half kilometre by speed bumps that were the size of cows lying in the road. I gather this obstacle course was designed to keep reckless drivers in check. In reality, the same drivers gunned their cars from speed bump to speed bump. In our case, the car stalled every time the driver braked, so he had to grab at the key and start the car again. The key, my knee... all the same to him. He was trying to stay awake. Or maybe not. 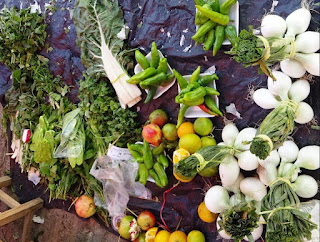 We wanted to go to Zaachila because it was market day. Farmers had come from the surrounding hills and fields to sell their produce. Potatoes, eggs, limes, onions, peanuts...

I've  never before seen peanuts with earth still on them. 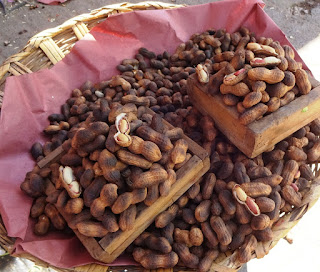 When the church bells sounded at noon, the gongs segued into -- we couldn't believe it! -- the American marketing jingle about the Frito Bandito, a commercial for corn chips that aired in the late 60s/early 70s.

I've since discovered that the jingle was based on a traditional Mexican song called Cielito Lindo. Pretty sweetheart. Which is what the church bells were ringing, not "Ay, ay, ay, ay! I am the Frito Bandito..." 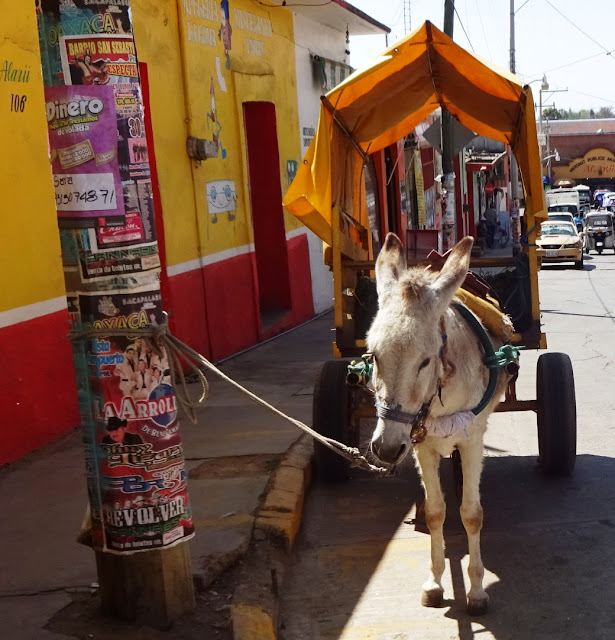