helicopters in the garden / McCord Museum

The gate to the community garden is padlocked all winter and I was eager to see what had happened in my plot after the long season of snow. Three clumps of sorrel are already growing, though I'm told it's not as tasty if it isn't planted fresh each year. Guess I'll find out. The two rhubarb crowns I transplanted from our rhubarb patch in the Gaspé is coming along: red shoots and tightly curled leaves thrusting up in an obscene and wonderful rhubarby manner.

I knew I was going to have to deal with the maple helicopters. I'm not directly under a bank of trees but my plot lies in the direction of the wind. If all those seeds sprout, I'll have an 11' x 14' fledgling forest. Do you know what I mean by helicopters? They're the maple seeds that twirl when they fall from the tree. 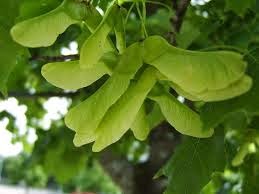 After the winter on the ground they look like this:

Last year I thought they were like mulch and left them on the ground. Within weeks I had zillions of sprouts to pull out--the problem being that I'm such a newbie at gardening, I wasn't sure which was a maple tree sprout and which a leaf lettuce or a radish.
This year I thought I'd pick up all the helicopters, but after a couple of hours crouched under the sun, my lower back and knees grumbling curse words at me, I'd so-called cleaned less than half the garden. Now I'm debating whether I should just go with the flow. Do an experiment of survival of the fittest. What will I have by July? Maples or beets?
_________________________________ 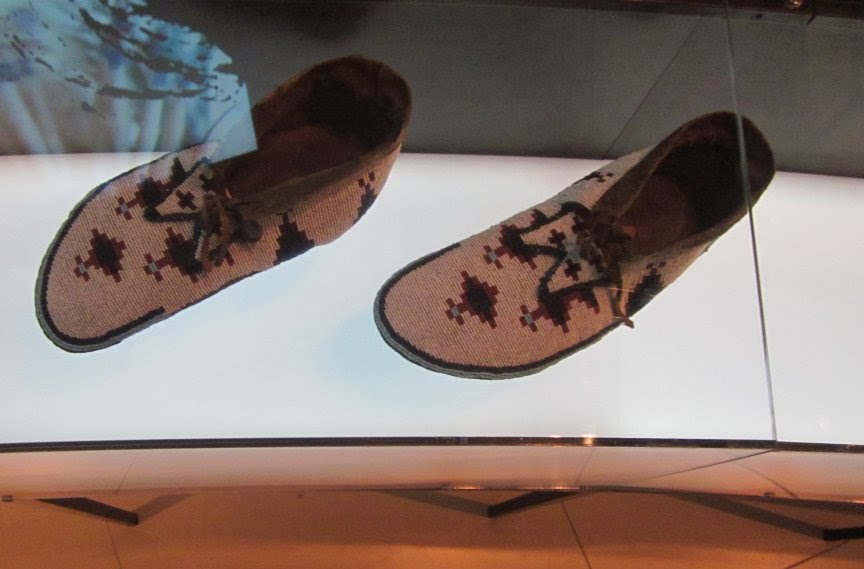 The other day I visited the McCord Museum where they have an exhibit of First Nations' identity as represented by clothing.
Afterwards I went upstairs to the Montreal exhibit and found it interesting to compare the moccasins (ca. 1900) I'd just seen with slippers worn by well-to-do Montrealers in 1860. The beaded design on the moccasins are symbols evoking sacred places. The designs on the slippers are... well, I suppose the embroidered hothouse blooms evoke sacred places as well, though I wonder if the wearer thought of that so specifically. 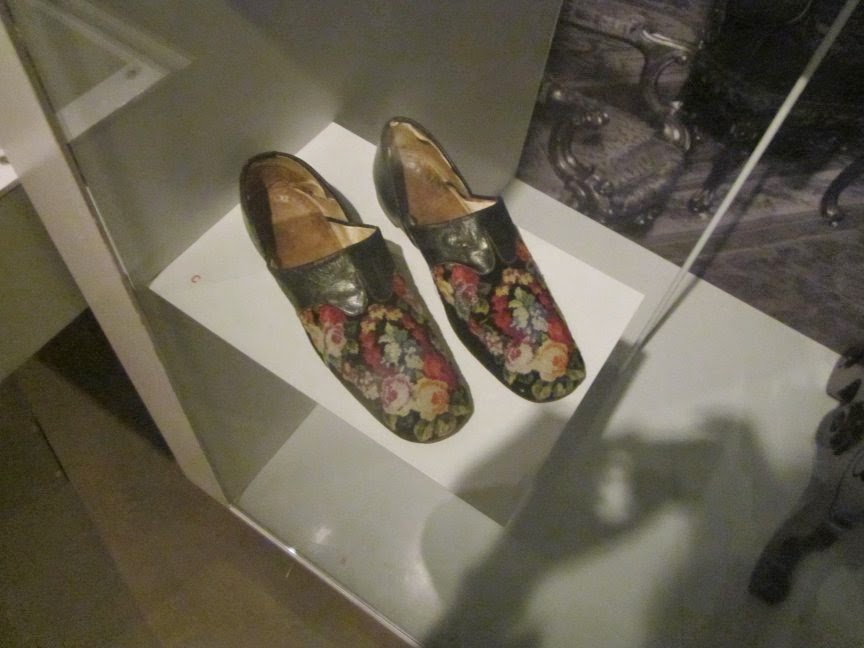