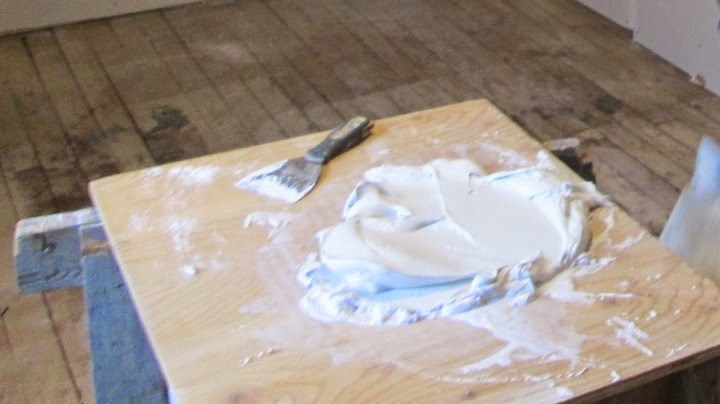 It's at this time of year that R and I usually escape to the Gaspé. I sit by the fire where I read, write and knit. I stare out at the trees and the frozen St. Lawrence. Stomp around outside on snowshoes.

I didn't go last week. R had almost finished putting up the drywall on the second floor. Next step was plastering. The plaster--more colloquially called mud--has to be mixed to the consistency of cake icing, then scraped across joints, into corners, along edges. To make a smooth, even coat, you have to swipe a great swathe of mud all at once. The work requires skill, muscles and finesse. A friend of ours had agreed to come wield his trowel.

I knew the house would get messy with the two men working and decided not to go along--and am glad I didn't when I heard the stories. Especially the one about the Atlantic winter having been so long and cold that, all along that stretch of coastline, the pipes to the wells froze so there was no running water. How did they manage? Pots of melted snow and jugs of water from the neighbour whose well was in her basement. She'd poured boiling water down the pipes so they didn't freeze.

When R bought the house in 2010, the upstairs walls were a patchwork of boards that had been covered with posters, drawings, messages and doodles. 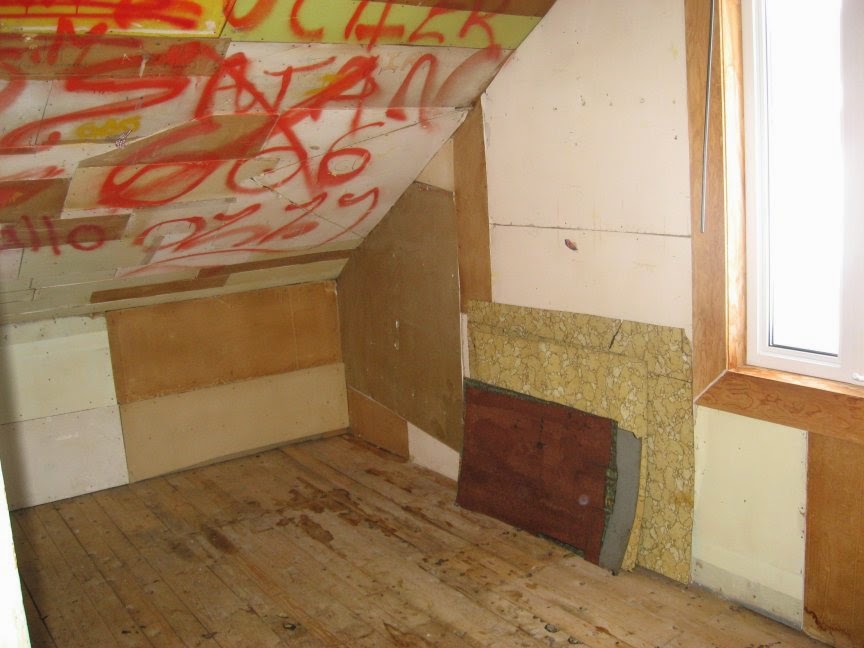 In 2011 he and a friend (same good friend) gutted the upstairs. 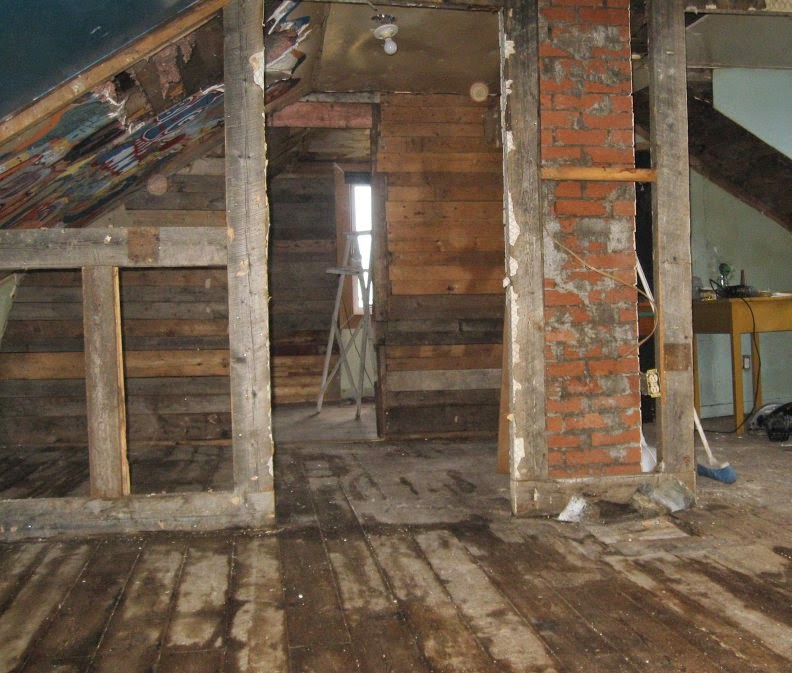 Insulation and laths went up. 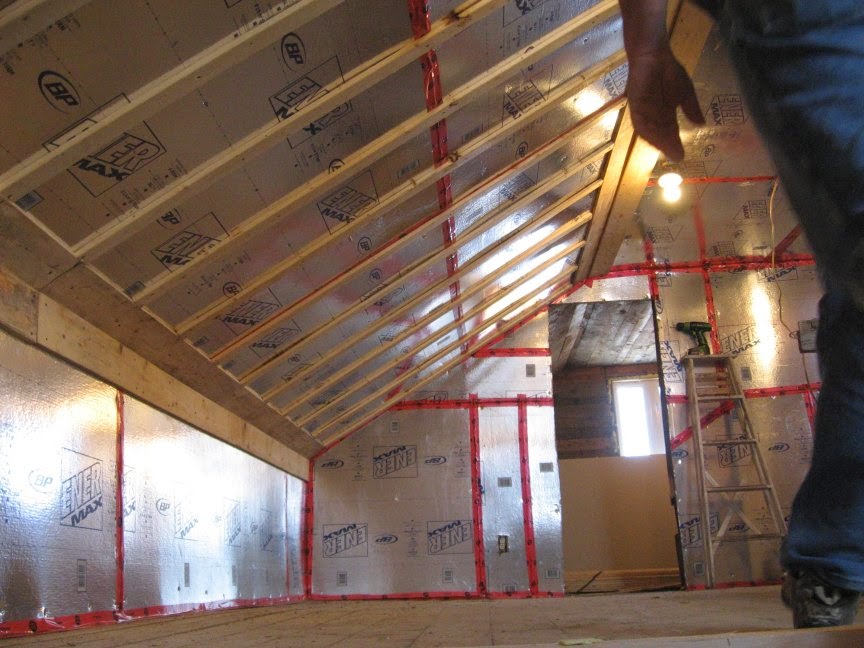 With the upstairs underway, he and I started work on the outside of the house. It took a while because we only visit the house 2 or 3 times a year and obviously don't want to spend all our time by the sea painting and sanding. 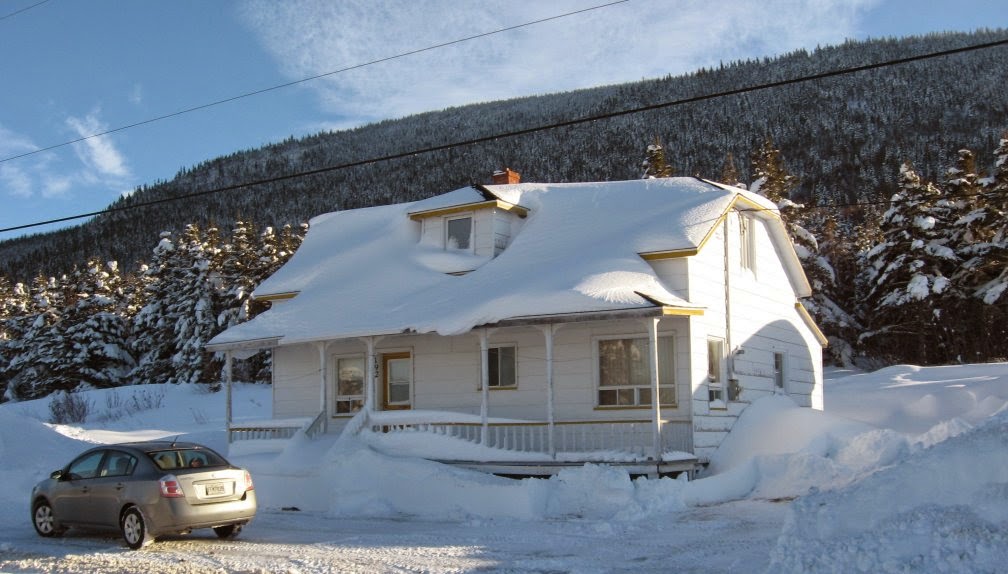 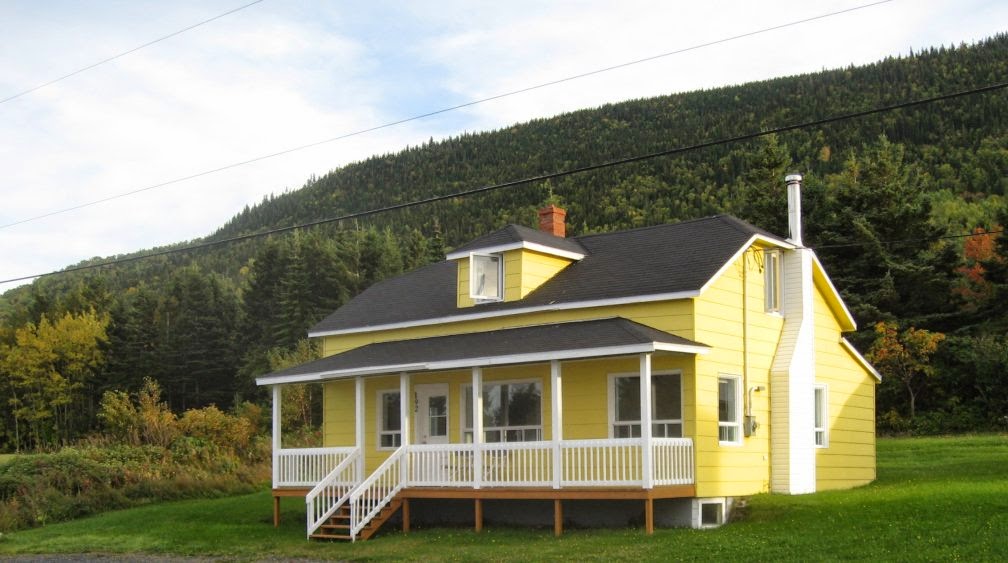 We didn't renovate the first floor ourselves. We had an amazing contractor--Bruno Thibeault of Sainte Anne des Monts--who knocked in larger windows, insulated the walls, moved the bathroom, replaced  the flooring, raised the kitchen counters from mid-thigh to hip level (people used to be shorter), installed a slow-burning wood stove and more.

At each visit R added a few more studs then a few more sheets of drywall to the upstairs. 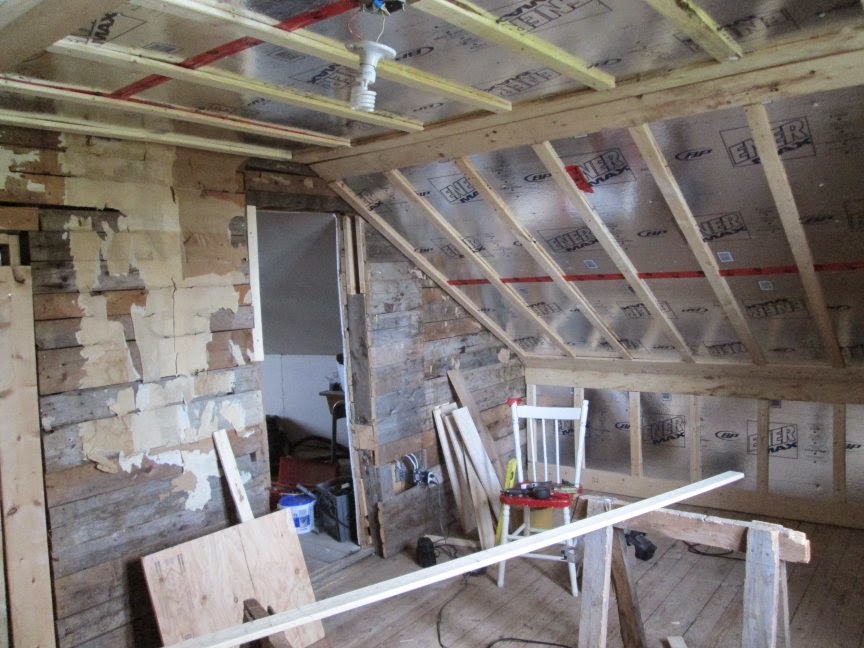 Since the floor, which we decided to keep as is, was crooked, the edges of drywall didn't always match and I expected we'd end up with walls that had a few gaps and bumps.
So I'm very impressed with the pictures of the work done last week. Even the screw heads covered! Next time we'll be able to start painting. 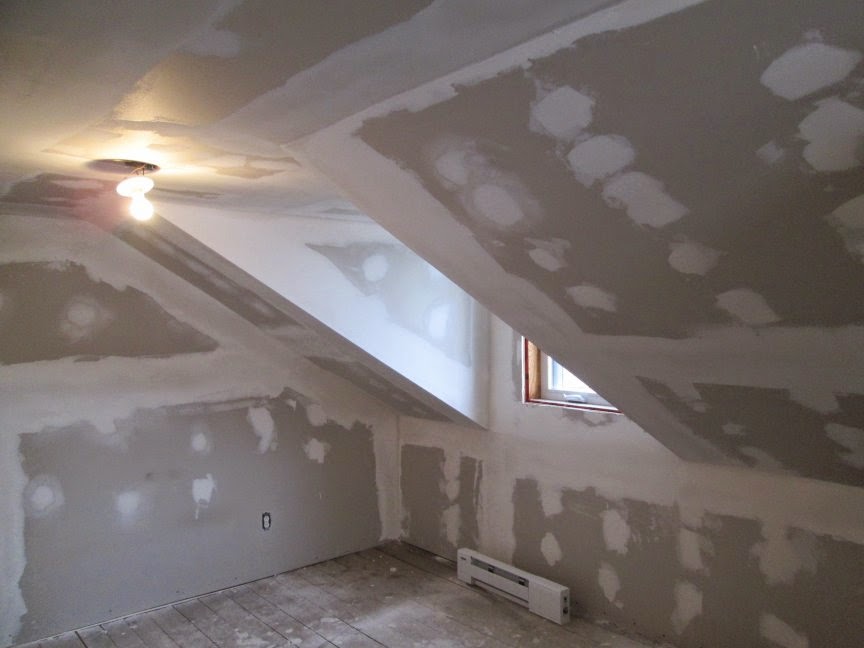 Mudding: strange word for a process that makes for clean, smooth edges.