Dear Ebay,
You may think I'm looking for a deal. Otherwise I'd go to a store and buy a new camera. Everything new is better, right?
But listen, I bought a new camera and I don't like it. It takes pictures with all the texture flattened.
I understand a picture is 2-D: technically flat. I don't understand the physics or the optics or whatever it's called, but there should still be some sense of what's closer, what's velvet, what's concrete. With this new camera, a woman at a cafe table looks like a cutout doll stuck onto the flowers behind her. She isn't sitting in sunlight but the colours are bleached.
I want a camera like the one I had stolen last spring in Mexico City. That camera took this picture. 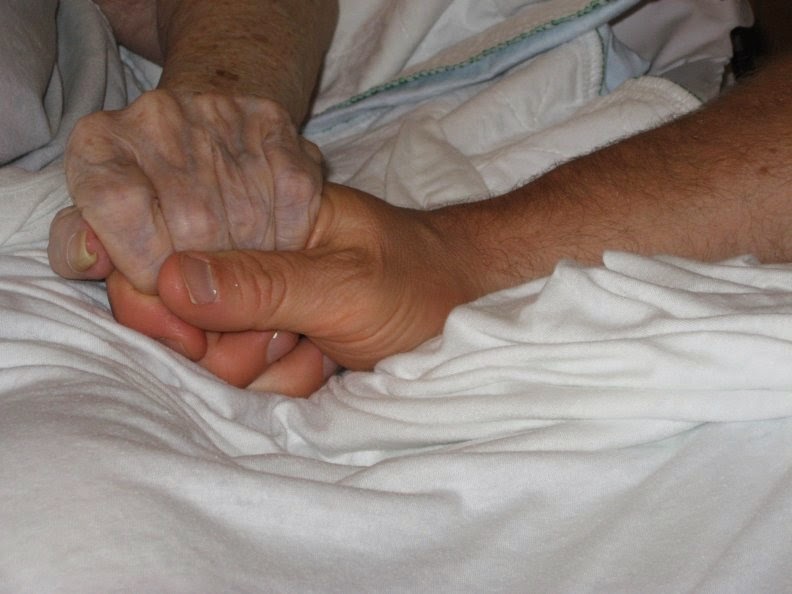 You can tell who's 93 and who's 56. The colours haven't been doctored. It wasn't an expensive camera with fancy lenses. It was a simple snapshot camera that cost $125 in 2011 and it took pictures that had depth and texture. That's what I want in a camera.
Small enough, too, that I can slip it in my pocket. I'm not a photographer. I only take snapshots--but I want them to be snapshots worth looking at again or I wouldn't bother taking a picture.
There are ever less decent snapshot cameras available because people use their phones. So, okay, I'm behind the times. I have a phone that stays at home and takes messages.
I also want a viewfinder. Remember that little eye that you look through? I don't like taking pictures with a display screen. In fact, you can't use the display screen if you're outside or in the sun--all those times when you might want to take a picture. Sure, I can do what everyone else does, point my device and take a picture. Who cares if it's in the frame or not? Take a few pix and pick the best.
I still want a viewfinder where I can... get a view.
At the moment there's only one inexpensive snapshot camera on the market with a viewfinder. It's a Canon. Canon used to make a good camera too. That's the camera I had that was stolen.
The model currently in the stores is the A1400. It is shit. Plastic shit. From one to ten, with one on the lower end of the scale, I would give it a two because it does actually take pictures. However, it's been so simplified it should be marketed as a toy, not a camera. WTF, Canon???
So that brings me to you, Ebay. I have reasons for not trusting you. I don't like having to pay duty for a secondhand item that is supposed to be exempt under NAFTA. I don't like gambling that the item might be shipped by UPS and I'll have to pay UPS a sum at the door for some trumped-up UPS charges. Blah-blah-blah...Customs...blah-blah...fill out a form and get a reimbursement...blah-blah-blah. Is it worth it?
But at this point you're my best bet. I'm looking for a camera like the one I used to have. It could even be the one I had stolen in Mexico City that--who knows?--made it to some enterprising person in West Virginia who wants to sell it on Ebay.
Wouldn't it be funny to buy a camera that has all the pictures I took in Mexico City still on the SD card?
Ever hopeful.
Rapunzel.