How cheap is cheap and what do you get for it?

Twenty years ago I paid over $100 for a cut at a stylish salon because I was going on a trip and wanted to impress the people I'd be visiting. A day before the trip I lost a contact lens and had to wear my not so stylish glasses, so the cost of the cut felt wasted. Nor could I ever rid myself of the suspicion that most of the time the hairdresser was snipping around my head, he was only making scissor sounds, not making contact with hair.

I moved to a salon with more reasonable prices--$25?--operated by a Greek woman. I knew she was Greek because she talked about being Greek. At first she lived with her husband and his family, and complained a lot about various domestic injustices. There never seemed to be solution since the problems were always the same. Then she left her husband, who had been her first and only man ever, and decided to make up for lost time by experimenting. She had an appetite for talking about details. Unfortunately--from my end, captive in my chair with a sheet wrapped around me, a winter's wind blowing outside and my hair wet--the stories were too much the same. She needed either to broaden her range of experiences or her vocabulary. She had a thing for men who liked Latino rhythm. "If you know what I mean." She said that a lot. If one gets a haircut every six weeks, that's an average of 8 such conversations a year, and over the years that I lived in that neighbourhood...

When I moved, I looked for a new hairdresser. Time had passed and a cheap cut now cost $30-$35. The new hairdresser talked about her boyfriend and her dog. She showed me pictures of her dog. Never of her boyfriend. Over the years that I went to her, she had one live-in boyfriend with whom she broke up, some dates, then a new boyfriend. The dog was always the same--a fluffy little white dog. Sometimes she gave me a good cut. Sometimes the cuts weren't as successful. She was trying out some new variety of a bob when I was expecting the old version. (It seems to me that new versions of a hairstyle should have a new name?) Or she forgot I have an aggressive cowlick so I got to live for a month as Dennis the Menace with a bob. 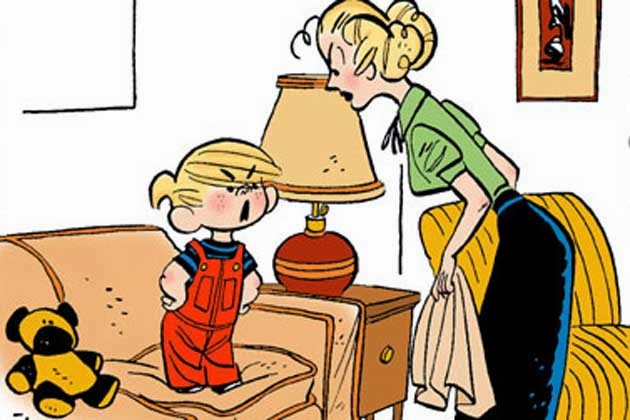 See the back of his head? That's what I mean. It could have looked funky but that would have required the application of "product". I want a simple cut I can shampoo, rinse and dry. No irons, no styling, no aerosol nor gel.

After a several wrong haircuts, I decided to stop getting my hair cut, which happened around the same time that I stopped working at a paying job. I tied my hair back or pinned it up. Eventually I knew I would have to see to split ends, but I wasn't in a rush.

I had my eye on a salon close to where I now live. It wasn't expensive as I could see from the sign beside the door. On the other hand, I wondered what I could expect from a $10 haircut. From the sign I gathered this would be no frills job. Whenever I walked by the salon, I saw that the clients had black hair. 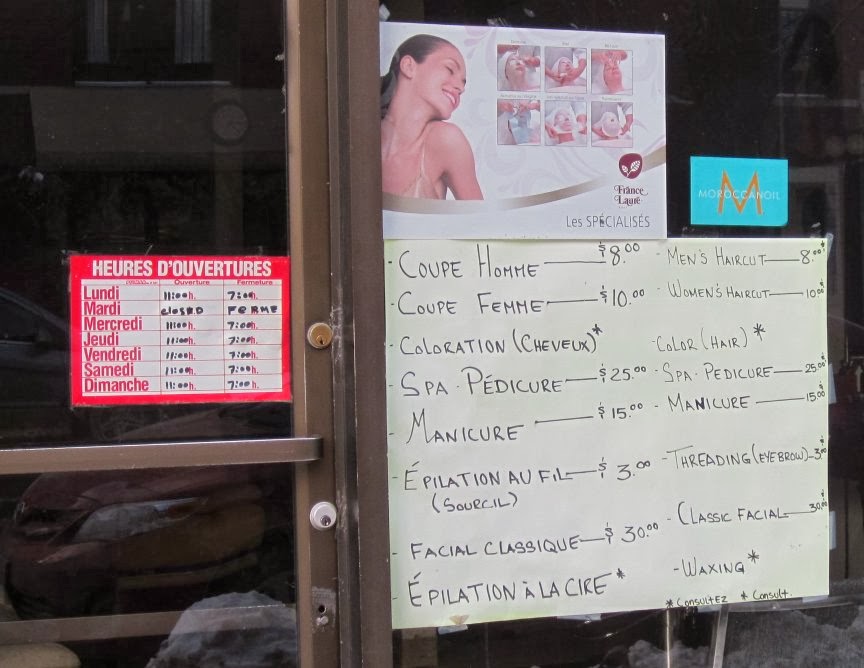 She squirted water from a spray bottle and began pinning up my hair. A shampoo clearly wasn't included in the $10, but that was fine by me since I never like the shampoo used in hair salons. She shoved at my head with the tips of her fingers to get me to hold it a certain way. She and the other women kept up an animated dialogue. I finally asked what they were speaking. Bengali. Except for showing me how much she meant to cut off, I don't recall that she addressed me directly. At the end, when I paid as per the sign by the door, including a tip, she pushed back the extra. I said it was a tip. She pushed it again and said, "No tip." I left the salon with one of the better cuts I've had in a long time, though I have no idea what it's called. A middle-aged, frame-the-face cut?

Two months later I went again. The stylist was alone, watching TV. She jutted her lips and said she remembered me. I wasn't sure if that was good or bad. When I'd walked in, she changed whatever she was watching to the weather station. Because white people worry about weather? I knew to take off my boots and put on slippers. I listened to the weather in Acapulco as she spritzed my head. The phone rang. She held it crooked between her shoulder and ear and kept talking while she snipped. I wondered if that would affect her angle with the scissors, but wasn't sure how much maneuvering room I had since I was only paying $10. At $10 a cut, could I begrudge her having a gab with a friend at the same time? I thought of how I listen to an audio book on my iPod while I'm cooking and it doesn't make me a worse cook. In fact, I take more time because I'm listening to something I like. She finished cutting my hair and into the phone said something in Bengali that ended with "super busy" and hung up. As soon as I paid, she switched the TV to an Indian movie. High drama with evil men and beautiful women in saris and glittering jewellery. She swept up my bits of blond/brown/grey hair and dumped them onto a disorderly nest of black hair in a bin. 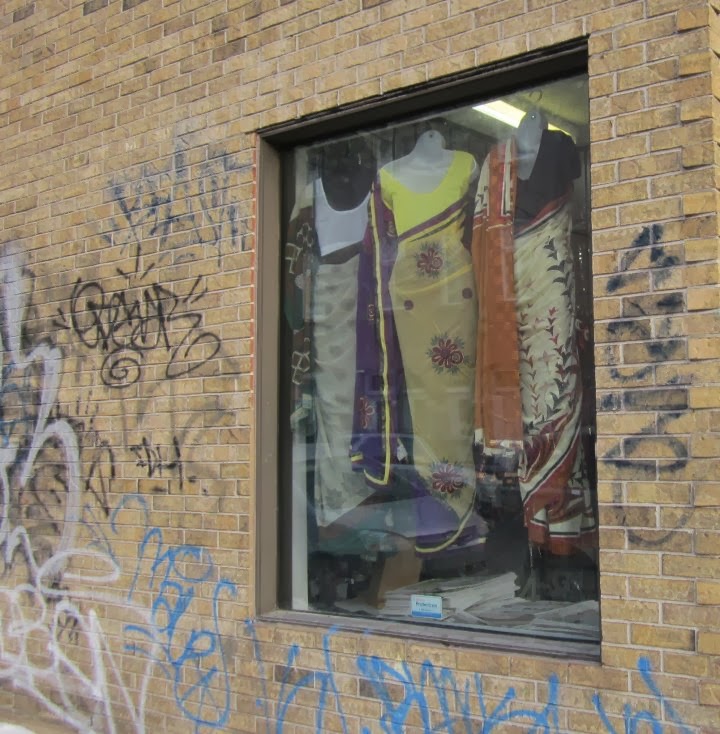