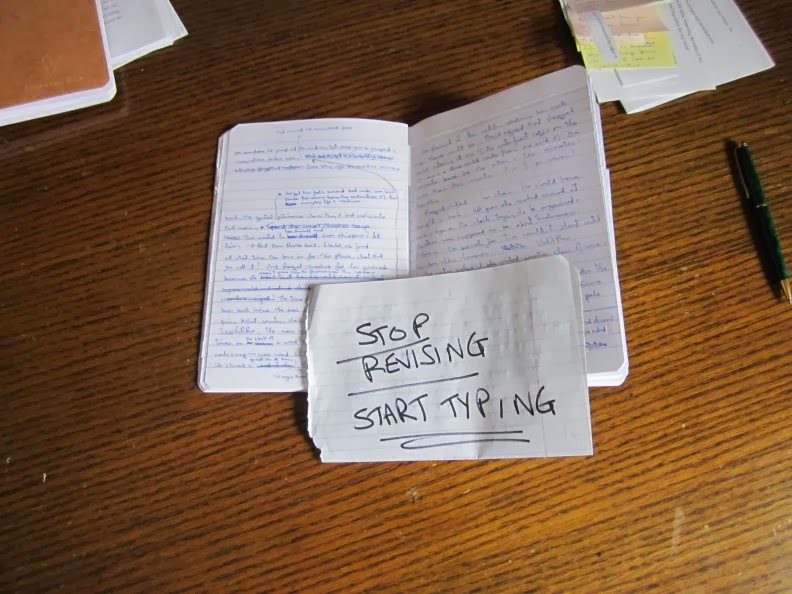 I`m an Alice. Of course, I leave myself notes.
Will I get the message? I can only hope.
Once upon a time, years ago, I vowed to STOP WRITING LONGHAND, because I ended up with a knee-high stack of notebooks. I'd written a novel but what to do with it? I gagged on the prospect of having to type up all that mess. It was enough to make me put the whole stack of notebooks in a rarely used closet and forget I'd ever written it.
I decided then that I would only write directly on the computer. I can, of course. I learned ten finger typing in Grade Nine with Mr. Jones at Saltfleet High School in Stoney Creek, Ontario. Stoney Creek didn't belong to Hamilton yet. And yes, the teacher was called Mr. Jones. He was known for his manic dedication to turn the whole class into 80 words per minute typists. The typewriters were manual, metal beasts the size of small cars now. You could dislocate your shoulder returning the carriage. You could tear a finger if you accidentally jabbed it between the keys that were far apart and mounted on metal contraptions. Typing with ten fingers meant that your little finger was responsible for that important vowel "a". Mr. Jones expected the muscles and punch of your a's to be as hard as your h's. It wasn't easy. There was no auto correct. There was no backing up. A mistake was a mistake (to be deducted from the number of letters you'd typed correctly, thus decreasing your word count per minute). The ribbon occasionally got entangled with the type bars. Or it typed red instead of black.
I don't recall what grade I got in Grade Nine Typing. I can't even recall why I thought I should be taking Typing. 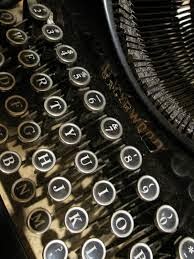 But that's not the case anymore, right? Now, typing has become almost too easy. You type a word, you change the word, you type it again, you change it again.
When I write first draft on the computer, I can go backward and forward changing words until a whole morning's work leaves me further behind than when I started.
The best way for me to move through a first draft is to write longhand. Longhand allows me to indulge in my fussy-messy love of fountain pens. Messy because my pen leaks and I'm a leftie.
I have ballpoints too. I use them when I shouldn't be messy. The ballpoint in the picture above is a Waterman with a brass barrel. Brass because I like weight to my pens. My fountain pen has a brass barrel too.
Another great tactile draw is the lovely paper of my favourite notebooks, which I buy exclusively at http://www.nota-bene.ca/ on Parc north of Sherbrooke. Can good paper make you want to write? In my case, yes.
Perhaps, too, I like the childish cut 'n paste of real paper and glue which is the only way I can revise when writing longhand. A friend told me last week about a kind of notebook she uses where the pages can be moved around and inserted elsewhere. ??? I have to go to her place and see.

All to say that I'm procrastinating. I'm typing here when I should be typing up those two notebooks. But that may be the legacy of Mr. Jones: a lifelong aversion to typing from pages next to the keyboard.