Despite SEVERE WEATHER WARNINGS, STORM ACROSS EASTERN ONTARIO, ICE RAIN, HIGH WINDS, FLASH FREEZE forecasts, R and I went to Kingston, Ont for a couple of days to be with friends commemorating the passing of a woman we admired and held dear.
Along the way, we stopped in the Thousand Islands National Park. That area along Lake Ontario is dotted with clumps of land, some only large enough for a small cottage or a stand of trees--not a full thousand islands but that's the impression from the shore. The park isn't large but we didn't have much time, only our show shoes thrown in the back of a (rented) car.
The area had had ice rain, followed by a few centimeters of snow--so we were able to walk, though with crunchy, explosive steps. Any ghosts of the Haudenosaunee or Anishinibaabe peoples, whose traditional territory this was, would have fled at the horrific noise we were making. 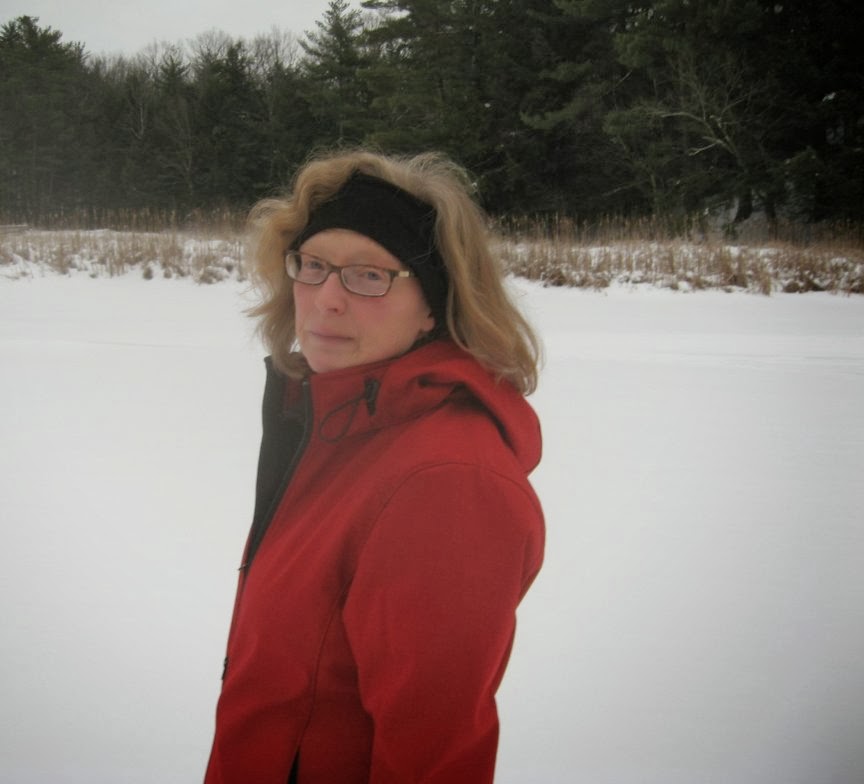 I might not look like I'm having a good time, but I am. Unlike a lot of baby boomers, brought up on Colgate TV commercials, I have a stronger genetic disinclination to smile. Nature vs Nuture. 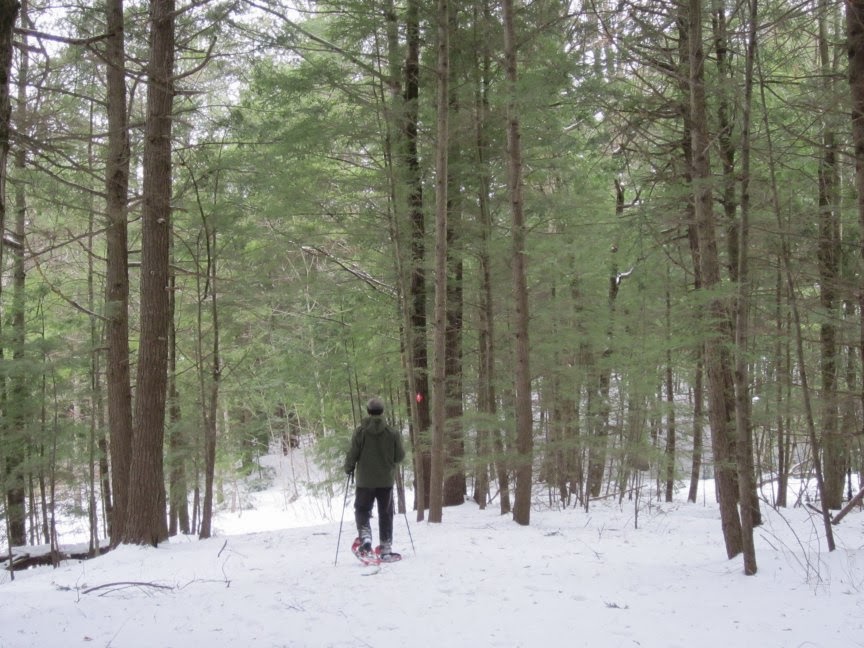 And though I know it's not true, I always think trees are talking to me--not all of them, but the more expressive ones. Residual memories of Grimms' fairy tales. 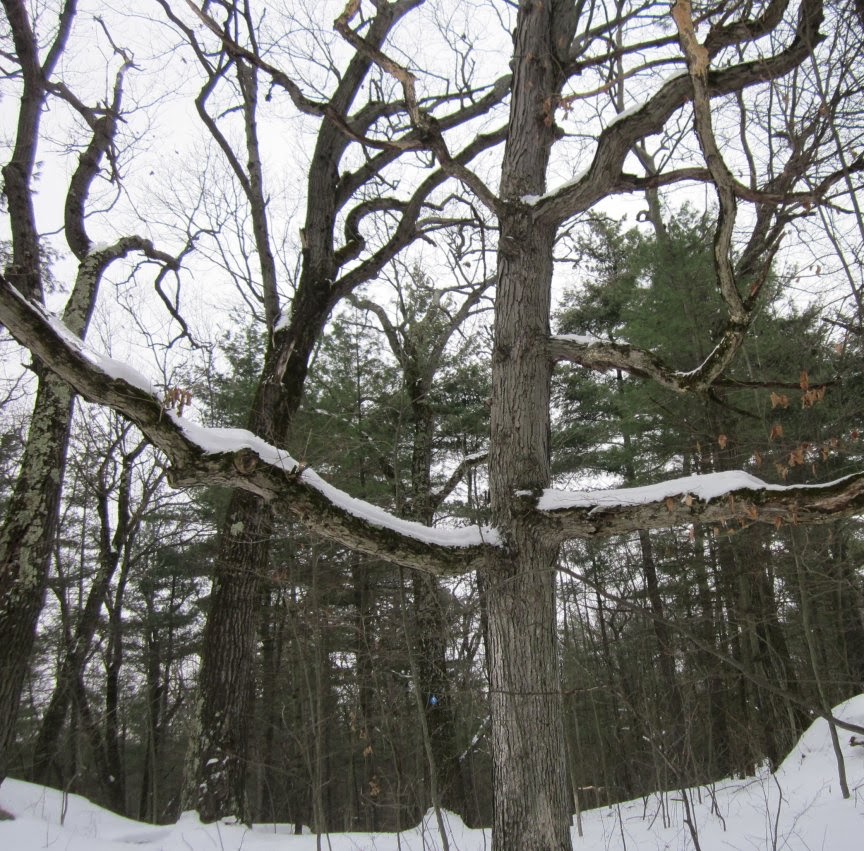 The weather forecast continued to be dire, but we had sunshine for Joan's funeral. When I've collected my thoughts, I might write about her.
Posted by Alice at 9:50 AM