I've been working on a story that draws on my experiences working in a restaurant in Toronto in the early 80s as a bartender/cappuccino maker. (No one said barista in those days.) I was a grad student at York, trying to live on $4,500 a year. It wasn't enough, and though I should have been working on my thesis, I needed a job.
My boyfriend at the time knew someone who worked in a restaurant. Their pastry chef, whose name was Dufflet, had just left to launch her own business. I'm not a pastry chef, but I know how to make cakes and pastry and crème pâtissière. For my job interview I made a Hazelnut Torte with Mocha Butter Cream and was hired. I worked three mornings a week and made more money per hour than I did at my teaching assistantship. I had a moment of fame too. Joanne Kates praised my peach pie in The Globe and Mail.
I can't remember why, but at some point I worked at the bar as well. The story I'm writing has to do with the coffee and the drinks experiences. I've remembered all kinds of details which don't fit into my story, so let me write about them here.
The owner of the restaurant came from Thailand... if I remember correctly. His family had given him a chunk of money and sent him off into the world to play. He'd studied Engineering in Germany but had never worked as an engineer. Rumour had it that he lived in a room lined with vinyl records, which people still played back then. I never saw the room myself. He didn't invite women. The colour of his socks  matched his tie, no matter how outlandish the choice. One of the waiters told me that his jock strap matched as well. 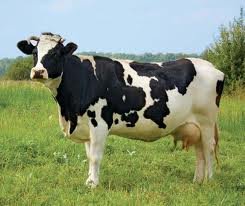 He called the restaurant the Cow Café--because, as he said, the menu was vegetarian. The rationale is dubious. Some diners expected steak. The various chefs and cooks, who came and went, made changes to the menu, finally including beef, fish, quail, and pork. It didn't matter. All their judicial simmering and sautéing was frustrated by the owner's visits to the kitchen. He would taste a dish and immediately add several spoonfuls of minced garlic. Chefs tried to bar him from the kitchen but it was his restaurant.
The restaurant was on John St, just north of Queen St West. The neighbourhood was only beginning to be trendy. We were situated on the second floor of what I recall as a renovated warehouse. There was steel tubing, high ceilings, lots of stairs--and large windows which overlooked the doors to a chicken-slaughtering plant. Businesses in the area had forced the chicken-slaughtering people to use trucks with high sides. But our restaurant was on the second floor. Were diners to look out the window and down, which not many did, they would have seen thousands of chicken heads being jostled in the back of a truck. The possibility made the wait staff anxious. Trucks went by with great regularity. The owner hired an artist to paint fanciful fronds and flowers across the lower windows. Diners complained that it blocked the light. Why have windows only to cover them with paint? They didn't realize they were being protected.
The restaurant lost money, which didn't surprise those of us who worked there--though we were surprised one day to find a chain and padlock on the doors. The owner hadn't given us any warning. Our favourite running shoes were still inside. My recipes. Someone's sweater. The owner felt badly--as far as an aesthete ever feels for people. He called a few of us and said that the bank was giving him a day's grace to retrieve personal belongings. He suggested we come in the evening and finish the liquor. We drank trays upon trays of B52s.
I've tagged this under travel, because trips back through memory are.
Posted by Alice at 8:34 PM