grey day for walking to the Bronx 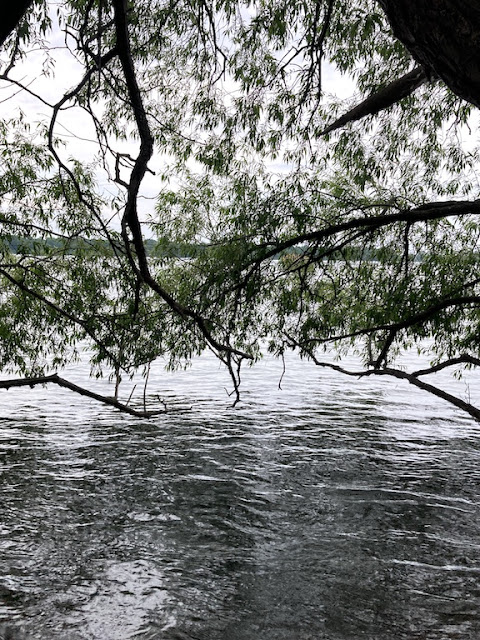 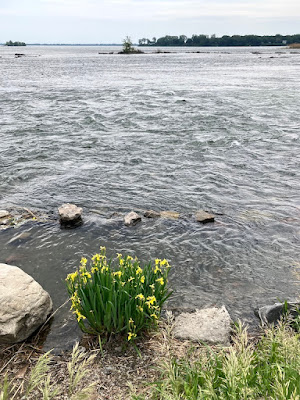 Last Saturday was cloudy, hot and humid, but I wanted to go for a walk, so we set out in the morning.

R suggested we head to the Bronx. I had never heard of the Bronx in Montreal but there's a neighbourhood called Lachine (in French, China is La Chine), so who knows?

I was ready to head any which way but didn't expect that we would be walking west along the river. The path was shady, the light silvery on the water. 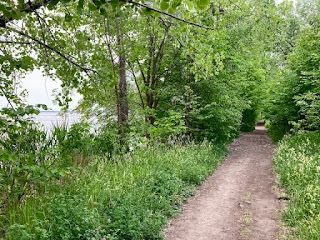 One used to have to walk single file along certain stretches of the path, but a few seasons of social distancing have made it wider. What you see here is the work of many feet.

I've wondered if people will keep walking and cycling, once stores and cinemas and events and restaurants are available again.

I wonder what the children will remember. I wonder what it will be like for dogs and cats when their people leave the house to go to work again. I don't know enough about birds who live in the house. The mice will be happy. 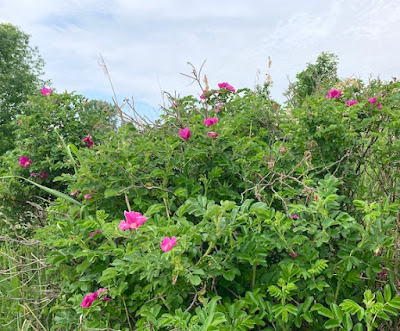 The roses grow wild. I would even say rampant. They have a fibrous root system that can invade even marsh grass.
I walked along here with a friend a few years ago, and she took pics of a kitchen chair--chrome legs, vinyl seat--hidden in the marsh grass. A seat for fishing? I looked for it now but it's gone.

Here's Montreal seen from the eastern tip of Parc des rapides and those are the rapids that made the river impassable and necessitated the building of the Lachine Canal and later the St. Lawrence Seaway. Aren't we lucky the rapids weren't dynamited? 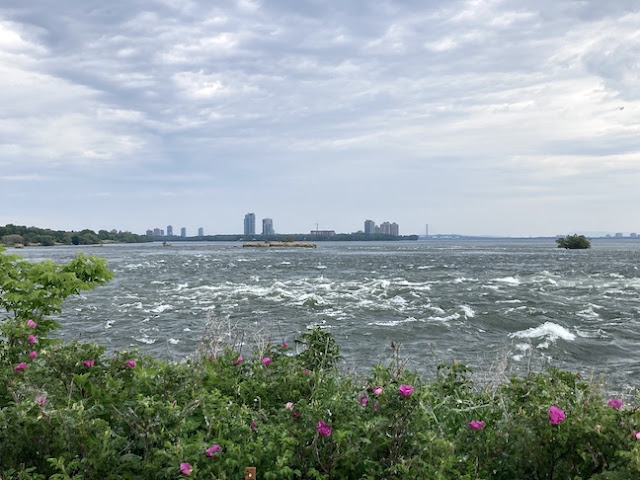 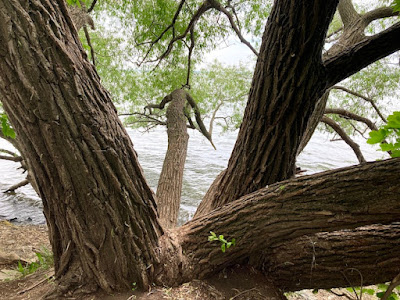 The Bronx is the old name for the residential area next to Parc des rapides. It's now called... Village des rapides!
It was called Le Bronx after some brokers from New York who bought several lots in 1919.

That's as much as I can tell you about Le Bronx.