first cycle of the year 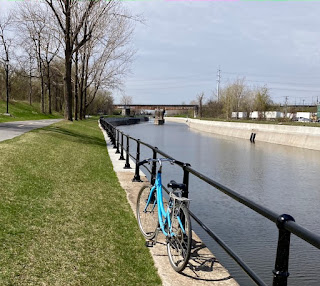 Toward the end of April is when we usually get out for our first cycle. *Our* first cycle. R has been out many times already. I don't have as much energy nor endurance as he does. Though I think I do pretty well given my cardiac irregularities and that I'm an older spring chicken.

I wasn't sure how far I was ready to go today, but I have a dangling carrot mentality and had secretly promised myself a croissant au chocolat and a latte at a certain café halfway.

We followed the Lachine canal for some post-industrial urbanscape, stopped at the aforementioned café in Lachine, and then crossed over to the river.  Greys and greys, sometimes silvery, winter ochres and browns, only the rare fresh sprigs of greenery. Lots of magnolia trees! 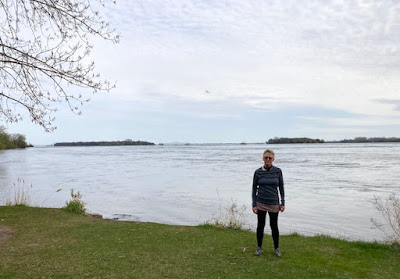 R and I were sitting on a bench when a woman walking along the path called across that with my hair so short, it would be very easy to dye. Any colour I wanted. Now, what colour would that be? R suggested my original strawberry blond. Not, he assured me, that he minded it grey.

Oddly enough, I'd noticed the natural hair dye only yesterday when in the Branche d'Olivier, a healthfood store. But the colour I was looking at was called Sunset Red. I mean, if I'm going to dye it...

I was, of course, wearing a helmet while cycling.

Those little black bugs that fly up your nose when you're cycling? It's still too early in the year for those, but R pointed out that wearing masks against Covid will finally solve that problem.

Once we got home, I collapsed on the bed for a snooze. He made a grocery list and cycled off across the city. 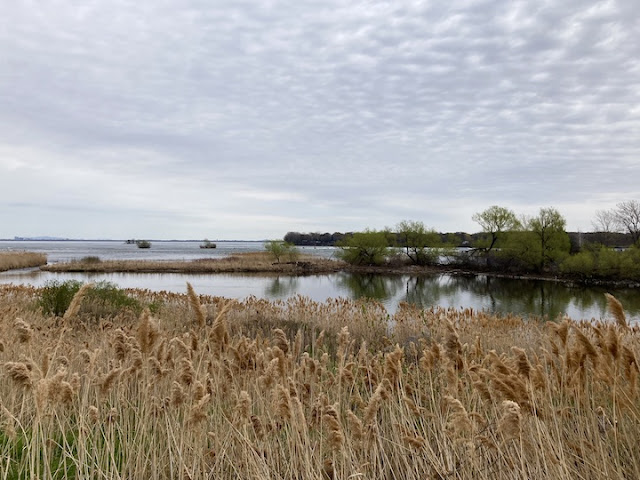