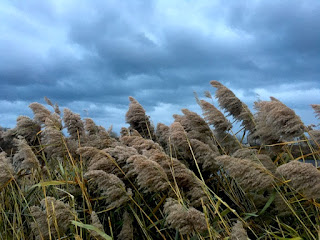 I walk most days. It's a slow way of seeing the world--and my world, like most everyone's world these past many months is circumscribed. Yet still so much to see. 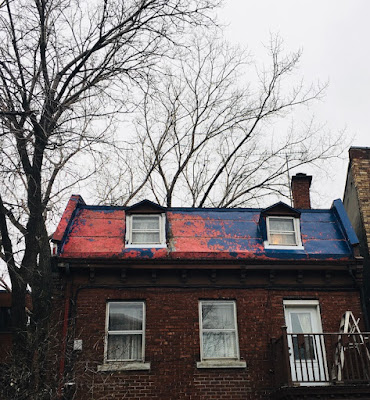 From where I live in the southwest or sud-ouest of Montreal, I can walk along the St. Lawrence River--or even cross it. I can follow the Lachine Canal past the standing wreckage of factories, past the new condo projects. I can walk through St-Henri with a nod to Gabrielle Roy. There are still houses left that she would have seen. I can walk to Westmount, to NDG, or over the "mountain". (No one with family in Austria can see Montreal's little hill as "a mountain". It's what? 233 metres. I just looked it up. The very minor peak behind the house where my father grew up is ten times that height.) I can head over to Old Montreal or uptown, though I haven't done the latter very often these past months. (Once, when I decided that fleece-lined leotards *were* an imperative, essential item, and so I hiked up to Simons and bought three pair.) 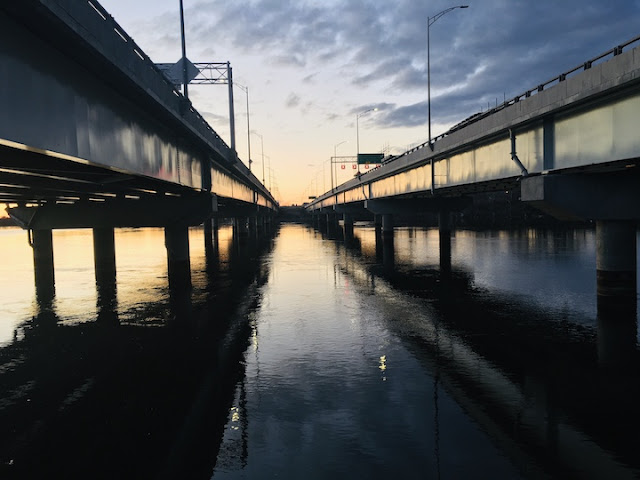 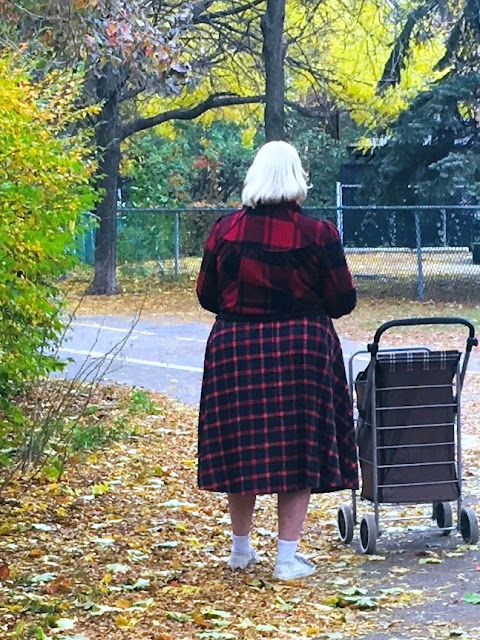 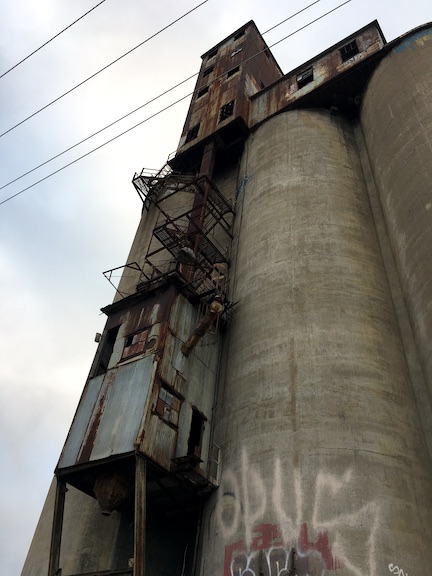 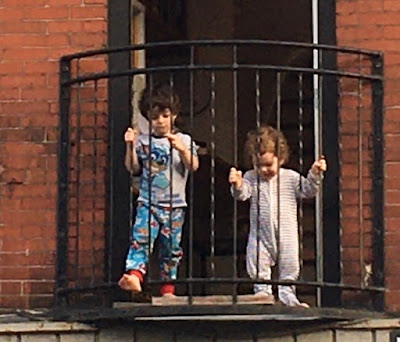 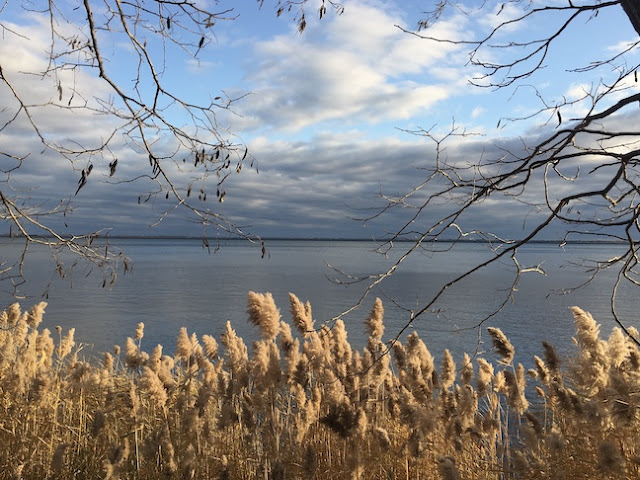 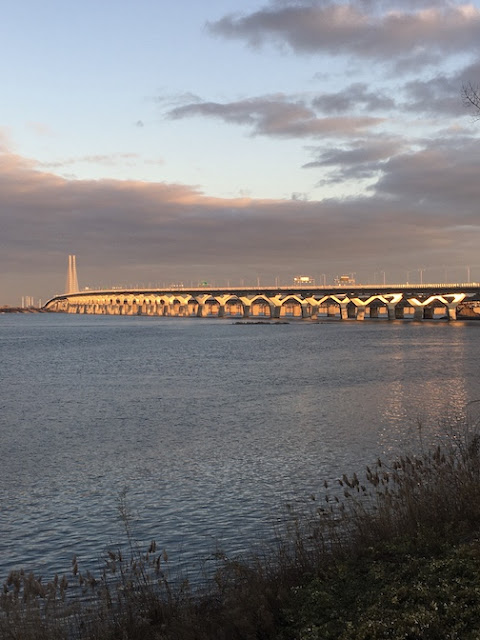 This bridge, called Pont Samuel de Champlain, is a cable-stayed bridge, opened in 2019 to replace an older bridge. Two summers ago, when we cycled to the south shore, I took a pic from underneath both bridges. The old one wasn't dismantled yet and the new bridge had just opened. Or maybe it hadn't yet.
The new bridge is 3.4 k long and has 8 lanes. It's not yellow. That's late afternoon sunlight. You can see it like this from the eastern edge of Nuns' Island or Île des Soeurs.
We knew a monk who called nuns "women religious". Not religious women, women religious. Is the word "nun" perjorative? Hm. Maybe he wanted to be known as a "man religious". 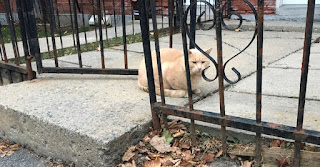 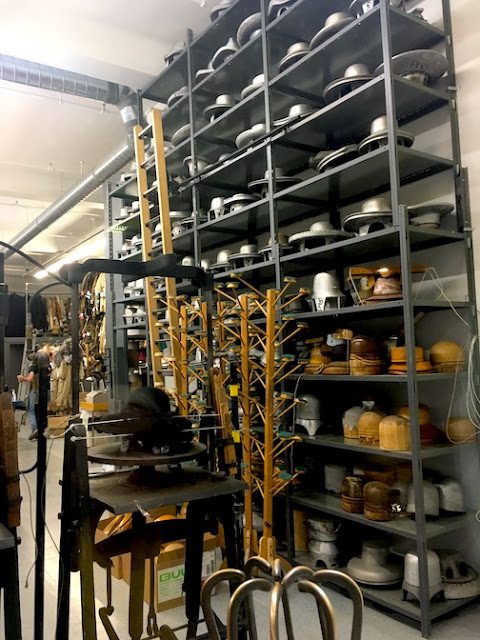 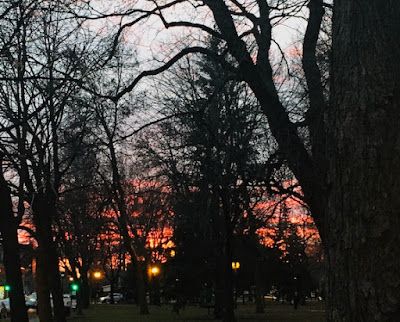 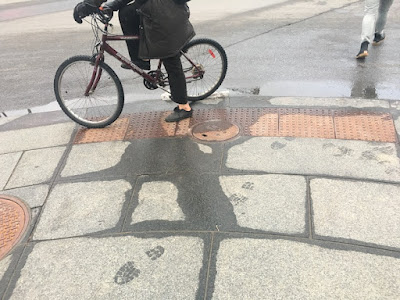 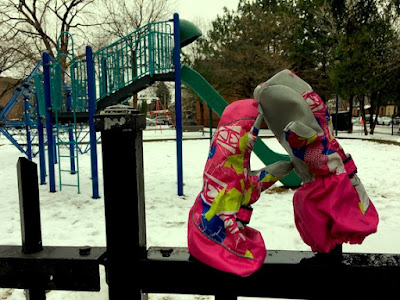 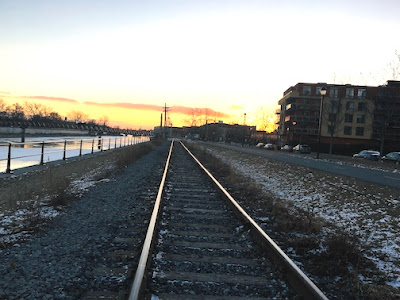 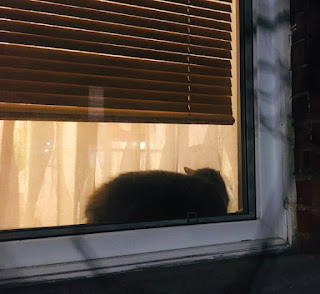 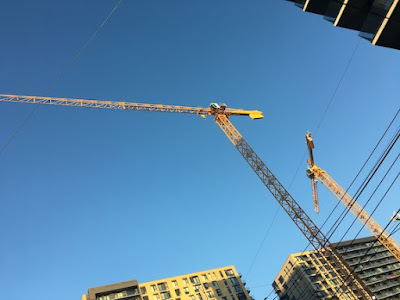 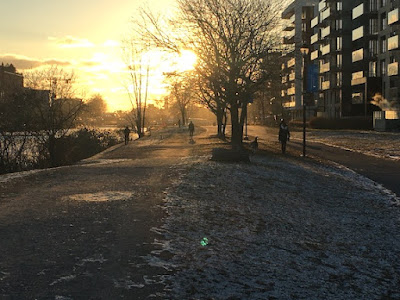 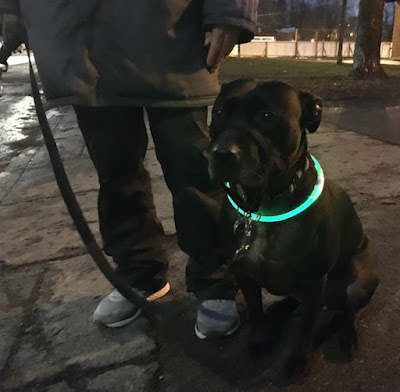 I don't take many pics of dogs because their people are so possessive. Why do you want to take a picture? What are you going to do with it?
The dogs don't mind. Look how proudly she sits, giving me her best profile.
Cats are much easier. They don't give a damn. If they do, they give me their backs or they walk away. 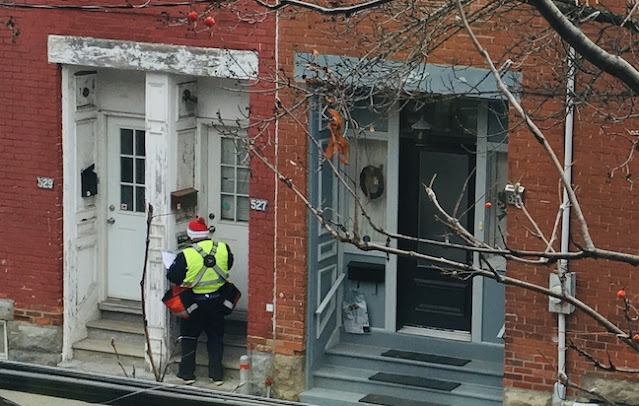 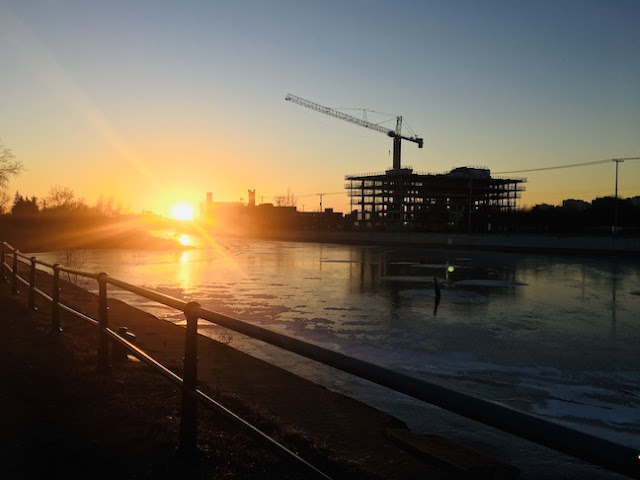 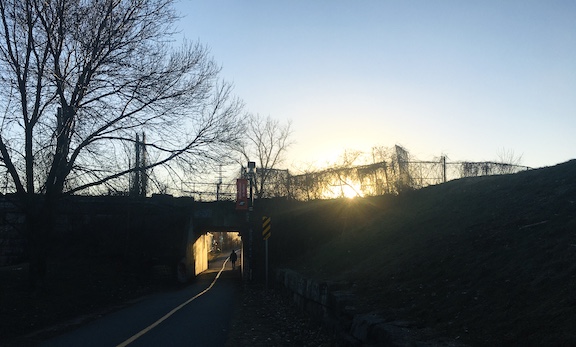 I have only ever seen this underpass, next to the Lachine Canal, in shadow. This year I happened to be walking here a couple of days before winter solstice at 3:30 pm. The sun was low in the sky, about to set. At that hour, at the solstice, the underpass gets sunshine. I would like to think--though I highly doubt it--that it was planned. Is it possible that a city engineer hailed from Newgrange and/or had a sense of humour?
Along the top of the underpass are the railroad tracks heading to and returning from Ontario, Kingston, Toronto, Hamilton, Stratford... places where I hope to go again some day soon. 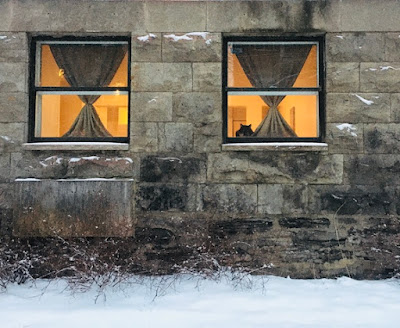