my version of the gabrielle roy walk 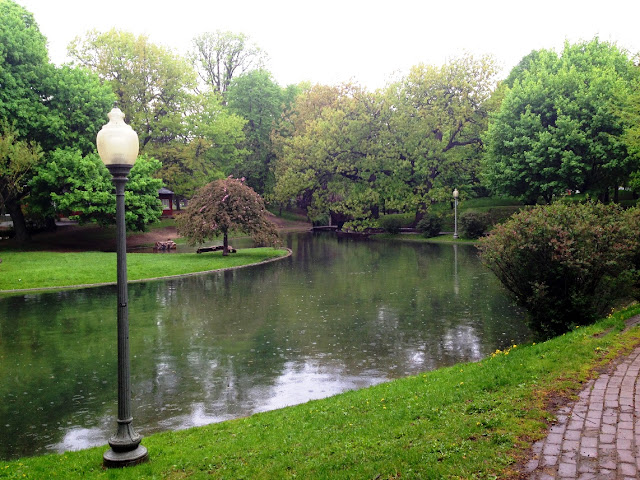 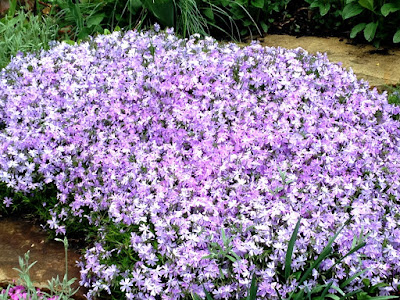 A drizzly day but I felt well enough to do my version of the Gabrielle Roy walk. Among other experiences, she wrote of the distance between the working-class poor of St. Henri looking up at the moneyed houses of Westmount on the hill overlooking their crowded hodgepodge of row houses.

Yesterday I had one of several follow-up appointments at a clinic in Westmount and I decided to walk home down the hill, if slowly, stopping for breaks here and there along the way. 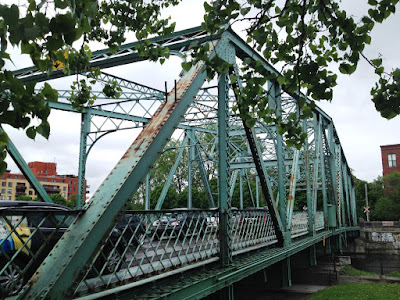 Gabrielle Roy wrote about St. Henri but I aimed farther east where I live in Pointe St. Charles, which is next to St. Henri. There are some roundabout ways of getting to the Pointe. Most direct is to cross one of the two truss bridges across the Lachine Canal that separates the Pointe from the city. I do sometimes wonder what city planners in the 1800s meant by that--whether separating the hoi polloi from the bustling, fashionable metropolis that Montreal was becoming was deliberate or coincidental. 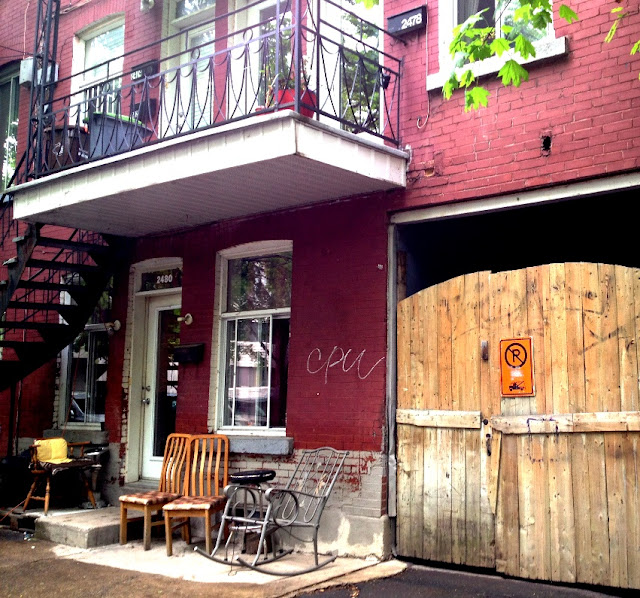 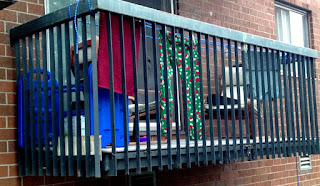 There's a difference in urban vibe almost as soon as you begin to walk through the Pointe. A man  (no longer a friend) once accused me of enjoying slumming. Do I? I have Alpie peasant and Canadian blue-collar roots. I'm not a snob. I might not wear or hang out Santa Claus pyjamas but I also don't find them an eyesore.

We have green spaces here as well, if with a train overpass in the background since rail lines cut through the Pointe. This is the route you'd be on if you were travelling between Toronto and Montreal. 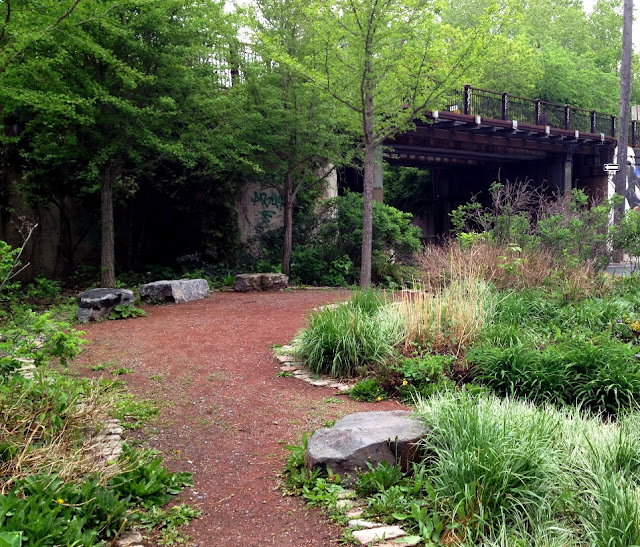 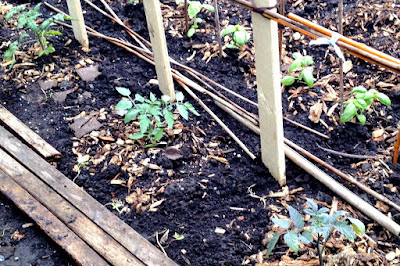 And here, on the weekend, I planted tomatoes and basil and got R to pound in some stakes. My garden is still messy because I'm not bending down so easily, but it's getting there.
Posted by Alice at 9:34 AM