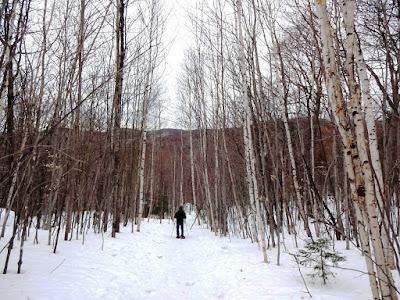 Snowshoed into the woods this past weekend. A mostly deciduous forest that undulated and opened around us. More trees, less sky. Less trees, more sky.


The slender boles of birch trees.

Part of the way we followed a river that gushed freezing and black under the snow. The Rivière Doncaster in Parc Doncaster near Mont-Rolland. 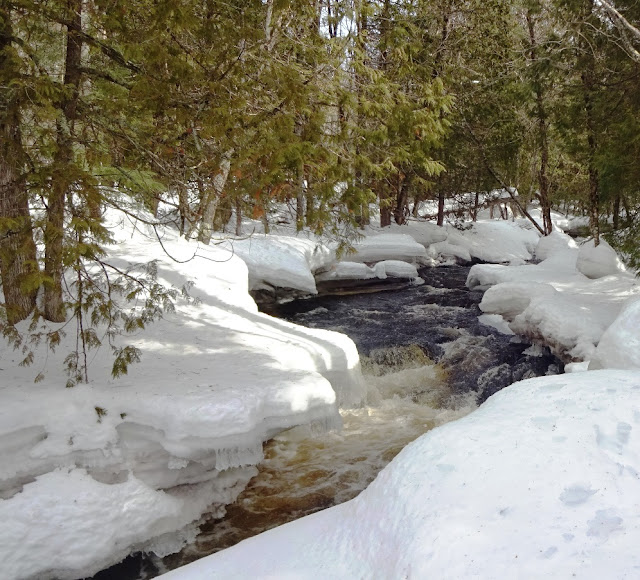 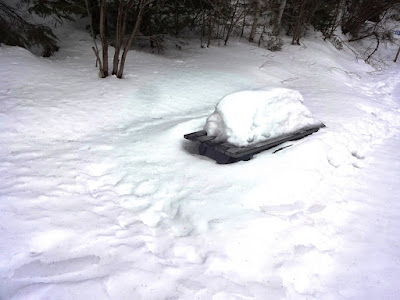 We trudged up a hill, we trudged down. We'd brought our lunch. It was mild enough to eat outside but not so mild that the snow had released the picnic tables. 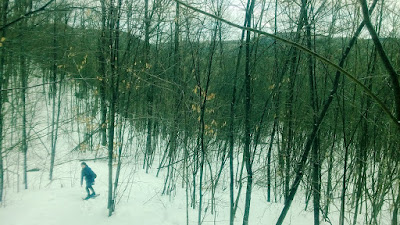 The mountains in the Laurentians are old, rounded, low hills--among the oldest in the world, 540 million years.


That's me--not moving as quickly as it looks because I'm so far behind R that he was able to get this far-away picture. 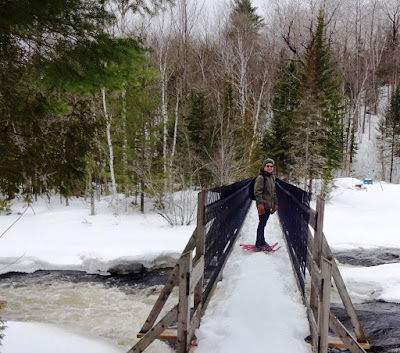 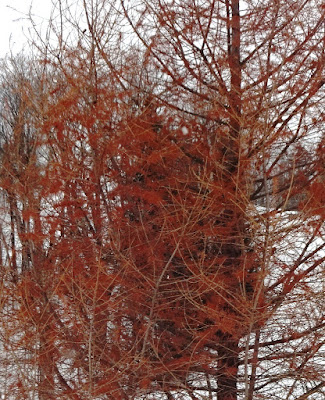 Among the meditative generality of trees and snow and hills and sky, there were particulars.
The orange needles of a larch, fungi, a maple leaf weathered thin as ancient parchment. 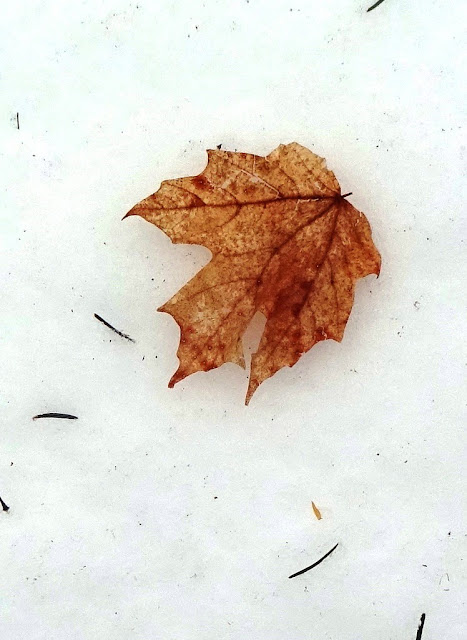 I particularly loved these ice formations that made me think of Enokitake mushrooms hung upside down. Bouquets of ear swabs. Fancy cocktail swizzle sticks. Or what they are: icicles. Though... I suppose there's a proper word for when they're formed by a rushing current. 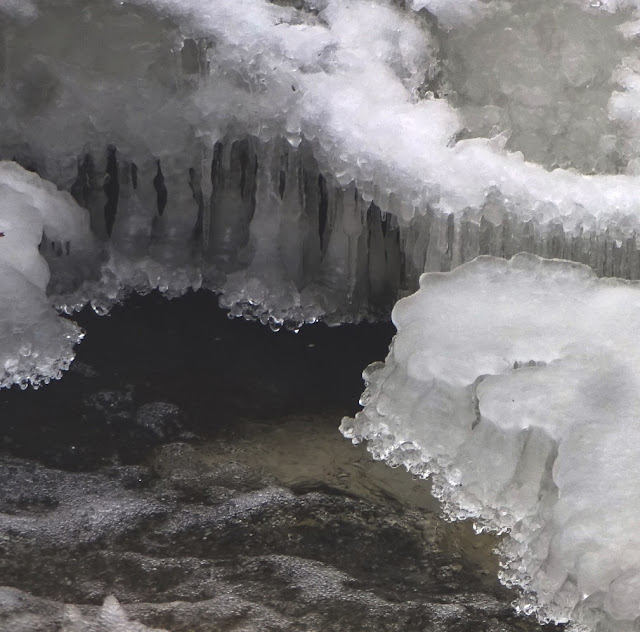 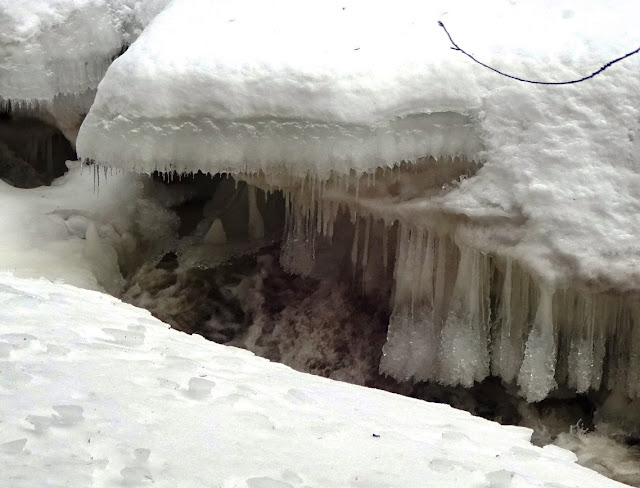 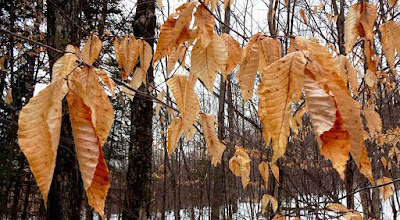 When the cleats on our snowshoes weren't crunching on the snow, when we stopped and listened, or found a log to sit on, we could hear the twittering and shivering of the leaves still on the trees--in a way that you'd never hear it when all the trees are in leaf and green. It's a winter sound. 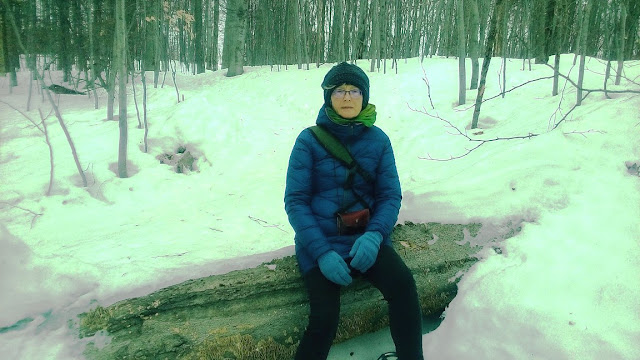 Email ThisBlogThis!Share to TwitterShare to FacebookShare to Pinterest
Labels: Quebec