looking at the body / writing

This happened yesterday. We're still having a heatwave in Montreal and though I normally go for my long walk in the afternoon, I decided to go for a walk before the sun got into its Albert Camus mood and the air was still cool. Cool as in: tank top and shorts and not melting with sweat. (Yes, yes, I had a high school English teacher tell me that horses sweat, men perspire, and women glow. She must have been made of plastic. I am female and I sweat.) 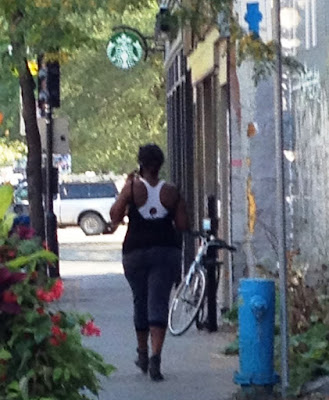 While sitting in a café reading a novel, I stopped to consider this line: "People look more like who they really are from the back."

A choreographer recently helped me with some pages I wrote, and she pointed out that I mostly describe my characters from the front--which doesn't work in dance. She prompted me to be more aware of a 360 degree perception. 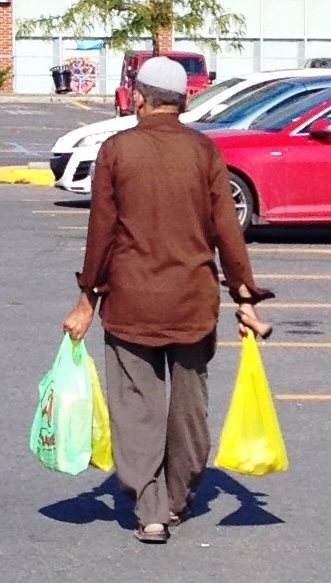 So this line especially caught my attention. I wondered how true it was and on my walk home, started snapping pics.

This man is carrying his cane along with his groceries. Made me wonder why he had a cane if he could walk so well without it. Although that was something best seen from the front, so this isn't a case where the back view reveals more. 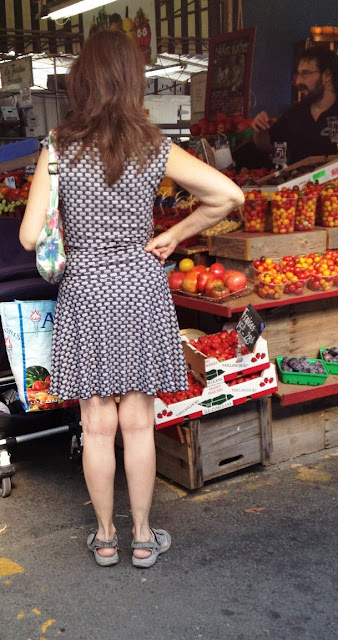 What can be seen? Some lifestyle choices. How a person dresses. Whether she walks or rides a bike. Carries groceries in a knapsack. A physio therapist probably has a more well-trained eye to spot people's habits, good and bad, from their posture than I can. There are cultural identifiers. There's anxiety, there's determination to get somewhere, there's confidence, there's indolence, there's simply having to get from one place to another.

There's no reason for this woman to look so impatient and tight-kneed. She's already being served. In fact, why hasn't she reached into her purse to get out her wallet since she's going to have to pay any instant? 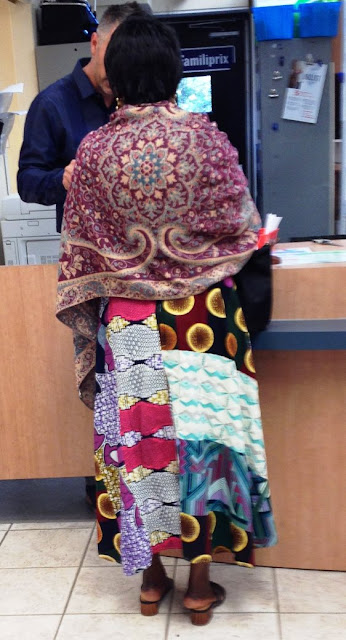 I stood behind this woman for a very long time because the pharmacist was explaining in minute detail how she was supposed to administer the medication for her child. She didn't once move or shift as she listened, though it looked to me like one foot was about to slip off her shoe. This last observation is more a reflection on myself than her. I would fall. She didn't. She finally asked the pharmacist if all that he was telling her was on the piece of paper in the bag. Yes. Well, then, she said. Her tone was as patient with him as he'd been with her.


It occurred to me--being the kind of writer I am, interested in "story"--that I could imagine more when I see two people rather than a solitary person. Immediately there's dynamic. 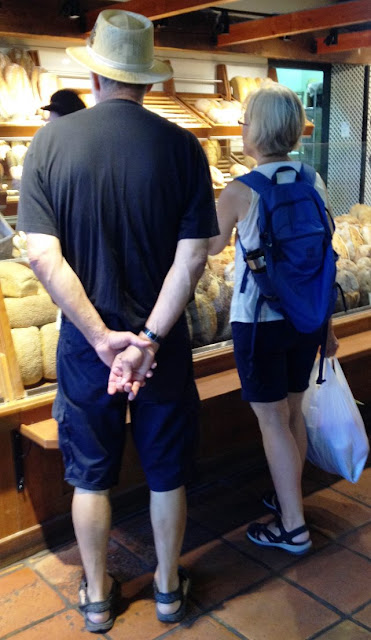 This couple, for example. Quite apart from their age, I would still guess that they've been together for a couple of decades at least. They're comfortable together. Maybe even take each others' presence for granted? I'm looking at his hands. She might seem to be the in-charge person since she's doing the carrying. Though you never know. She might pass him the knapsack once it's loaded up. Real-life people--and fictional characters--can surprise you with their inconsistencies.


This is the back shot I like best. Her solitary quietness and elegance. The bicycle. This is a story I could write. I like to "place" my characters. 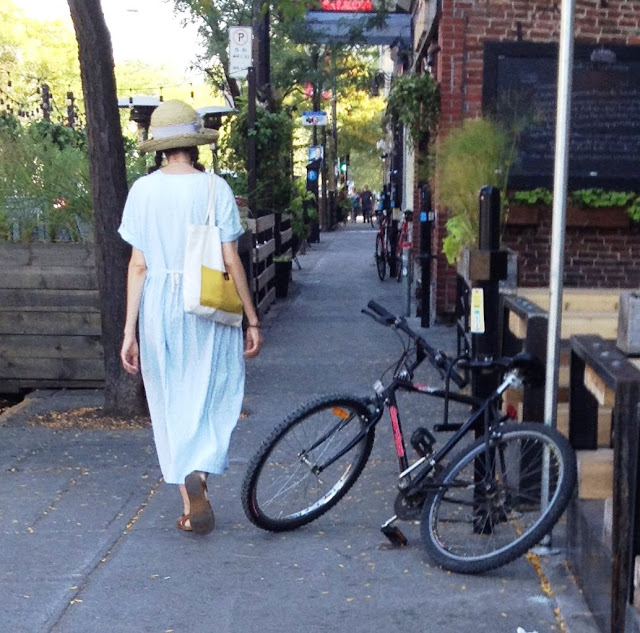 It's still a good pointer to pay more attention to what we can read from behind.