a long summer in Montreal / no complaints

You go away for vacation in the summer. I don't have kids. I'm not tied to a school schedule. My favourite season to travel is the fall.

During the summer I stay home and work. I don't have a/c but the dirt cellar keeps the downstairs cool. Just don't shriek when the occasional centipede ventures upstairs. They eat spiders which is good. Leave the centipedes alone. Not that they even react when you shriek.

I like being in the city in the summer, wearing a floaty dress and sandals, getting lettuce from the garden, cycling followed by bbq and wine.

This summer I finished a long and intensive bout of work. I spent so much time at the computer that I gave myself... ahem... De Quervain's Tenosyvitis from banging the space bar so hard with my thumb. Very painful. From the thumb through the wrist up the forearm. I'm still trying to teach myself not to bang like that and wondering why I ever started. Why so aggressive about making spaces?

I'm not ready to get back to blogging yet but I will. I need some time to myself for all the other things that have piled up and gotten dusty and neglected.

In the meantime, while out walking, I saw a couple of sights that actually made me pull out my phone. 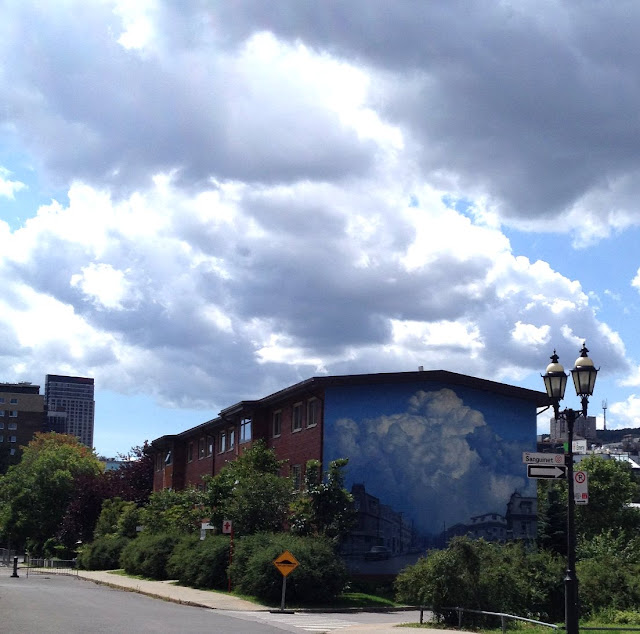 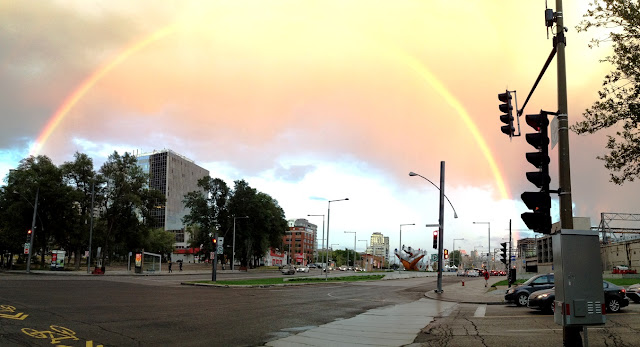 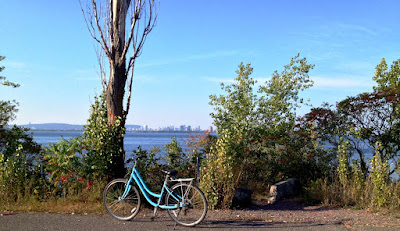 This past weekend was very hot, so we cycled across the St. Lawrence via the old ice bridge aka l'Estacade. Here, I'm facing Montreal across the river.


On the other side of the ice bridge, if you turn west, you're on a spit of land called la Petite Voie du Fleuve. The St. Lawrence River is on one side, the St. Lawrence Seaway on the other. When there aren't too many trees, you can see water on both sides. I took a panoramic shot to give you an idea--and ha! A cyclist dashed by. Neat what the camera did to him, no?

And here I'm heading home again. And yes, I know one isn't supposed to take pics into the sun. 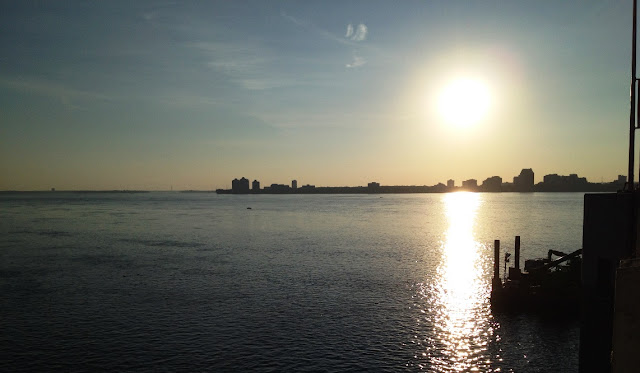