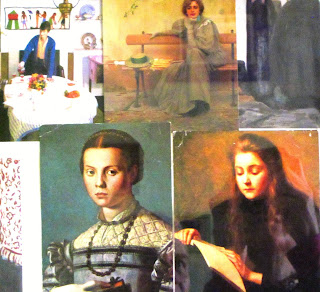 In the days before digital plenitude, museums and art galleries used to have postcards of the works on display--not just the big names but lesser ones too. I still have envelopes stuffed with postcards from trips I took in the 80s and 90s. They're great mementos in a way that googling paintings isn't--partly because I'm not as likely to google something that I saw 22 years ago, whereas I do look at the postcards now and then.

At one point I started collecting postcards of paintings of women. I thought I might write a book of short stories--each story about the woman in the painting. Botticelli, Vermeer, Bonnard, Kandinsky... Right. All these women from past centuries were depicted by men. In order to do so with such expression and detail, I would like to think the men had to see past the skin. But did they? Who knows. 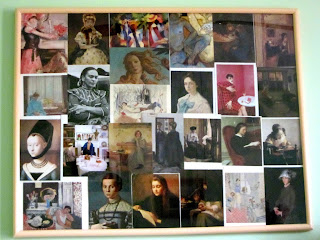 I still want to write those stories. It won't be easy to do research, because historical details about domestic life--women's lives--weren't considered important enough to be documented. Women and women's concerns were invisible. What can I deduce from posture, cuffs, and collars? A woman peeling an apple for a child. Another reading a book. Is what I see enough to build a life? 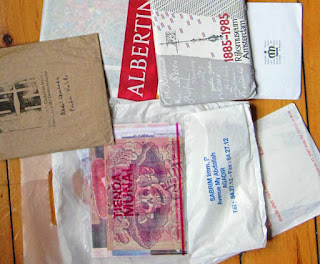