you killed my husband / the rationale of grief

Here's a story I was told--a story a grief counsellor uses in seminars on coaching people how to deal with grieving family members and spouses.

A woman's husband had asked to have his ashes scattered in a particular place. The woman asked another couple to go with her. When they arrived at the lake or mountain or golf course--it doesn't matter where the place was--they discovered that the urn was sealed. There was no way to open it. The trip had taken long enough that the woman was determined to leave her husband's ashes in that place as he'd wanted.
The man who'd driven her there said he had an axe in the car and could break open the urn. She agreed.
An axe isn't a whittling knife. I don't know what she imagined was going to happen--how he was going to open the urn with an axe.
What he did was smash it with the blade--at which point she howled, "You killed my husband!" She was inconsolable, insisting that her friend had killed her husband with his axe. 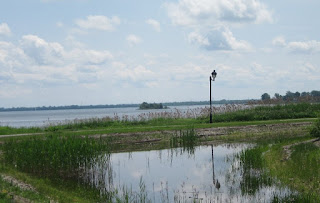