I was on the metro today--which in Montreal means the subway--standing next to a guy who had a nice scarf. Heathery green. Soft.
Probably because I was on the way to Spanish class I looked at his scarf and thought bufanda.
Then, since I live in Montreal, I thought écharpe.
And while I was playing with words anyhow, I tried to remember what the German was.
Halstuch. Hals = neck. Tuch = cloth.
I'm an etymology geek and I grew up speaking a language that can't give me anything more interesting than neckcloth?

Here, to console me, is a painting by one of my favourite German painters, Gabriele Münter. I saw the painting in Munich in 1986. It was painted in 1911. The man in the painting--maybe Wassily Kandinsky--is not wearing a neckcloth. 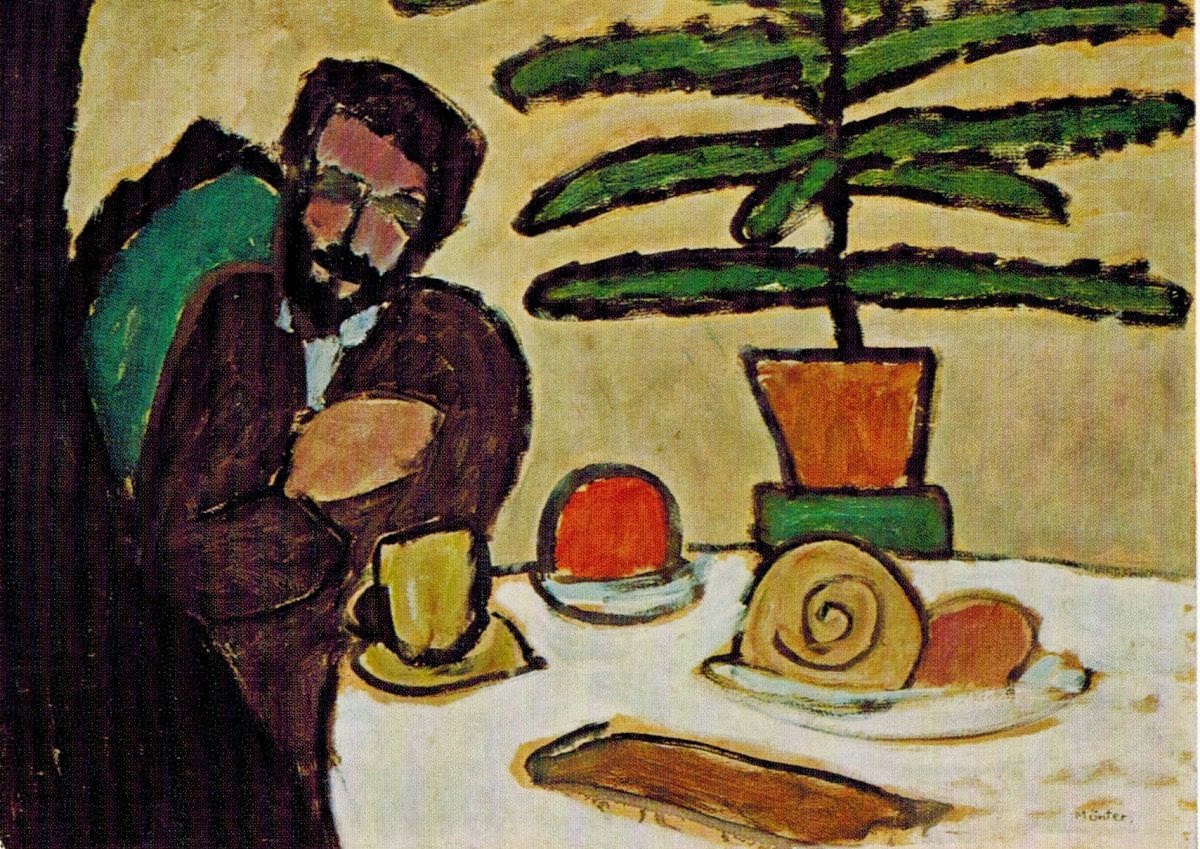