It's been a while since I translated a Grimms' fairy tale. Of course, I'm referring to the book my grandfather sent when I was a child to help keep my German in shape. (Big joke on me: red-hot iron shoes, severed noses, grumbling cauldrons, devils breathing soot. Learn the language, learn what you come from.)

Here's a Grimms' for vegetarians: Straw, Coal and Bean. 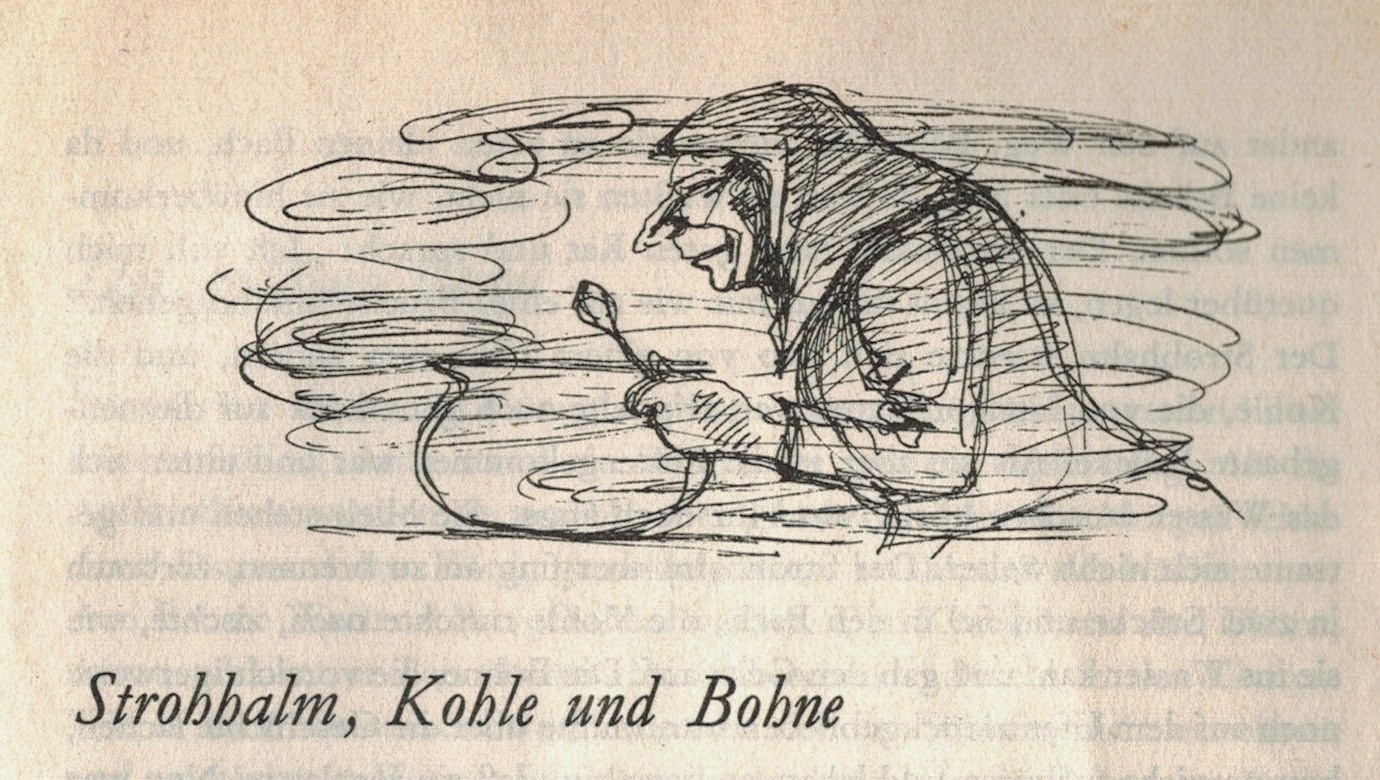 In a village there lived an old woman who had gathered some beans and wanted to cook them. She made fire in her stove and so that it would burn more quickly, lit it with a handful of straw.
As she poured the beans in a pot, one fell out. It lay on the floor next to a piece of straw.
Soon after a piece of coal sparked from the stove and fell beside them.
The straw began by saying, "Dear friends, where do you come from?"
The coal answered, "With luck I sprang free from the fire, and if I hadn't been so strong, I would be dead for sure. I would be ash by now."
The bean said, "I just escaped by my skin too. Had the old woman kept me in her pot, I would be mercilessly cooked to mash by now--like my comrades."
"Would my future have been any different?" asked the straw. "The old woman let all my brothers go up in smoke, sixty in one handful--murdered. Fortunately I slipped between her fingers."
"So what shall we do now?" asked the coal.
"Right," said the straw. "Since we all escaped death together, we should stick together, and so that we don't get into any more danger in this perilous place, we should emigrate to a foreign land."

The suggestion pleased the others and they set out. Soon, though, they came to a small stream, and since there was no bridge or path, they didn't know how to get across.
The straw had a good idea and said, "I will lie down and you can cross on me as if I were a bridge."
The straw stretched itself from one bank to the other, and the coal with its fiery nature scampered across, except that when it got to the middle and heard the water rushing beneath, it became afraid, stopped, and couldn't go farther.
The straw began to burn, broke in two, and fell in the stream. The coal slipped after it, hissed when it hit the water, and gave up the ghost.
The bean had carefully stayed on the bank, but couldn't stop laughing when it saw what had happened, and laughed so hard that it finally burst.
Now, as it happened--perhaps with luck too--a tailor, who was also travelling, had also been resting by the stream and saw what had happened. Since he had a compassionate heart, he took out his needle and thread and sewed the bean together again and the bean thanked him most beautifully.
However, since the tailor had used black thread, that explains why since then some beans have a black stitch. 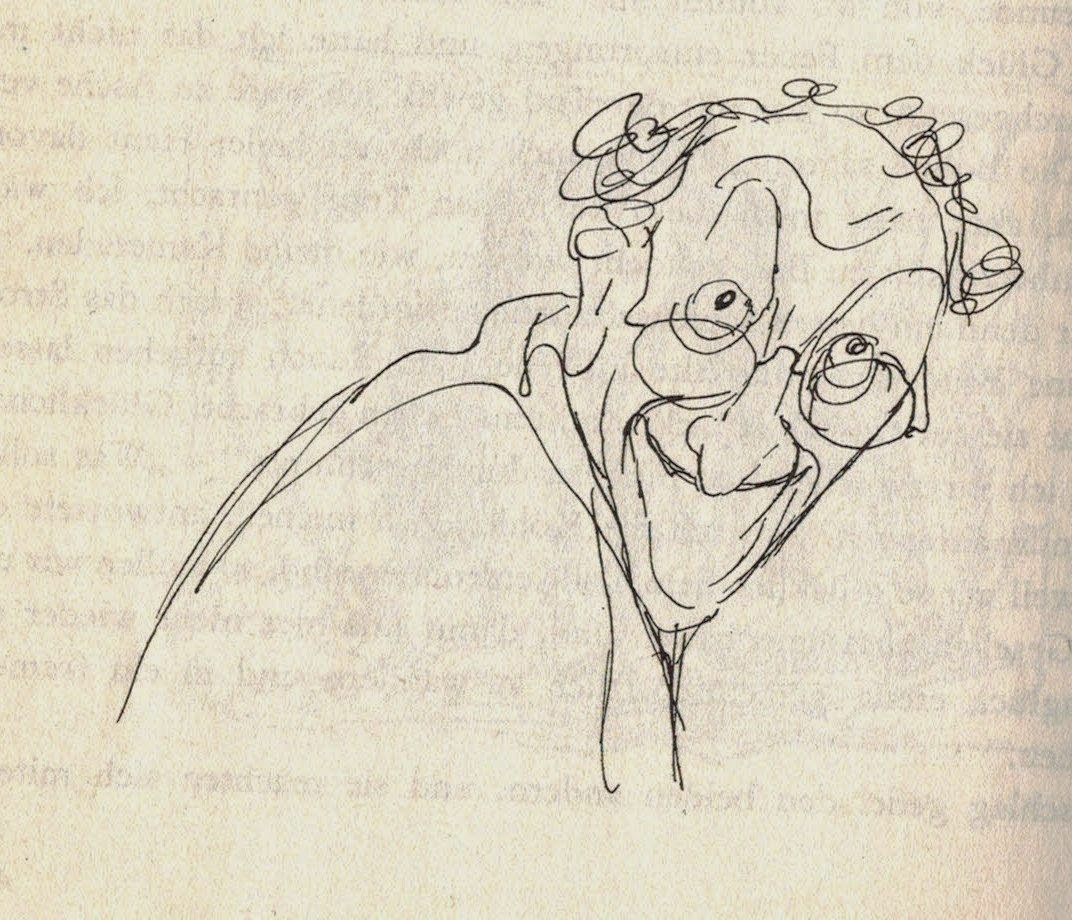