I needed to buy a zipper but there are no longer any fabric stores in downtown Montreal. This clearly hasn't occasioned an outcry. I must be the only who sometimes needs thread or a button or a zipper.
Sure, there's dollar store thread that a 2-yr-old can break. Or I can head up to St. Hubert and buy an industrial-sized bobbin, but I don't want 50 kilometers of yellow thread, and St. Hubert is way across the city from where I live.
Since when did a few minor sewing repairs become something only people who live in the suburbs do? Please, yes, I would like to petition one of the zillions of Starbucks in the downtown core to open a nook with threads and zippers for people who still do at-home repairs. Or a bookstore like Renaud-Bray or Indigo. They're selling everything else to make up for the seeming dearth of books in the world. Why not add a selection of thread to the woven napkins and mugs?

I looked online and found the closest fabric store near the end of a subway line. I came out at the intersection of two four-lane speedways. Whichever direction I faced, I could buy a hamburger, a soft drink, a donut. There was a mega-grocery store, a Walmart, a Toys "R" Us. I was supposed to head northwest to find the fabric store where I could buy a zipper. However, since each of the four corners looked the same--there are no identifying features to Shopping Land and Parking Lots--I didn't know which way was northwest.
The last time I came to Shopping Land and Parking Lots, I discovered that asking people which way east and west was confused them. I asked whether they lived in the area. Oui. Yes. Could you tell me please--pourriez vous me dire s'il vous plaît...
So forget cardinal directions. I asked if they knew which way was downtown, because even when I was a kid living in the country I knew which way the big lights were.
Downtown? Nobody knew where downtown was either. Who needs big lights when you're in Shopping Land and Parking Lots?
I walked for a long time in what I could only assume was the wrong direction because I never found the fabric store. I decided to turn around and see if it was the other way. Damp sidewalk, grey sky, the roar of traffic and gigantic store lights. (That's not a missing Oxford comma. I mean: the roar of traffic and [the roar of] gigantic store lights.)
I took a chance by accosting a fellow who was loping along, minding his own business, wary of a woman with a question. I begged his pardon and asked if he knew where downtown was. He reared his head as if doubting my sanity. I'm lost, I told him. He nodded behind his shoulder. The direction I was going. Thanks, I said. Merci.
I found the store, bought my zipper.

In other not entirely unrelated news, I started knitting again--after 30 yrs of not knitting--only to discover that pieces of knitting that are stitched together have largely been replaced by patterns that are knit entirely in the round. I wasn't sure I liked that idea--all that weight all at once. However, I'm a few projects along and decided to try. There are several yarn and knitting supply stores closer to the center of the city. Knitting seems to be cool. Sewing isn't. Or at least not cool enough.

For my first try, I did an experiment with a tiny newborn sweater for Baby Larkin! 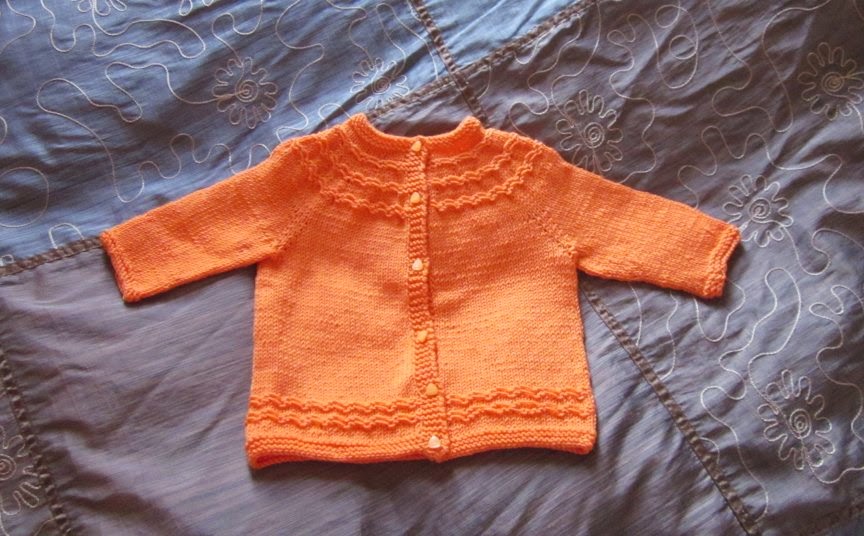 I was also asked to knit/crochet a beard for a doctor who needed a disguise. 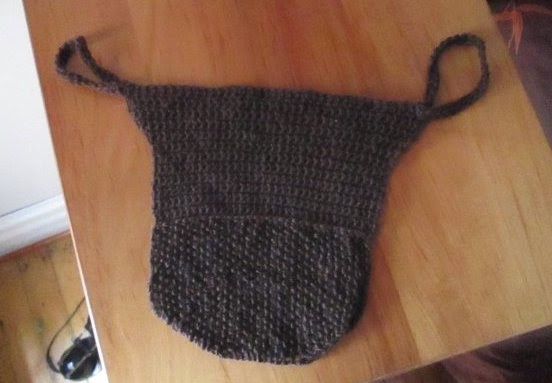