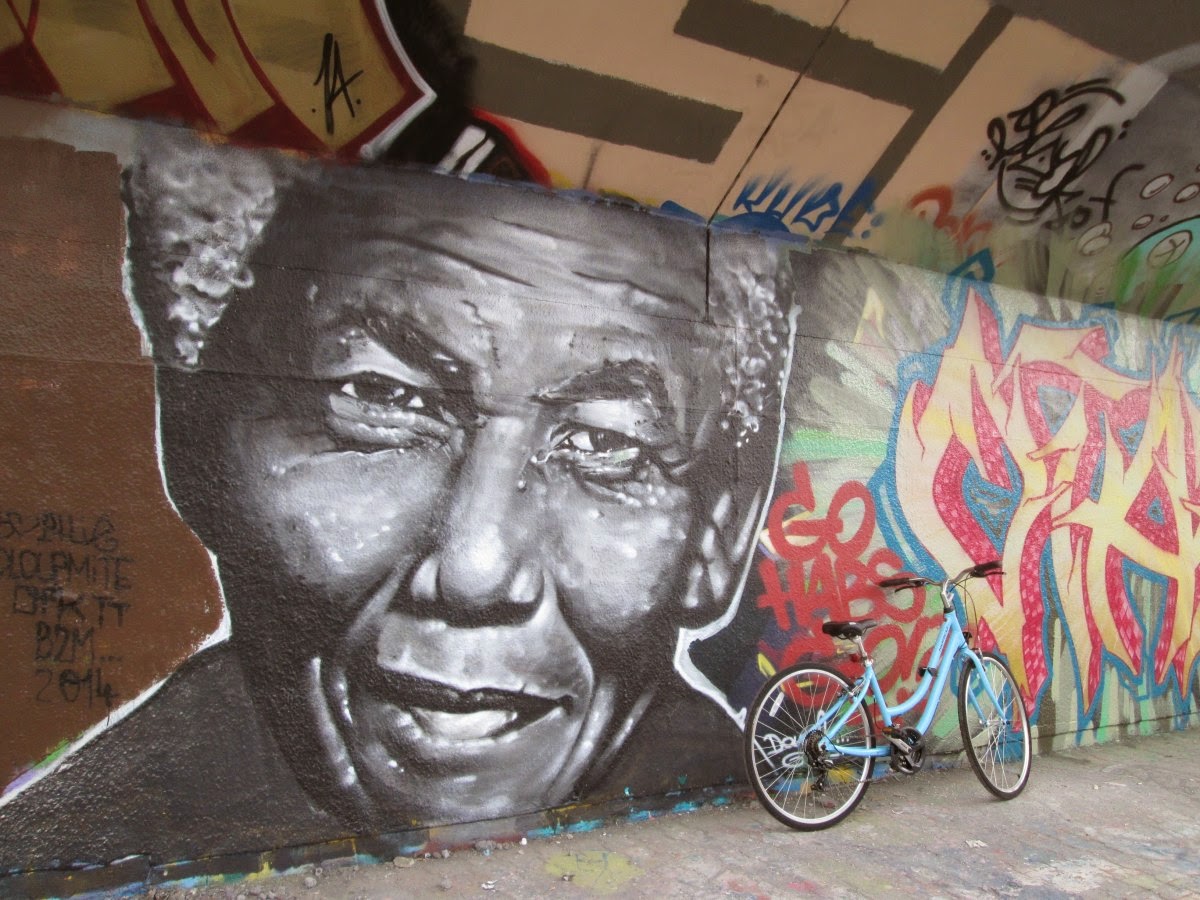 When I walk from our place in Pointe St-Charles up to the Lachine Canal, and from there up the hill into the city (which is why I call downtown Montreal "uptown"), I pass what I call Graffiti Wall. I have no idea what the actual policy is, but from what I observe the wall has been given to graffiti artists to use as they will.
There have been astounding 3-D locomotives, nonsense lettering, abstract cityscapes, psychedelic flames, a clothesline strung with fancy lingerie, avowals of love, surrealistic sexual imagery, homage to hockey players and more. It is rare for any one tableau to last more than a couple of weeks, if that. It doesn't matter how long someone laboured or how many cans of paint were used. Graffiti art is temporary. That seems to be the code: as you cover whatever is underneath, you will be covered too.
Last December someone did this portrait of Nelson Mandela. To either side, the wall has metamorphosed umpteen times. So far no one has touched him--not even to add a moustache, an earring or a pimple.

The bike leaning against the wall are Rapunzel's new wheels taken out for their first spin.
Posted by Alice at 4:59 PM