dancing in mexico city / one statue one skeleton

Anyone who expects a picture of me dancing doesn't know me very well. I have a major disconnect between the way my ear hears music and however my brain sends those signals to my limbs. When I was younger, people used to insist I try--only to tell me when I was out there wagging my elbows and swaying my hips that it was true: I can't.

One aspect I love about Mexico City--and no doubt elsewhere in Mexico--is how people get dolled up in their finery on weekends and come to the parks to dance. In larger parks there's a band or a DJ. Sometimes there's no more incentive than a boombox blasting music. I took a lot of pictures the first Saturday we were there, but my camera was stolen. After that, I could use R's camera, but I felt cranky about bothering to take pictures if who knows who might run off with them. So I took only a few.

These are mostly pix of older couples because I was interested in how older women continue to see themselves as sexy and desirable even as their waists thicken and get truck-driver heavy. The men, too, retain a fine sense of how to dress up. I watched these couples, some of whom must be dancing together for fifty years, and wondered if the gentleness and sureness with which their feet moved in time translated to their private lives. I certainly hope so. 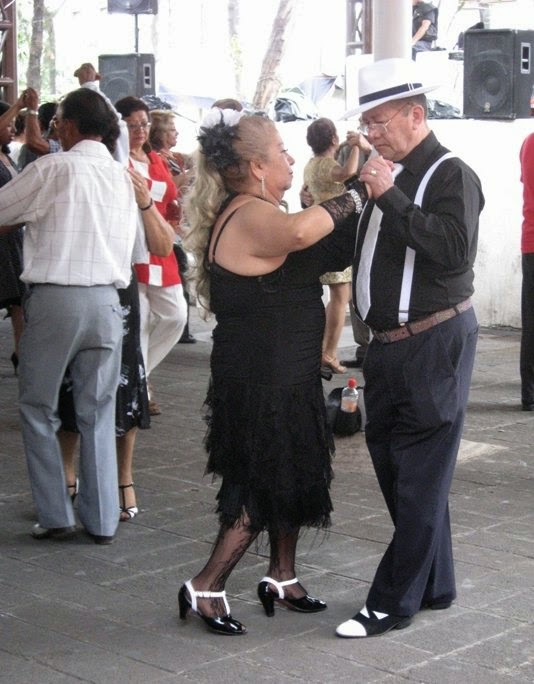 I know for a fact I will never have the kind of self-assurance--or whatever it is--it would take to wear a hot pink dress shirred up the butt crack. 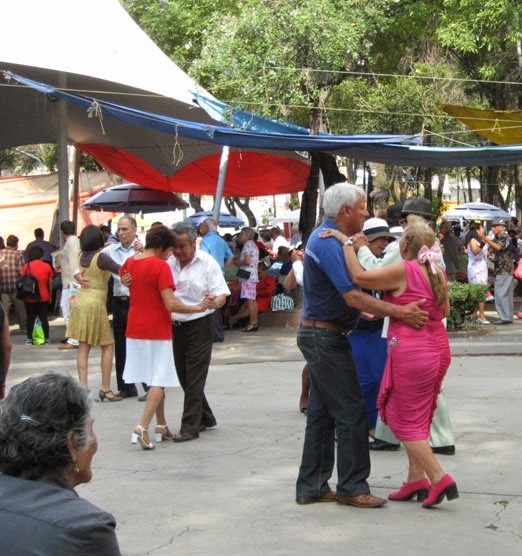 This next couple broke my heart--the woman in the orange and yellow dress. She'd had a stroke. Half of her face was partly sagged. One side of body dragged a bit. Her husband handed her around so delicately, keeping her well away from anyone who might bump into them. 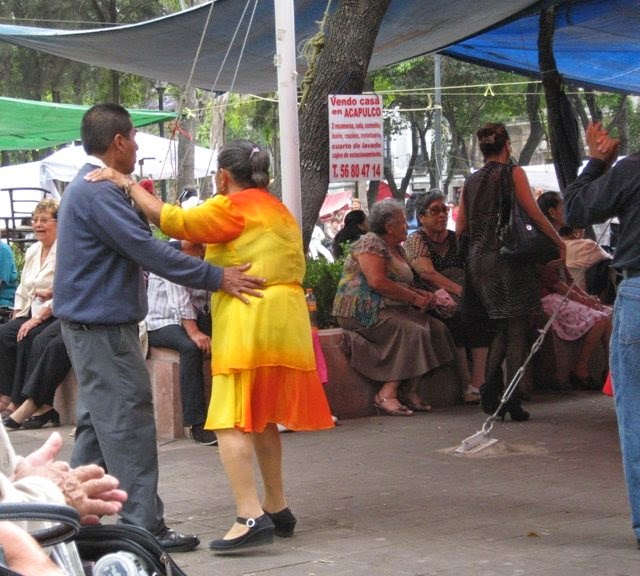 This woman's outfit is complete even to her bracelets matching the straps on her shoes. I'll bet her lingerie matches too. Her partner looks more stoic than enthusiastic in this photo, but you can't see the rhythm in his movements or how deftly he twists her around. 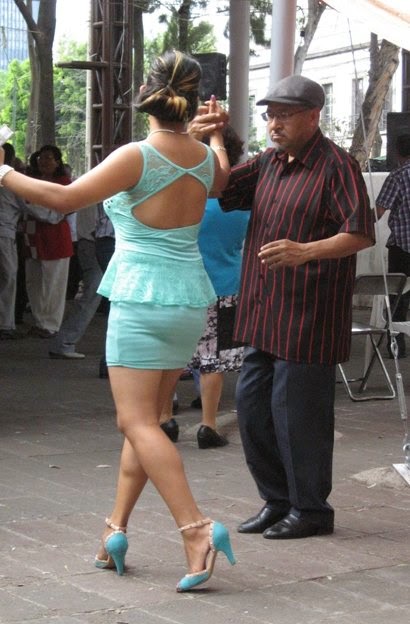 There were younger dancers too. Free-style. 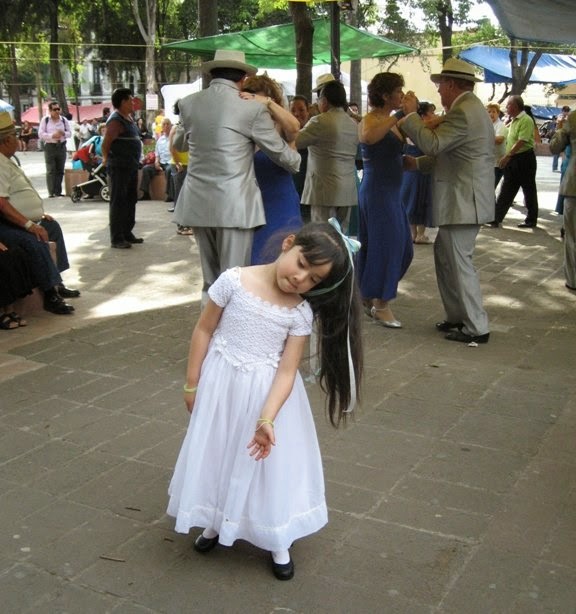 Here's a picture from one of the many amazing exhibits in the Anthropology Museum. It makes me think of how important a nose is to a face. Without a nose, it's hard to broadcast a come-hither look. 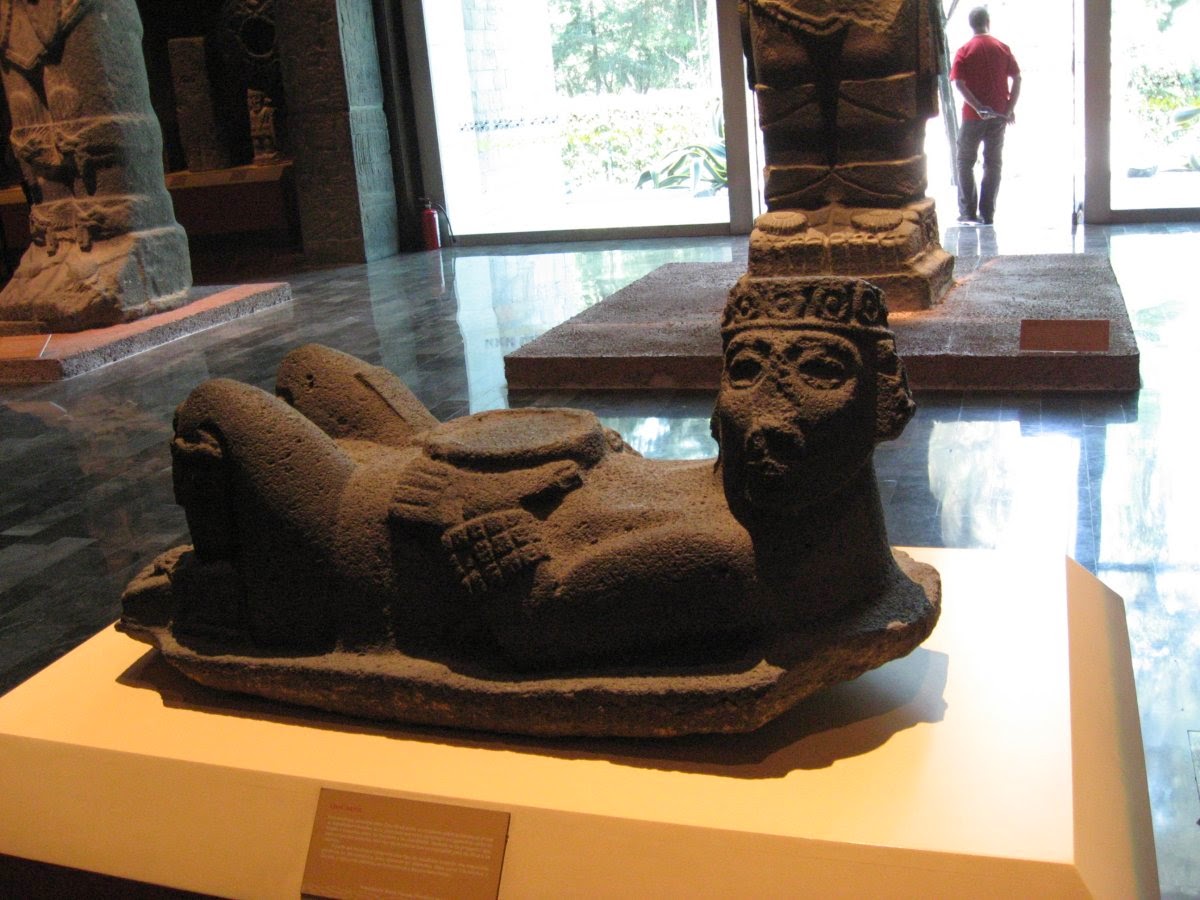 On my stolen camera there were lots of pix of skeletons--skeletons dressed up in costumes, skeletons arranged in lifelike poses, skeletons with human masks strapped to their bony skulls, pretending to be people, dioramas of small skeletons enacting historical scenes. Those pix are gone, but here's one that R took. 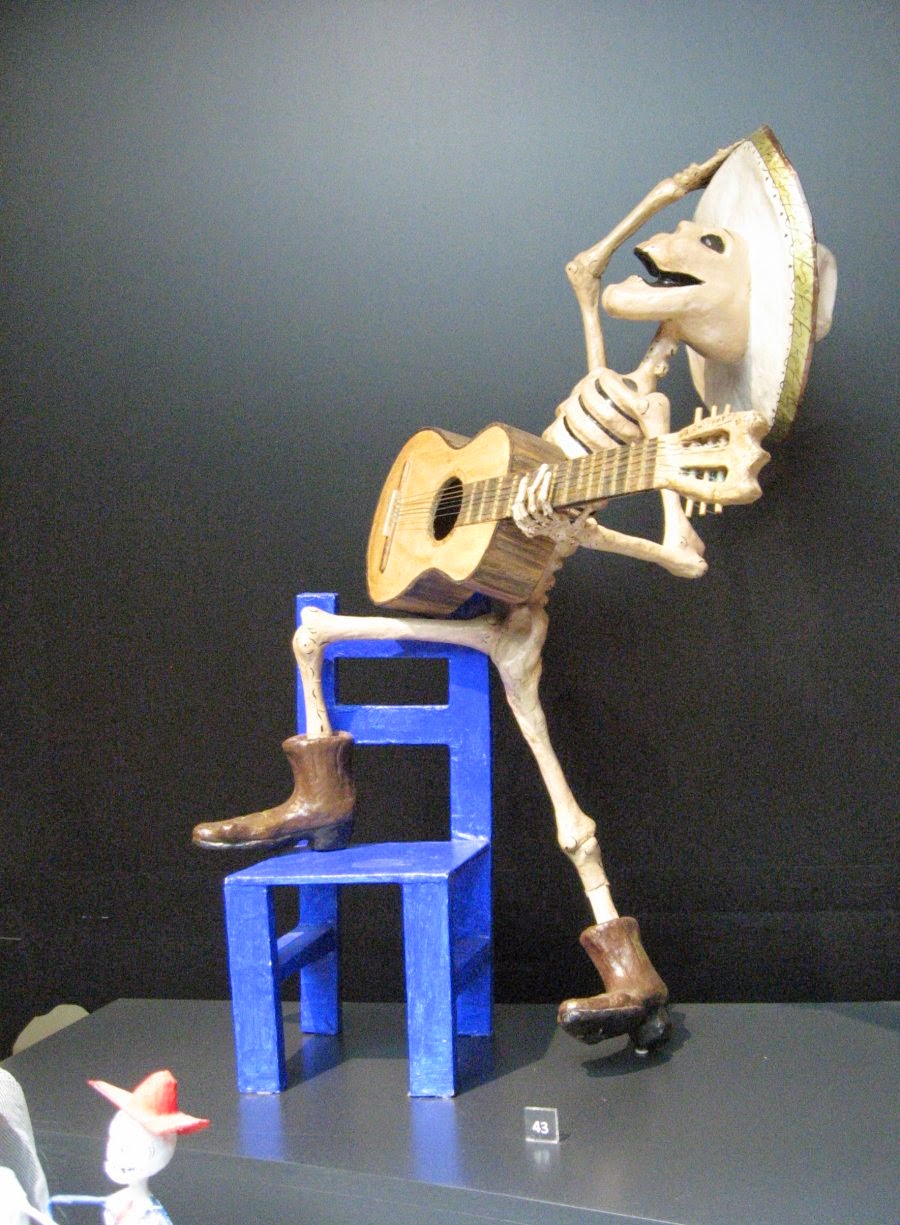