life with a gravedigger / cuajimoloyas 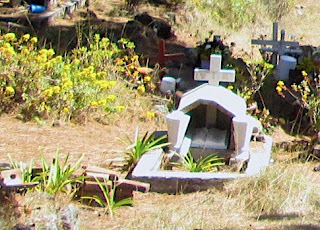 Yesterday I blew R's cover at the dentist. The hygienist asked me a question about him that didn't make sense. She repeated herself, saw that I was still puzzled, then said, but he's a gravedigger, right?

I had been horizontal in the chair with my head tipped back and her tools in my mouth for about an hour. I still wasn't sure what she was saying. R does work in a cemetery, yes. Given its size, one can even call it The Cemetery.  But he doesn't dig graves. 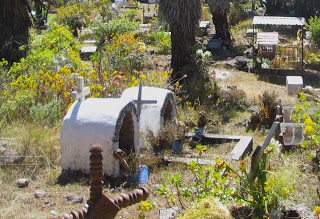 Are there still people who dig graves with picks and shovels in large cemeteries in Canada? I don't think so. There are machines to make holes more quickly.
The only time I've ever seen a man digging a grave was when we were in Cuajimoloyas, a small village in the Sierre Norte mountains in Mexico. We were walking through the cemetery as we often do when we travel. R likes to document different cemetery practices. It's an occupational interest/hazard. 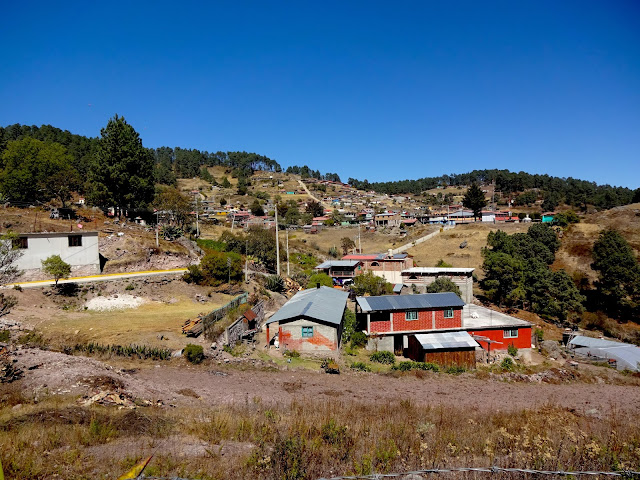 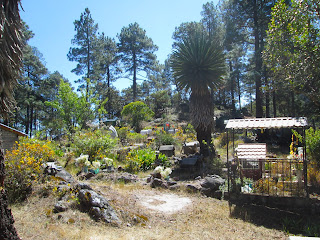 We were looking at the grave markers when we heard what sounded like men telling stories and joking with each other. They were standing and sitting around a hole that one of them was digging. I guessed that even though he was the man hired to do the work, they were there to give him moral support. You don't send a man alone to make a new grave among the dead.
They were immediately suspicious when they saw us, two white people walking through their sacred ground. I approached and told them we were interested in how they took care of their dead. I said that mi esposo worked in a very large cemetery in Canada. They didn't ask how large. They asked how many dead. One million, I said. Round eyes and raised heads.  They wanted to know if R wasn't afraid of working every day among so many dead. No, he said, he was more afraid of the living. They liked that answer. 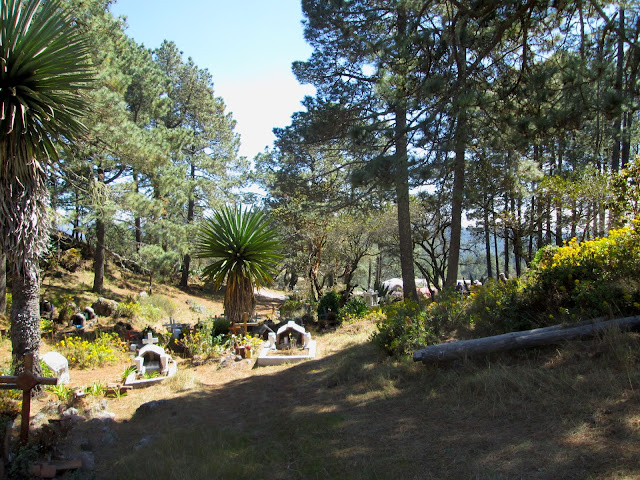 I told them their cemetery, high up in the mountains under the great pines trees, was very restful and it was lovely to see that people visited their dead and kept flowers on the graves. The men were pleased that we appreciated their graveyard.

At the dentist's office, I was thinking about my teeth, not whatever alter ego R has assumed when he goes out into the world. He has a couple. I was lightheaded. I didn't have an explanation for the hygienist. Nor is it my responsibility to explain what other people do. Not unless they're in my stories. R is in his own.

She protested. She said she was sure he was a gravedigger. I said... but doesn't he come here after work? Haven't you noticed that he's wearing a dress shirt and a tie? Well, yes, she said, but but but--he has big hands! He looks like someone who could dig graves!

I asked if she'd never noticed how clean his hands are. They're the hands of someone who does a desk job. (I know about hands because I grew up in a blue-collar family.)

I was sorry to disappoint her. She'd called in the dentist to tell her too. There were lots of Voyons doncs! and C'est pas vrai!

I had paid and was putting my coat and boats on when the hygienist called me back down the hallway. Is it true, she said urgently, that he saw Céline Dion at René Angélil's funeral? That has to be true! It is, I said, it is.

When I got home, I asked R what this story about being a gravedigger was all about. But I am, he said. I'm a virtual gravedigger. What's the problem? 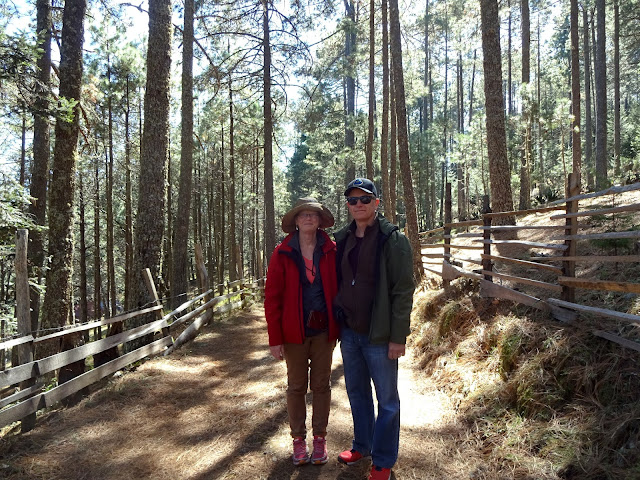 Here we are in Cuajimoloyas, me in my wide-brimmed, dermatology-approved sunhat.
And ps: R informs me that in smaller cemeteries in Canada graves are dug by hand. With tools.
Posted by Alice at 11:15 AM