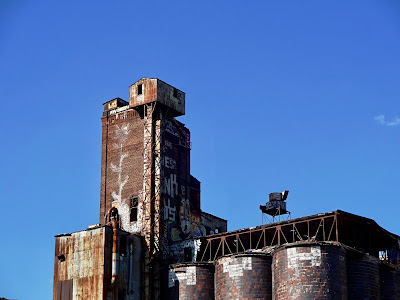 In 2016 I published a novel called Five Roses. I set certain plot developments in what I imagined as a guard tower or watchman's cabin atop the abandoned Canada Malting complex on the Lachine Canal.

Not so long ago I was out for a walk. Given the times, given that we are keeping our distance, given that more people than ever are strolling along my usual routes by the river and other green spots in the city, I've been tromping along backstreets, down alleys, through what others might call the uglier parts of town. Which is fine because I like the patina of rust and decay of post-industrial settings.

These are times, too, when if we venture out, we should be taking the less-travelled road. (Nod to Robert Frost.) 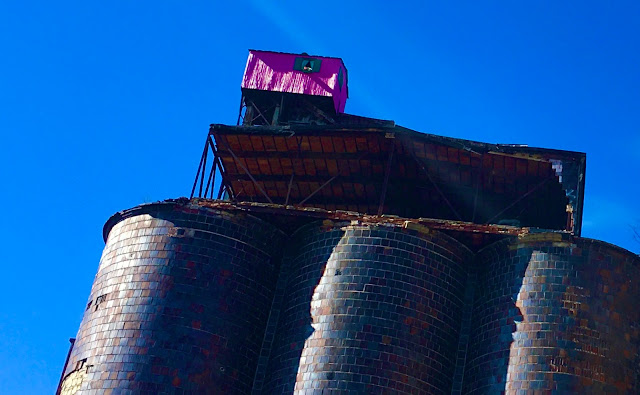 What a surprise to see Canada Malting from a distance--and my old cabin gussied up as if someone had set up house high atop the city. Including what looks like a window box with plastic flowers in a glassless window.