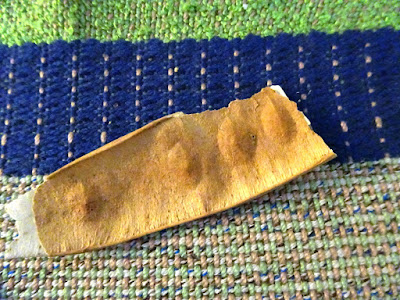 One day somebody is going to be sorting through my debris and wondering what some of it meant. Or maybe no one will wonder because everything will be dumped into bags and get tossed. Why would anyone but myself feel attached to or nostalgic about a rhomboid of amethyst crystal; a blown glass dish; a stone from a beach in PEI sorta shaped like a heart; a piece of wood from a beach in the Gaspé sorta shaped like a footprint? For sure, I'm the only one who's ever known (or cared) where I found the dry bean pod, why I kept it, or that it's on a piece of weaving I made myself. 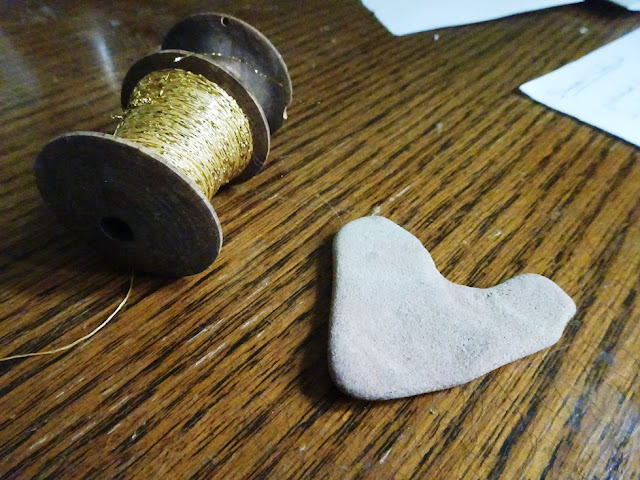 And why would I have a prayer book? I'm not religious. I went to a Catholic school from Grade One to Eight, but my parents didn't go to church and there was too much weirdness at the school for the Catholic stuff ever to stick or make sense. 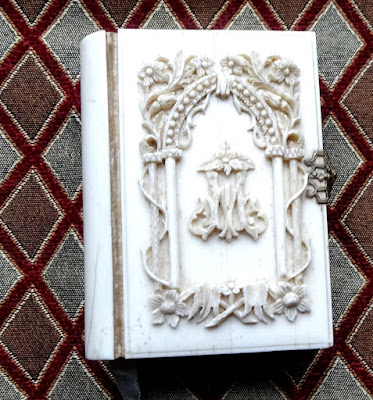 Yet there's a prayer book with a carved ivory cover, silver filigree clasp, embossed silk endpapers. The book is in German and inscribed to my great-grandmother, Anna, at her christening in 1892. She was about twenty. She'd converted from Judaism to marry my great-grandfather, Jakob.

There are several possible stories here. What did conversion mean to her. What was it like for her living in a small village in Austria during the 1930s and 40s. What happened to her family back in Prague. I know one of her siblings was sent to Dachau because I contacted him in the 1980s and we corresponded for a while. His daughter found me on FB a few years ago. There's also the story of the book itself. I don't mean the prayers but the physical object. The carved ivory cover is hard like heavy china. Who did the carving? Is it hard to carve ivory? Does it crack? How did the ivory get to Vienna where the book was made? And yes, the story of the elephant--probably slaughtered only for the tusks.

All the untold stories like a ghost aura around this book. A puzzle for whoever finds it. 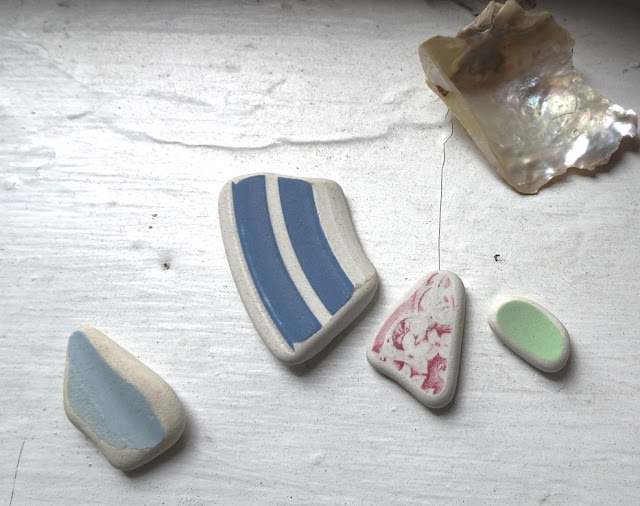