cycling across and under bridges / montreal 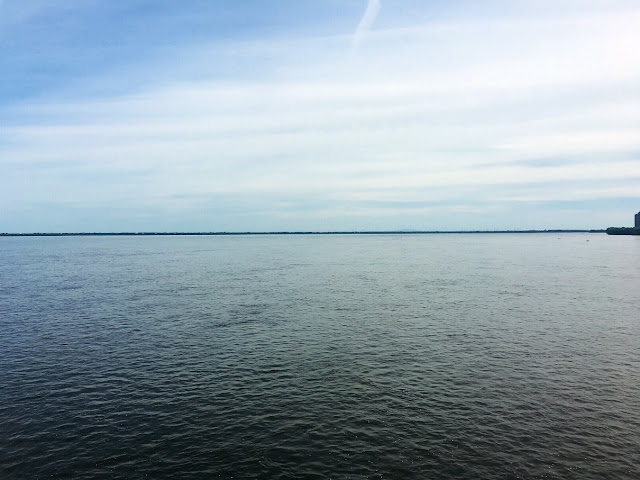 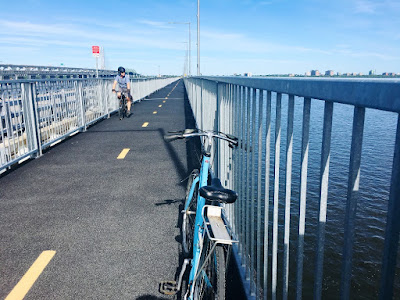 Today we crossed from the island of Montreal to Île des Soeurs (aka Nuns' Island), and from there across a narrow bridge that spans the St. Lawrence River. This narrow bridge, called L'Estacade, is a little over 2 k long. It was built in the mid-1960s to block/control the force of the ice in the St. Lawrence. In English I've heard it called the ice bridge. It's been replaced by a new Estacade that's a dedicated bike path.


The bridge it was protecting, the Pont Champlain, has *recently* been replaced. Construction began in 2015. The new bridge was finally opened for traffic this past weekend. The old bridge will be demolished. 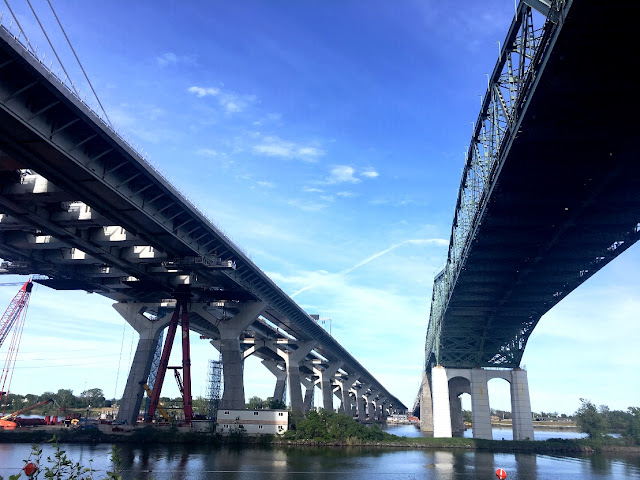 We cycled as far as another island, Île Sainte-Hélène, passing under another bridge, Pont Victoria. The Victoria was the first Montreal bridge to cross the St. Lawrence, also the longest bridge in the world at the time of its construction 1856-1859. It's a narrow bridge by today's standards, and taking it is an obstacle course because of ongoing repairs and construction. Nevertheless, it's the bridge we take when we head to the Gaspé. 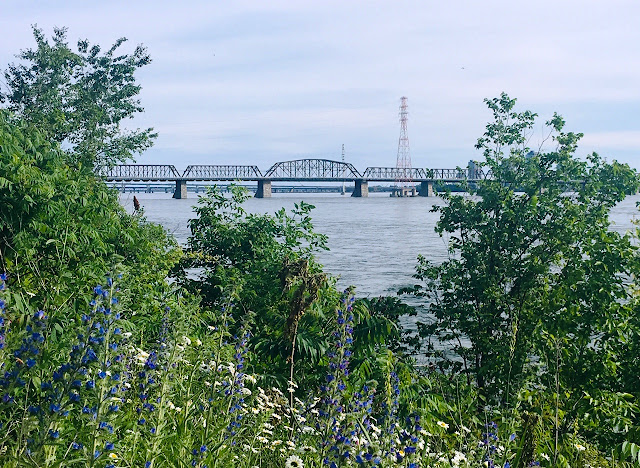 And though you won't be able to make it, here's a picture of the FARINE FIVE ROSES sign from the other side of the river. 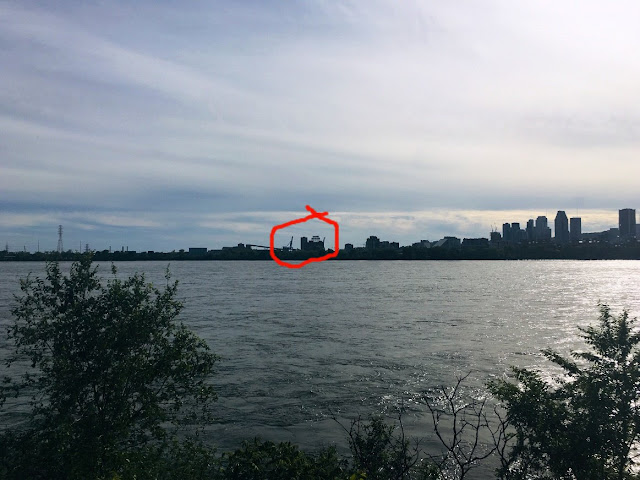