aiming the camera / dogs in Mexico 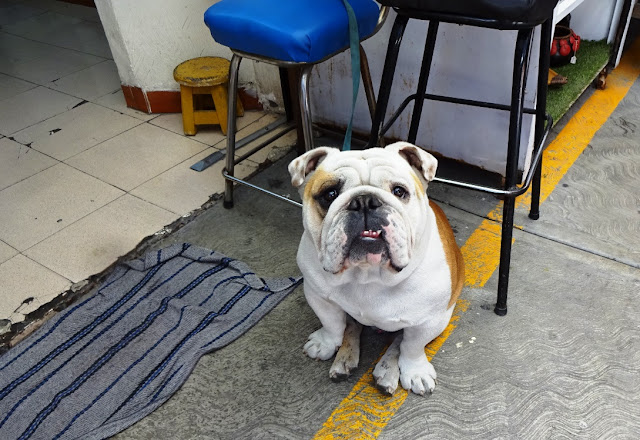 I took pics of dogs in Mexico. Dogs don't mind when you aim the camera at them. 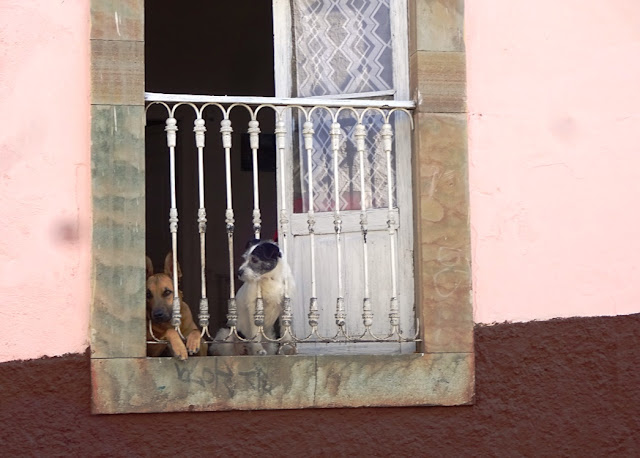 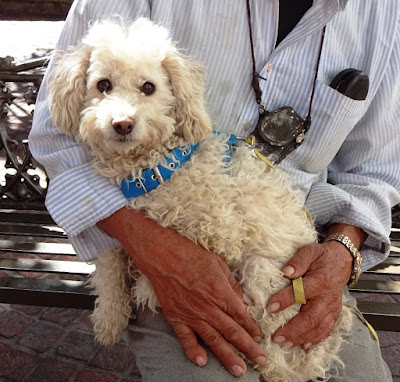 They look right back at you. Or they ignore you. They stay asleep.

Sometimes they pose for you. 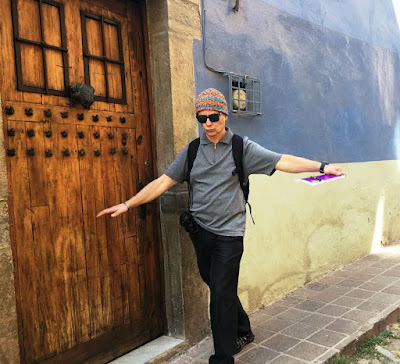 People don't want to have their pic taken, especially by a foreigner. I could see they didn't like it, so I didn't.

But then I bought a hat from a woman who was sitting on a doorstep crocheting with her wares spread on a blanket around her. R clowned for her, pretending to be on a skateboard in his new funky hat, and she laughed, maybe, maybe not understanding. When I asked if I could take her picture, she lifted a hand before her face, got up and turned around, not even trusting that I wouldn't take the picture after she said no. I told her I wasn't going to but she wouldn't turn around again. I'd ruined the moment.

Who cares? I care. 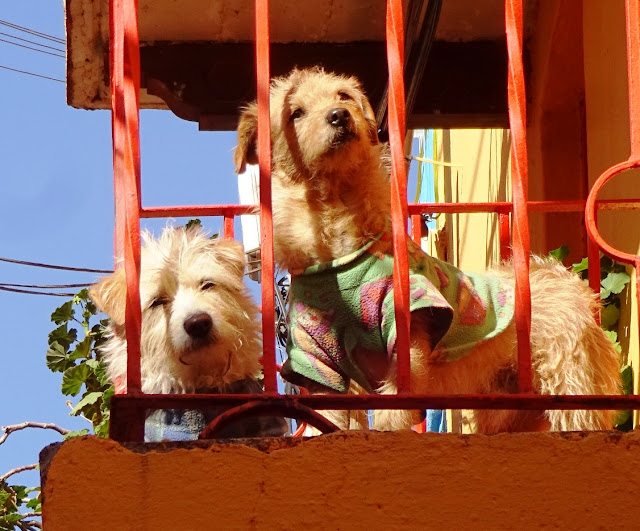 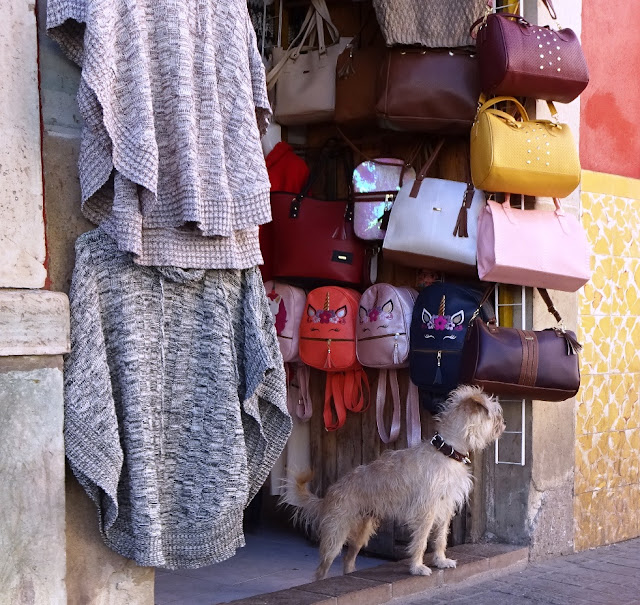 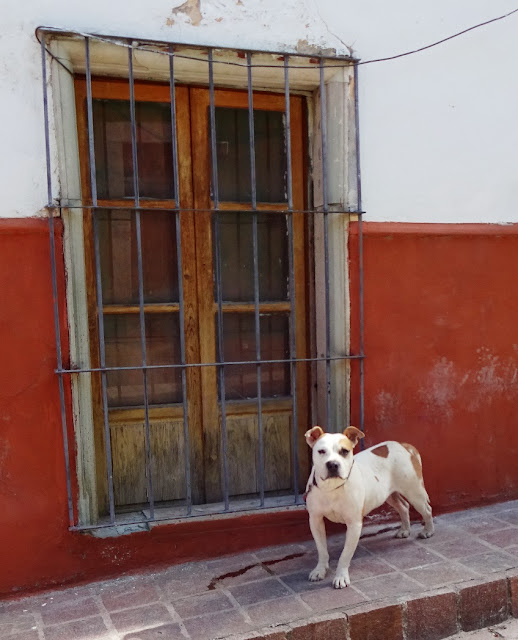 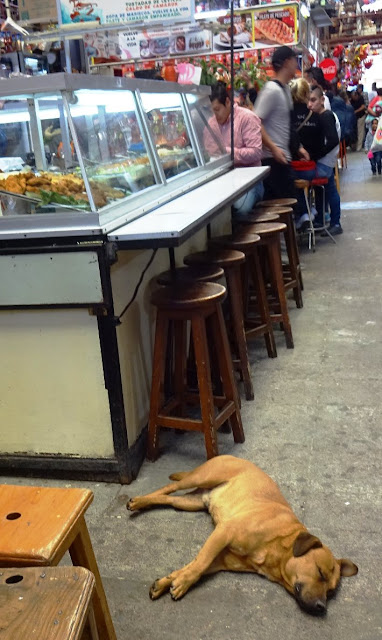 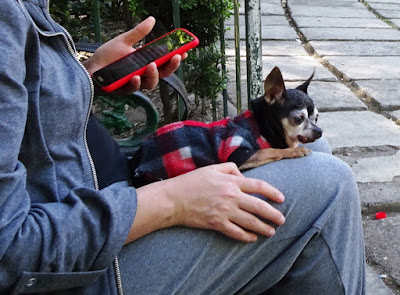 Mind you, I couldn't help when I took pics of dogs and parts of humans ended up in the frame. 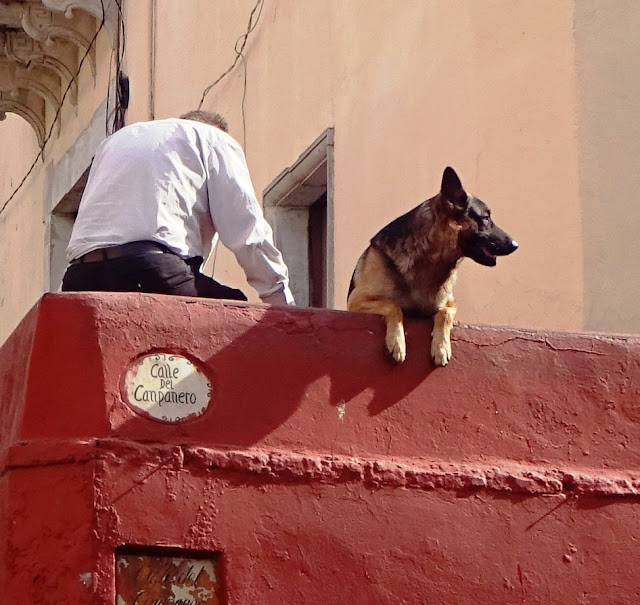 While in Mexico City, we went to an astounding photography exhibit by Graciela Iturbide who spent fifty years travelling around Mexico, taking pictures of people. That's fifty years of bearing witness to how people lived, who they were, their customs, their culture, their lives. Invaluable documentation.
If you're curious, here's a link:
https://www.theguardian.com/artanddesign/2019/feb/23/gabriela-iturbide-mexico-photographs-book-interview

My inclination (compulsion?) as a writer is to "bear witness" but we lose that when instead we choose to respect people's privacy by not taking their pictures.

Of course, I'm no Graciela Iturbide. I've only got a little snap camera. 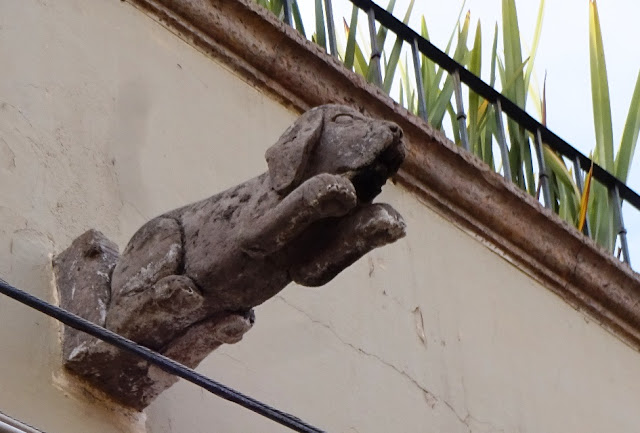 So I took pics of dogs who weren't so fussy about their privacy--and you know what? Dogs show you a lot about the world they live in. The rag rug to wipe your feet before you step inside a store. The cheerfully painted railing and quilted jacket. The dog sprawled asleep in the market, trusting that no one would step on him, as no one did. I have dozens of pics of dogs sleeping on sidewalks and in the streets. That alone tells me VOLUMES about Mexican society,

Less obliging were the roof dogs who did not appreciate having their picture taken. They let me know to get lost fast. 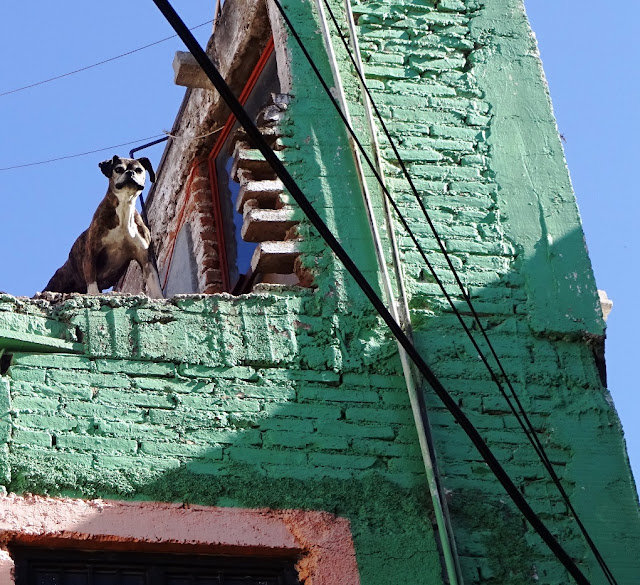