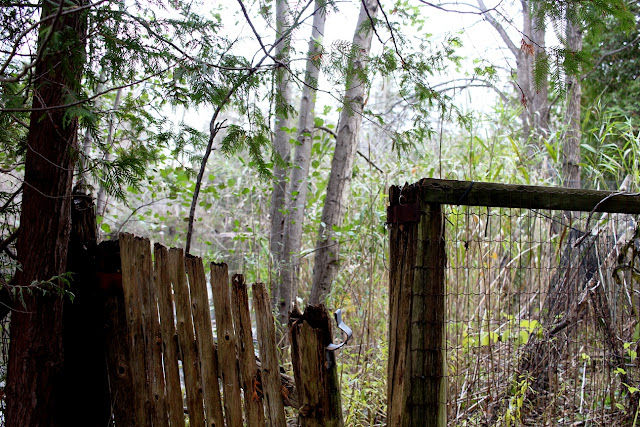 What is it like for people who can never see their once-upon-a-time home again because they cannot return? I ask myself. 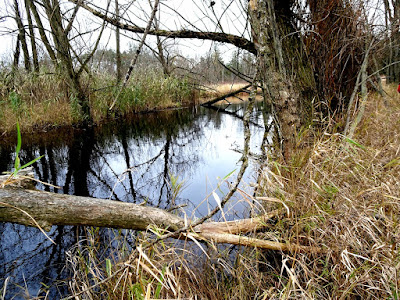 My own relationship with past homes is considerably softer, but still elusive.

I was born in Hamilton, Ontario. My parents had only just emigrated to Canada a year before I was born. They obviously hadn't yet assimilated North American values. In fact, as a child I often wondered why we were in Canada since I often heard my parents say that European quality--Qualität--was so much better. My mother found the neighbours schlampig. Say that out loud. You don't need to speak German to hear that it's not a desirable trait.

Our relationship with our neighbours, most of them from the Maritimes come to southern Ontario for work, was coloured by recent history. Not so long previously their fathers and uncles had fought against the Krauts, and goddamn! if we weren't Krauts living in their midst now. 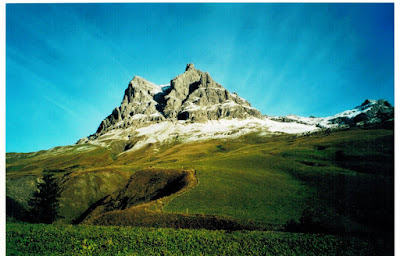 You think that as a child I couldn't have understood these distinctions? I might not have understood what they meant, but I heard Kraut often enough and I was aware we were disliked. I knew I didn't look like the other kids with their pedal pushers and short curly hair. I had long braids and handmade dresses.

However, when I finally met my family in Austria, it turned out I didn't fit in there either.

It was easy when I finally decided to move to Montreal where I didn't "come from", but that's finally become home. 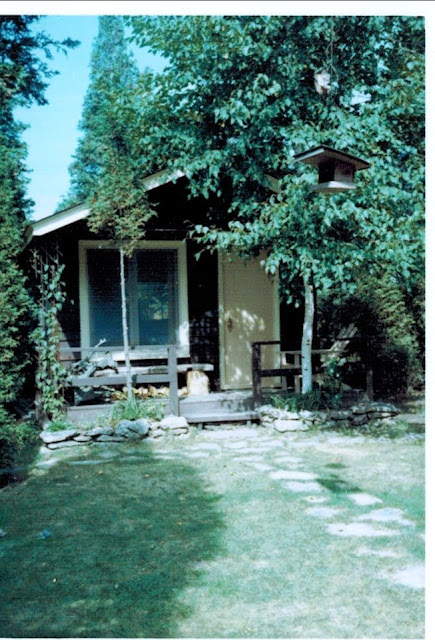 At some point in my timeline of growing up in Ontario, my parents bought land that included several acres of swamp. Behind the swamp was a forest where my father built a one-room cabin--no electricity, no running water--where we camped in the summers and spent weekends. Here it is in the late 1960s. It took several years for a humongous pond to be dug in one corner of the swamp to heap up enough land to get permission to build a house on top, more time again to build it.

When we moved into the house I was fifteen. It was the family home I returned to for visits and Christmas until the house and land were sold twenty-five years later.

Do I have fond memories of the cabin, the forest, living in a house surrounded by a swamp? No. I was a strawberry blond, pale-skinned target for mosquitoes, black flies, horse flies, deer flies, blood suckers. I couldn't figure out how to climb a tree. I wanted to be in a city.

The memories were a mine, though, when I began to imagine a life for Thérèse and Rose in my novel Five Roses.

This, too, is a surprise: among the different landscapes of my past, swampy land feels familiar, the unruly growth and wreckage of it even beautiful.

A couple of weeks ago R and I visited family in Ontario and I wanted to take a drive to the old house, though I was told that the couple who bought it didn't "keep it up".

The house looked abandoned even before I opened the outside screen door to knock and ask permission to walk around. 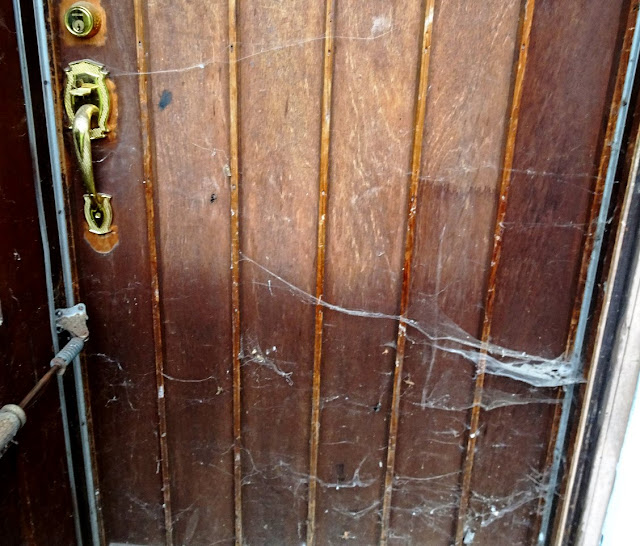 Here's the creek we used to float down in inner tubes or paddle kayaks or a square boat my father made from scrap lumber. Don't get bitten by a snapping turtle, eh? It'll take your finger off. 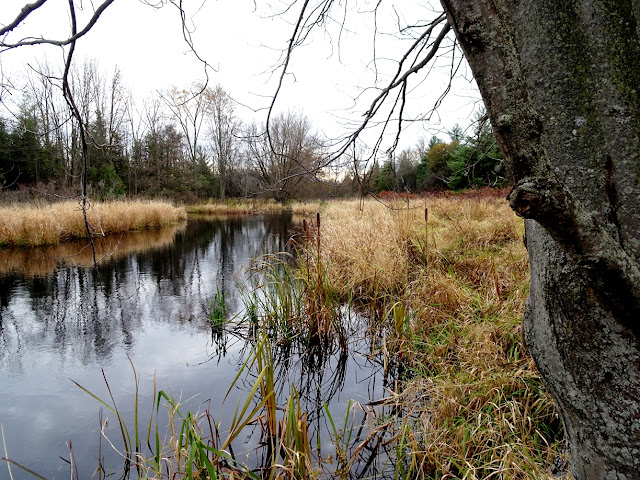 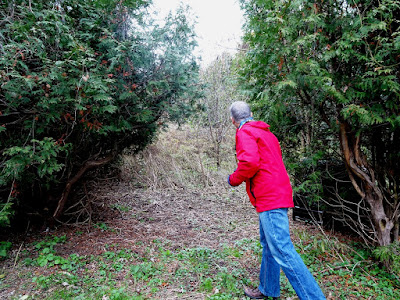 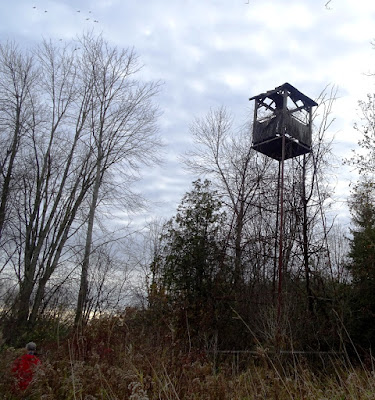 Here's the 30' high tower we used to climb. It was more solid in those days, although it was 30' in the air and you had to throw yourself over the wall from the ladder to get inside. Also dangle in the air while finding your footing to get down again. Mind you, it wasn't built as a toy. It was meant to... sight herons? I'm not really sure. 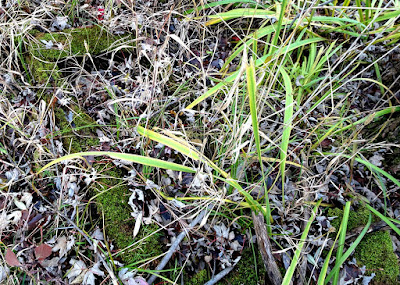 It's sad to see how decayed and abandoned the old place is, though equally impressive to see how tenaciously Nature reclaims its own. My father built a boardwalk to cross the swamp to get to the forest. This moss-covered wood is what's left of it.

And yes, by the way, I KNOW that swamp is more properly called wetland now, but I have my particular relationship with what I assure was and still is a swamp. 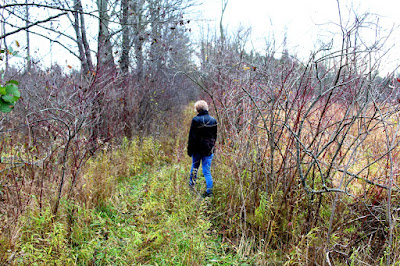 Making our way past the swamp to the forest, all my old landmarks rotted or overgrown by thorn trees and alders, I wasn't always sure which direction or how far to go. A distance that seemed far as a child isn't the same as an adult. In fact, it might be farther. In the forest I felt lost at the same time that I recognized the wet leaf scent, the softness of decomposing pine needles underfoot, the brush of the trees.

And here, faded but still nailed to a post, one of our old handmade signs. 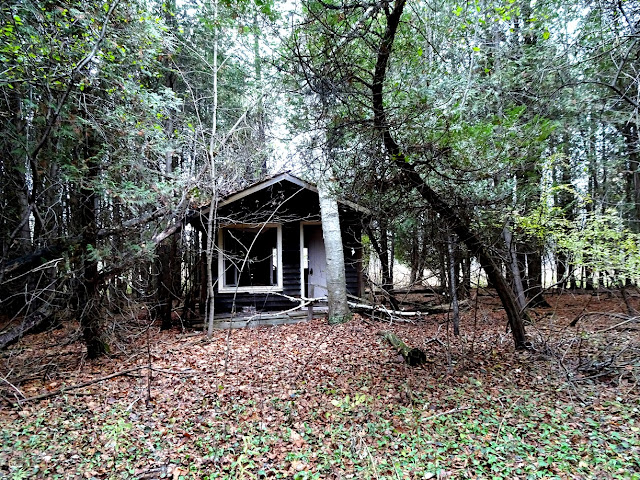 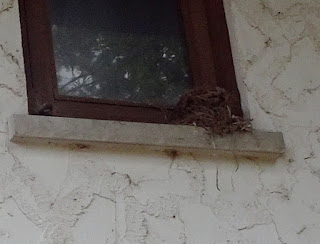 The windows of our old cabin were smashed, the inside wrecked. The rope swing my father hung between two pine trees was gone. No trace of the driftwood fence, the outhouse, the benches, the birdbath.

Well, of course not.

Back at the house, walking around it one last time, I saw the bird's nest on the sill of my old bedroom window.

Email ThisBlogThis!Share to TwitterShare to FacebookShare to Pinterest
Labels: ontario