what's wrong with this map?

I bought this postcard when I was downtown today. It's a map of the city of Montreal, right? But something is wrong with it. 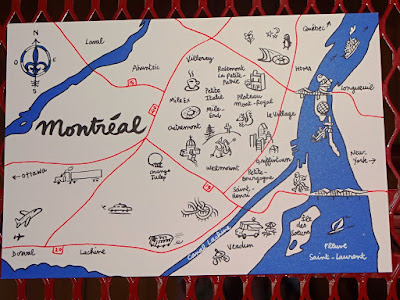 Sure, all the hot spots are there. 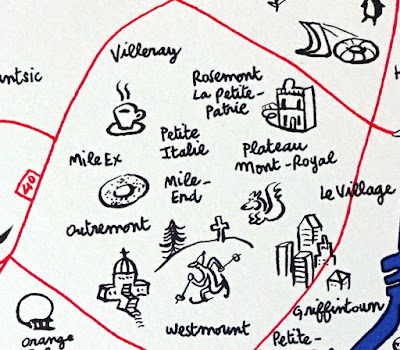 The Plateau. The mountain with its cross atop and where you can go skiing in the winter. The Oratory where you can do the stairs on your knees if you're feeling pious and want everyone going by on the Queen Mary bus to know. Espresso in Little Italy. Bagels in Mile-End. Downtown. The Gay village. And over on the Decarie the famous Orange Julep. 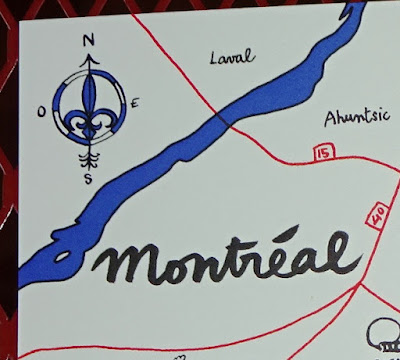 Cardinal directions in case you need orientation, including a patriotic fleur-de-lys in the event you need that kind of orientation as well. The highways showing you how to get off the island. 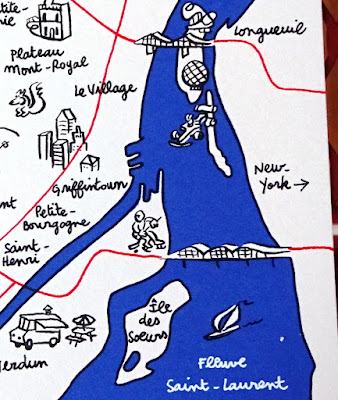 On the other side of island, the river. Not just any ol' river but the St. Lawrence River that Jacques Cartier thought would lead to China. Up top you have the remains of Expo '67. Below that the site of the Grand Prix. The Champlain Bridge which is being rebuilt as I write.  An arrow to head you toward New York.

Why is the neighbourhood where I live not marked on this map? 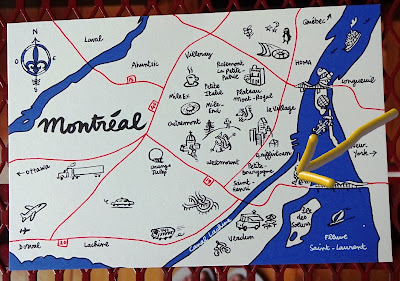 There is it, right there. It's called Pointe St-Charles. Believe me, it exists.