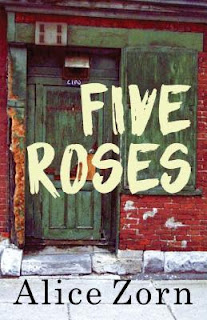 I have a new novel, Five Roses, coming out with Dundurn Press in July, 2016. Yeah, I'm excited.

Among the many steps between having a manuscript accepted and seeing it published is choosing a book cover. Since I already have a suspiciously flowery title, I wanted to stay away from images that were delicate.
Montrealers will probably guess that the title has to do with the Farine Five Roses on the south-west horizon of Montreal. 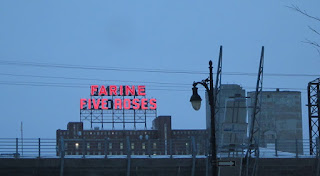 I had expected to be able to use the sign for my book cover, but was not granted permission by the company who now own the building. I argued that the sign is an iconic landmark belonging to the skyline of Montreal since 1948. I've seen T-shirts, cushions, cellphone covers, even mirrors emblazoned with the sign, but the company was adamant.

Fine. I took my camera through the neighbourhood of Pointe St-Charles and along the Lachine Canal where the novel is set.

Here are some of the pictures I sent my press, Dundurn. 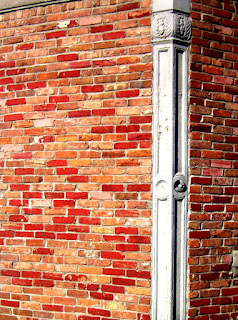 Brick row houses are the norm in Pointe St-Charles, though I suppose one would have to be an aficionado of brick (which I am) to truly appreciate this image. 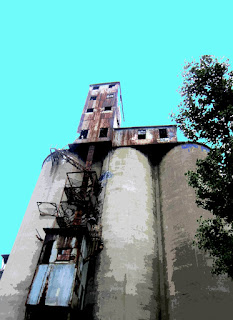 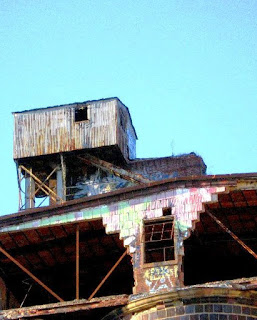 Pictures I took in the Pointe were characteristic of the setting of much that happens in the novel, but they were too visually busy to use as a background for a title. This, one for example. 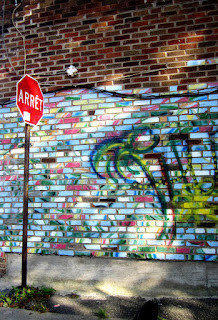 Weaving would have been a good image since one of the characters in Five Roses has a loom she sets up in an old warehouse on the Lachine Canal. Weaving also lends the ambience of many threads being gathered together and woven into a piece of cloth, which is part of what I feel I'm doing when writing a novel. 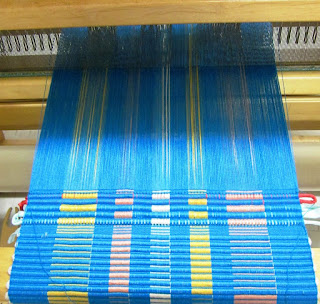 But as a book cover, the image is perhaps too staid?

An important aspect in the novel is the gentrification of old neighbourhoods--people like Fara in the novel, (and myself and R) who move into rundown neighbourhoods, buy an old house and fix it up. On the one hand, this is called revitalization. On the other hand, the lower-income residents get  pushed out. I'll write more about this in a later blog.

Between my press and myself we chose to use a photo which R took in 2001 when we moved to the Pointe. 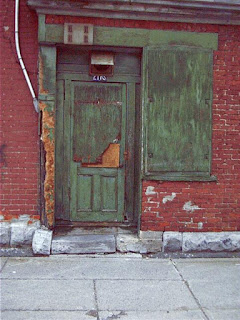 Here's what the same door and window look like in 2016: 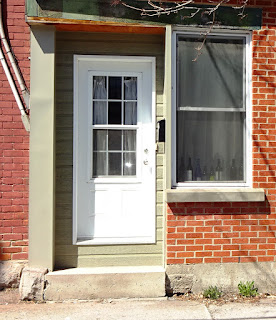 That's gentrification. Perhaps including the wine bottles on the window ledge? Though who knows what was on the other side of the plywood.
Posted by Alice at 10:35 AM