throwing in the towel (as in writing)

I grew up thinking the expression was throwing in the bucket. My mother wasn’t a native English speaker and frequently added punch to what she found a flabby inexact language. So you have to hear the contempt and the accent: he alvays srrrows in ze bucket! A lot more definitive and dramatic than a towel.
Bucket or towel, when it comes to writing, I never can. I hang on past desire, inclination, plain old common sense. It’s not commitment. It’s compulsion. I don’t think I’ve ever let a story or a half-hatched novel go. What more likely happens is that my current computer breaks and I get a new one that no longer supports old storage devices—for example, those little A drives. Or a CD gets corrupted. By that point, of course, the writing is so old, it should have been offered a decent goodbye and been buried.
I need to learn to say no. To recognize when I’ve wasted enough time and a piece isn’t working.
I think part of the problem is that the feeling of wasting your time on a hopeless project feels far too much like the questions that surface all the time while you’re writing. Certainly in my case. Is this working, does this drag, is it interesting, does it make sense, who fucking cares, is this working, is this working?
People who continue to write, despite their doubts, are the ones who learn to banish the inner voice to some obscure oblongata where it might continue to squeak, but is too far away to hear distinctly. If you let it get too close, it will get louder than your characters. You cannot let yourself listen. You say no. You growl. You go for a walk and let the wind blow it away.
But then how do you recognize--because it is always possible--when it’s time to listen to the voice? Even the characters are sounding bored with their dialogue because you’ve put them through their paces so often. You’re revising pages you originally wrote before your niece was born, and she’s as tall as you are now. You’ve been told by more than one editor that this block of writing does not work. You had to cut it from the novel. Your best writing buddy, who tries his damndest to get into your groove, can’t get into this one. You spent the whole of your last writing retreat trying to reshape these pages yet again. Your teeth are starting to hurt just thinking about it.
This morning I did it. I packed the old pages away under some other stacks of old pages. Best would be if I could throw them in the recycling bin and erase my USB pen, but hey… go easy. Even alcoholics are allowed to taper off with beer. I’ve said my goodbyes to the characters and their stories. I might want to keep some passages of description. I will stop trying to revise those particular pages. I have SRRROWN IN ZE BUCKET! 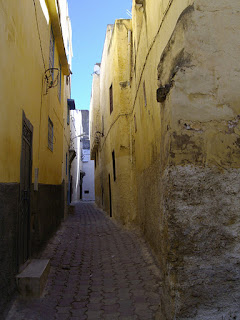