Here are some pictures from our trip in late February, early March. We stayed mostly in Mexico City with two trips--to the pyramids at Teotihuacan and a couple of days in Taxco, about 2 hrs away in the mountains. I wrote a few posts about this trip at that time. (Scroll down to Feb and March.)
The dominant visual impression I'm left with now that a couple of months have passed is that Mexico City is vibrant with colour. Dancing. Adobe and Art Deco. It's where old Volkswagens go when they're not ready to die yet. 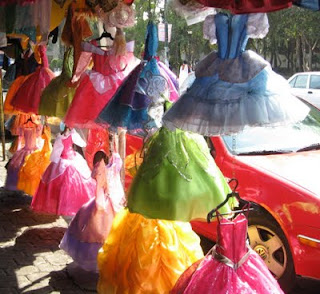 At a street market. 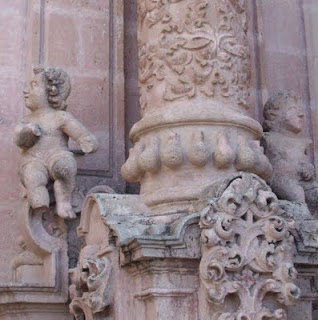 Detail from a church. 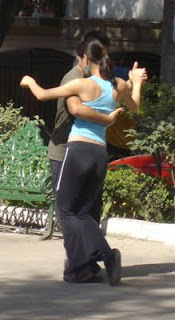 A park on Tues afternoon. They were in a corner with a small ghetto blaster, dancing for themselves. Kids cycling by. 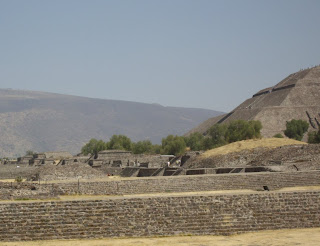 The Sun Pyramid at Teotihuacan. 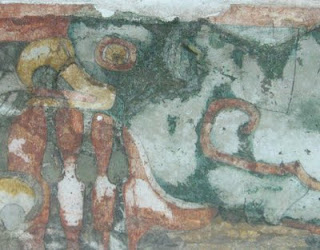 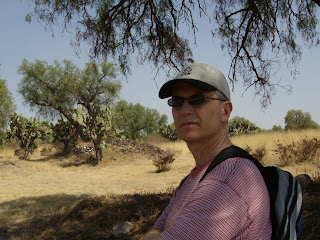 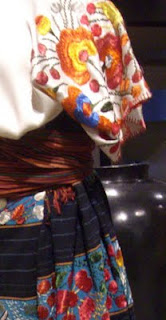 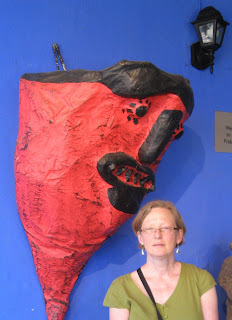 Myself and papier mâché head at Frida Kahlo's Blue House. 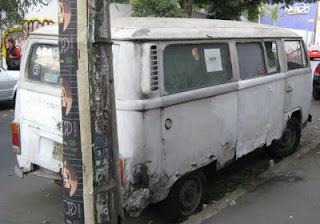 One of dozens of pix of Volkswagens.
Sentimental note: my first and only car was a VW Beetle, pale blue, 1971. 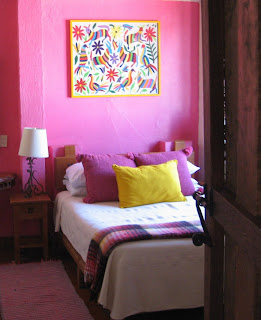 Our room in Hotel Los Arcos in Taxco. 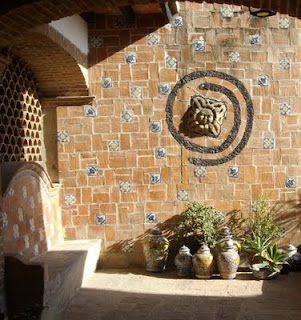 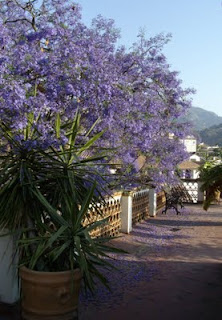 Jacaranda blossoms on the rooftop terrace. I love that they weren't swept away. 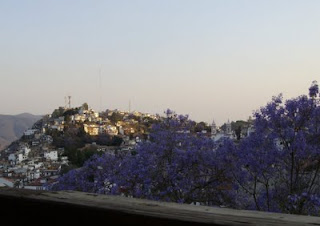 Taxco at dusk (to the sound of gunfire). 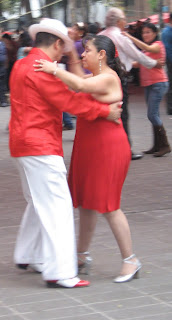 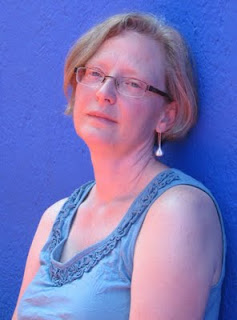 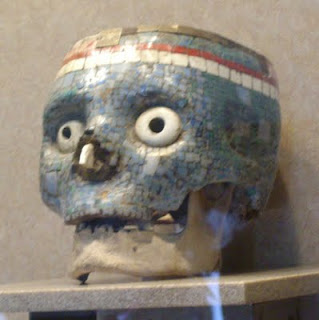 One of many museum exhibits of funerary offerings featuring skeletons. 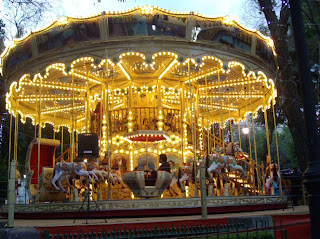 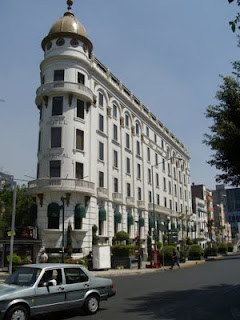 Hotel Imperial Reforma where we stayed in Mexico City. 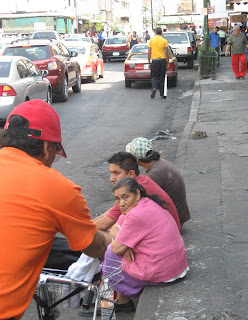 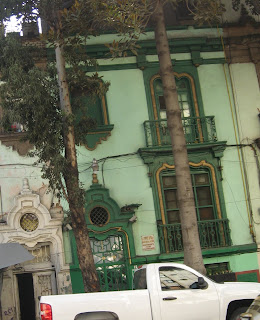 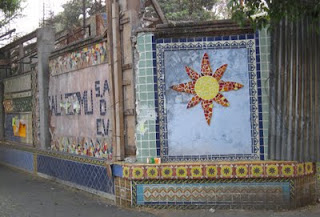 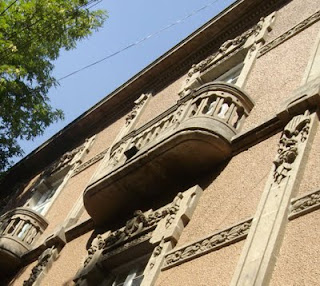 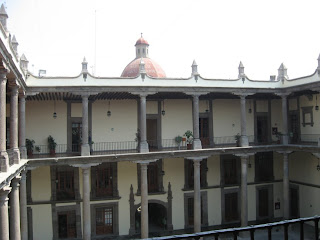 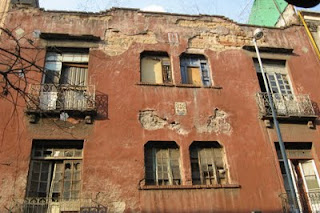 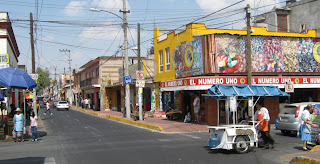 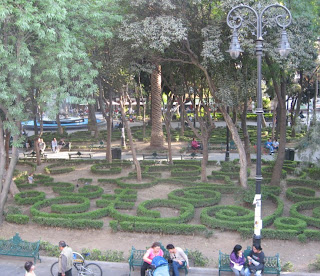