cycling across the St. Lawrence River

We live on the southwest edge of the island of Montreal.
Usually we cycle on our side of the St. Lawrence River, but today we crossed the ice bridge, which is called l'Estacade if you're looking for it on a map. 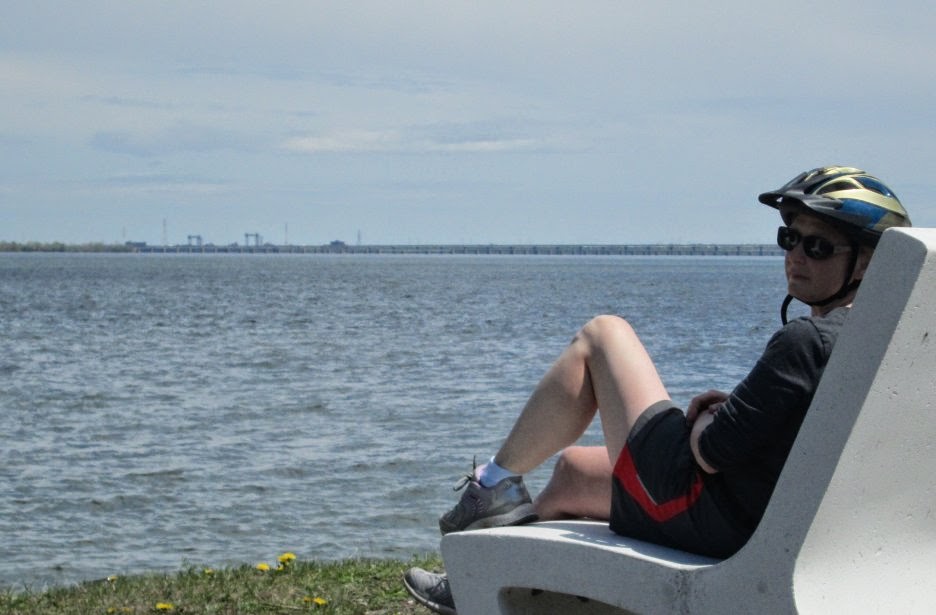 In itself, l'Estacade is a no-nonsense bridge, not much to look at, just over 2 k (1 1/4 miles) long. Its purpose is to break up and slow down the tremendous weight of ice in the winter before it crashes into the larger Champlain Bridge. For the rest of the year, during rush hour, city buses ferry people between the south shore and the city of Montreal. During off-hours and on weekends, the ice bridge is a wide, open path for... cycling! 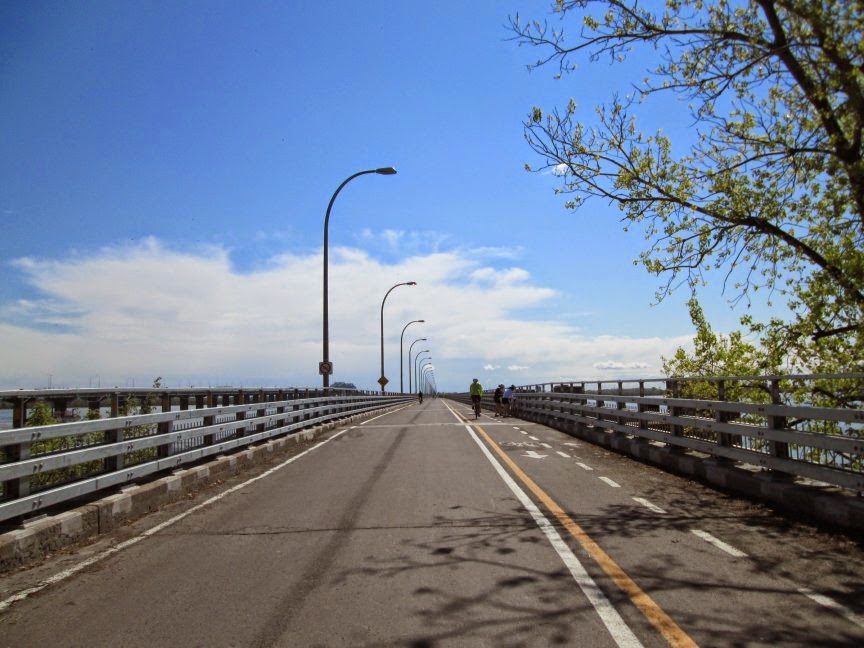 What's great about l'Estacade is being high over the river, feeling the breeze, seeing the view. Here I'm facing west with the city behind me. 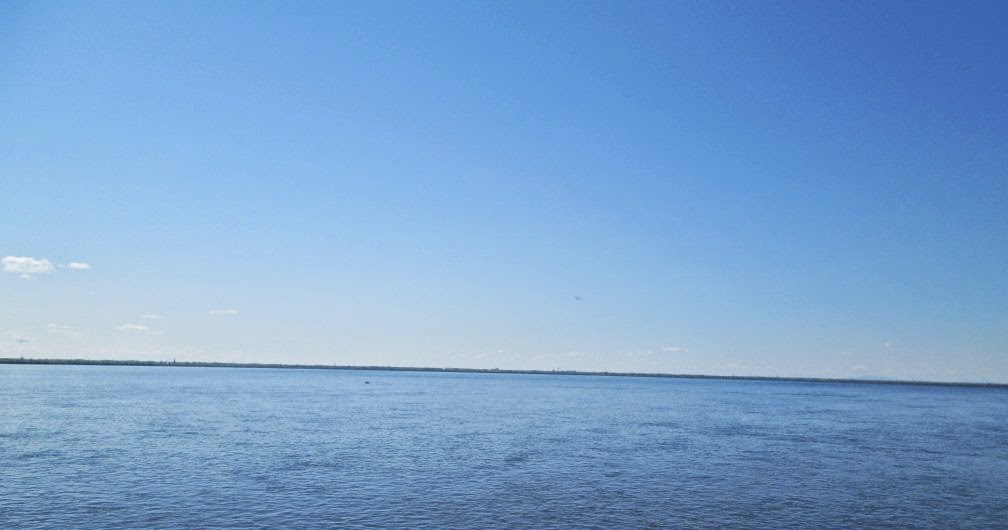 Last summer we were cycling across, trying to get back to the city before a thunderstorm hit. (Yeah, that was dumb). The sky thick with black clouds, rain so hard I couldn't see through my glasses, and I kept trying to cycle because I thought having tires between myself and the asphalt was safer than trusting that lightning wouldn't strike the bridge. The gusts of wind were stronger than I was. Booms of thunder. I couldn't believe a person would survive two heart surgeries and an upper GI bleed, only to get blown off a bridge or fried by lightning. Since then, I check the weather before we leave home.

Here's the Champlain Bridge which the ice bridge is supposed to protect. 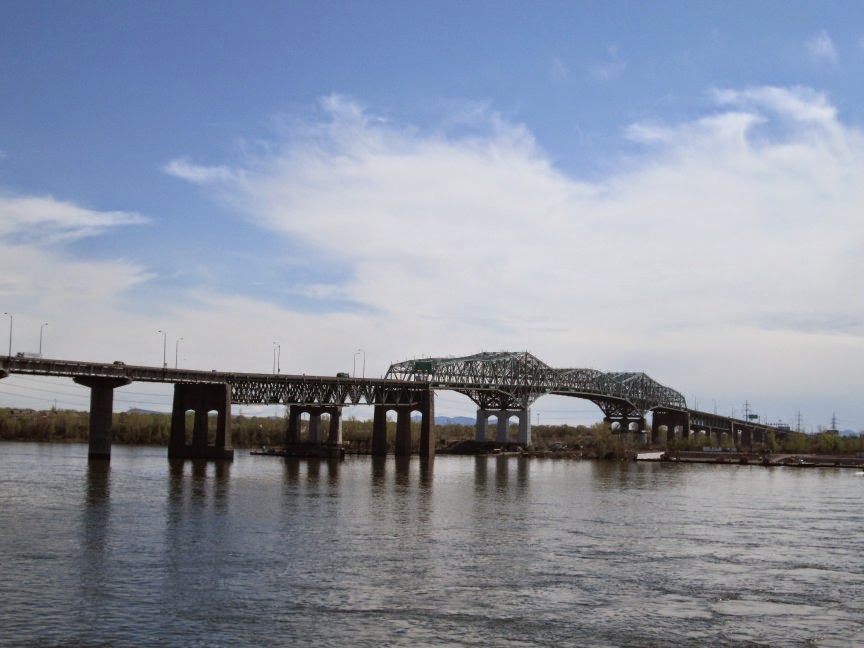 Once on the south shore, you're under the Champlain Bridge--and here's the bike path. Going in this direction will eventually get you back to Montreal. 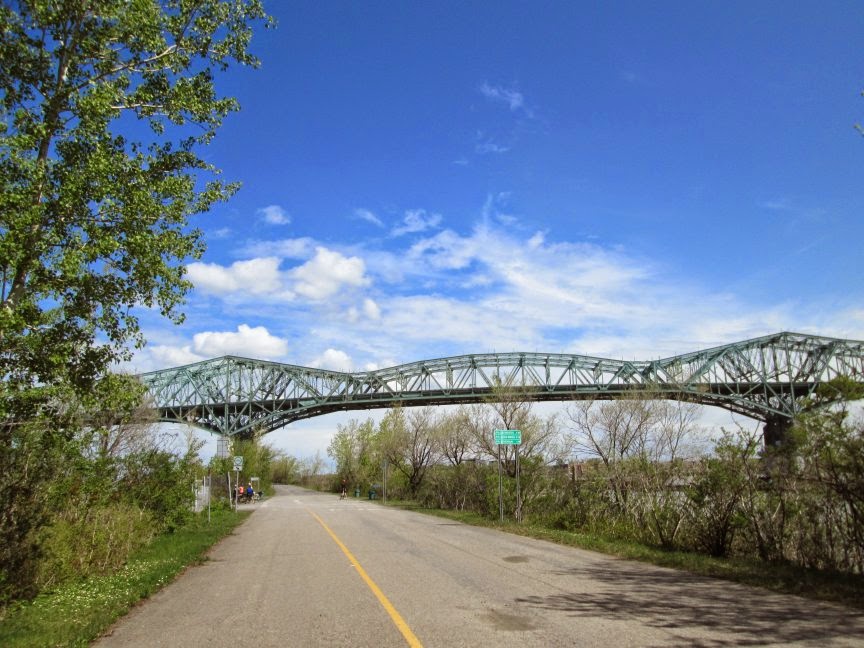 
The water on the right is the river with Montreal on the other side. On the left is the seaway, which was built in 1954-59 to provide deep-water access for the ever-larger ships that are needed to... I don't know. Bring pineapples to Canadian tables.
Here's a behemoth that happened to be passing. 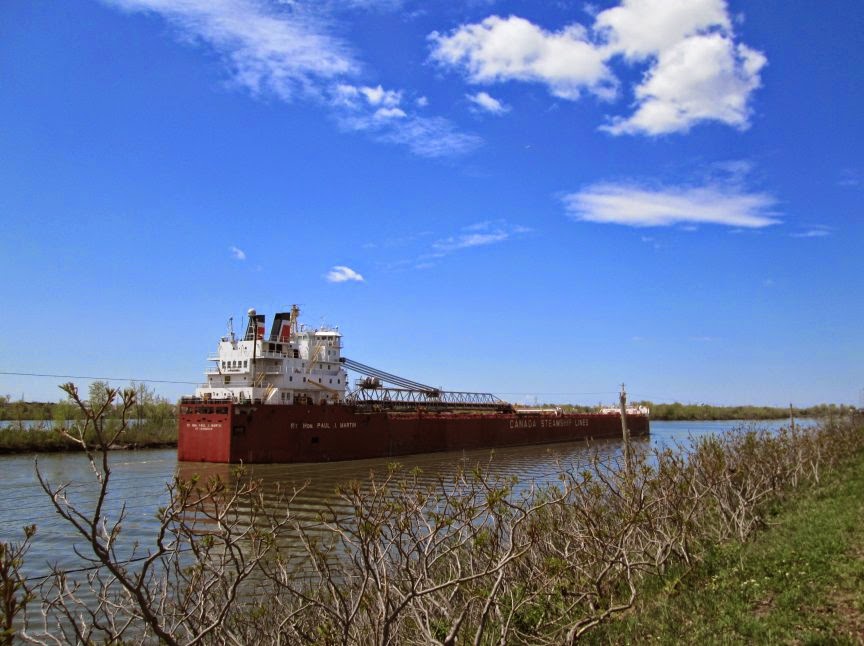 If you wondered how far we cycled, here's the Champlain Bridge (see above) in the distance. 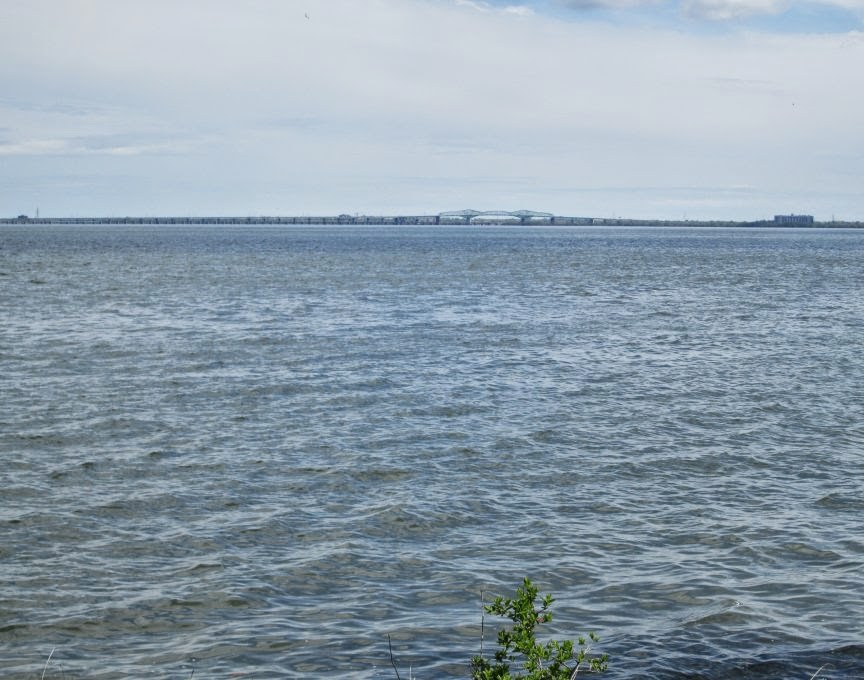 On the way home again, you see the Champlain Bridge with the city in the distance. I've circled the Farine Five Roses sign because that, to me, is where I aim when I want to get home. 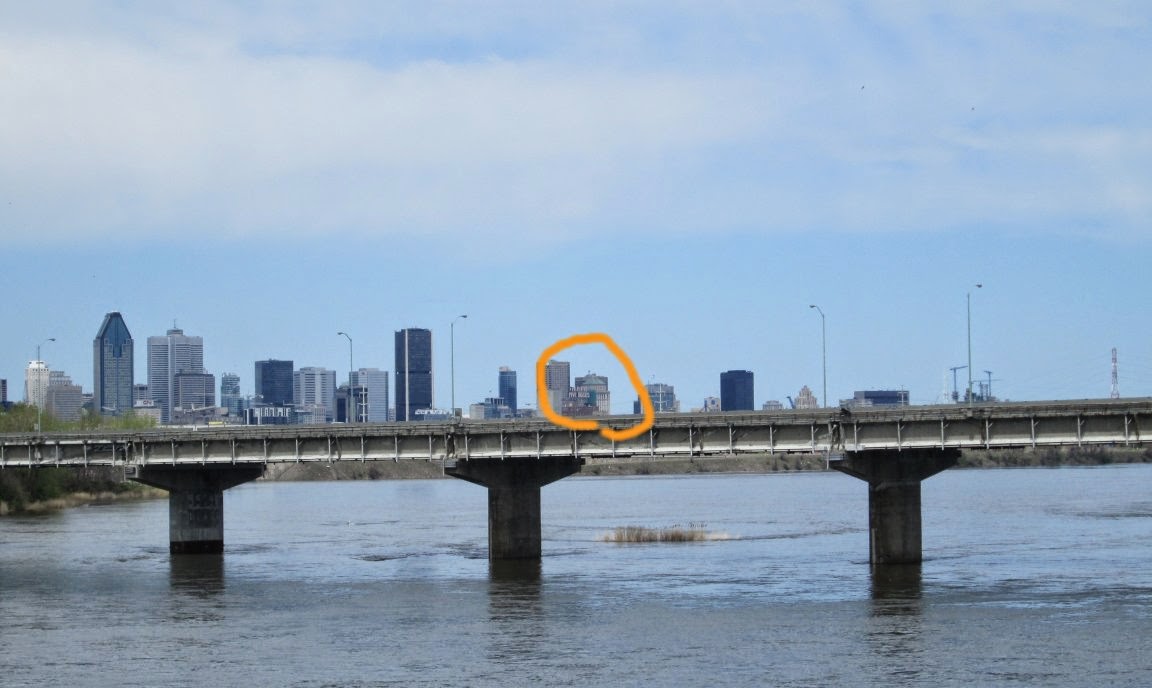 The Five Roses sign is a story I'll tell another time.
Posted by Alice at 9:51 PM