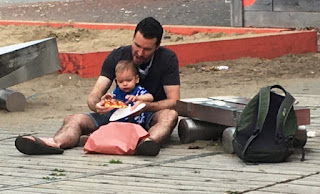 You're walking and your eye yanks at your brain and says, Hey look, look again, look closer. 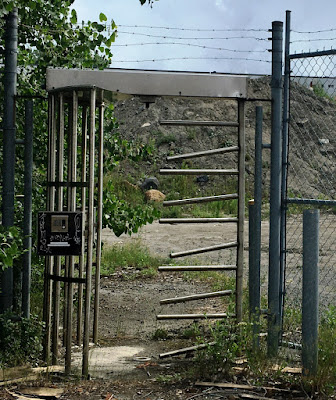 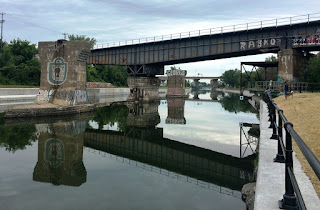 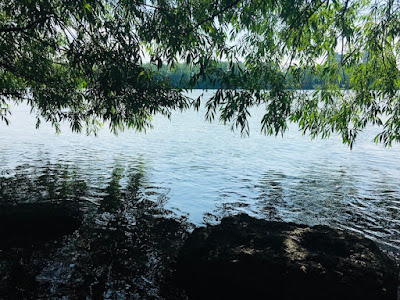 I added my own photo-edited graffiti to this one created by Dodo (upper right corner): 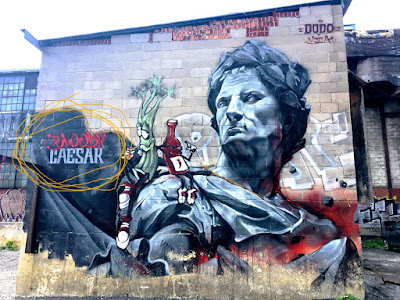 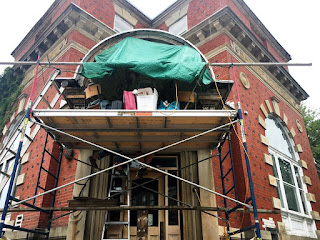 This used to be a Bank of Montreal, built in 1901 in Pointe St. Charles by Andrew Taylor, closed as a bank I don't know when, bought by an individual rumoured to be a McGill professor who lives there now. He kindly makes the large hall, where people used to see tellers to do their banking, available to the PSC Community Theatre for performance space.
The scallop pediment over the main door is being restored. Cf the image below, taken by Alexis Hamel in 2010. 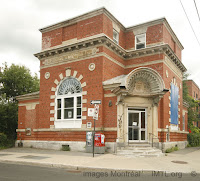 However, the building wasn't what caught my attention as I walked past. 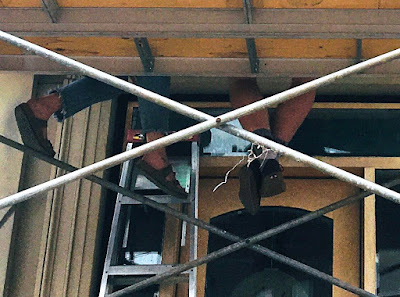 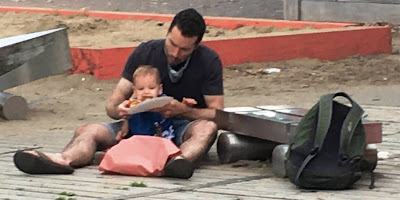 Still working their way through pizza. 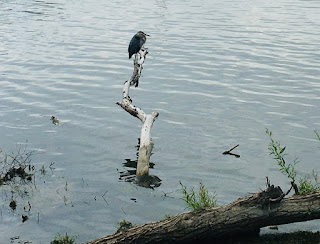 Here, I could narrow my focus to pretend I'm seeing a Great Blue Heron in the wilds. Not fishing, probably resting after a long morning of standing on one leg, neck outstretched to mimic a tree and fool the fish. Do herons shift from leg to leg when they get tired? I wonder.

But I haven't even left Montreal. Along the shore, mere metres away, is the bike path, which these days is busy with cyclists, rollerbladers, pedestrians with or without baby strollers and/or dogs, flocks of Canada Geese, skateboarders, even the odd illegal motorcycle.

So this is what I really saw.

For better or worse, birds have learned to coexist with humans, their various activities, structures, habits, even their garbage and pollution.


Or have had coexistence forced upon them.

Question is: will humans learn to coexist--with each other, with other creatures, with the world we live in? Or wait until everything crashes around us. 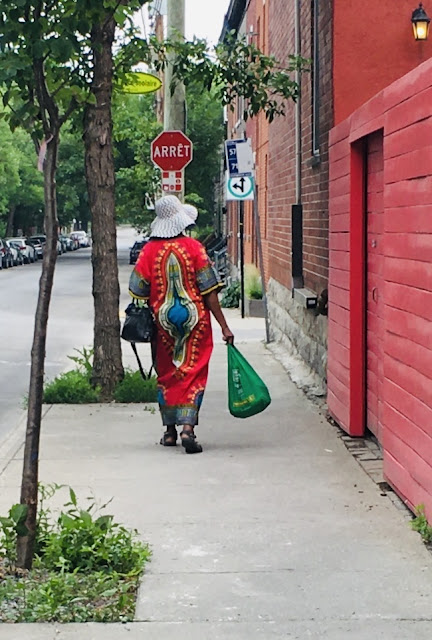 ps I cheated. One of the above pics was taken in July.
Posted by Alice at 10:53 AM